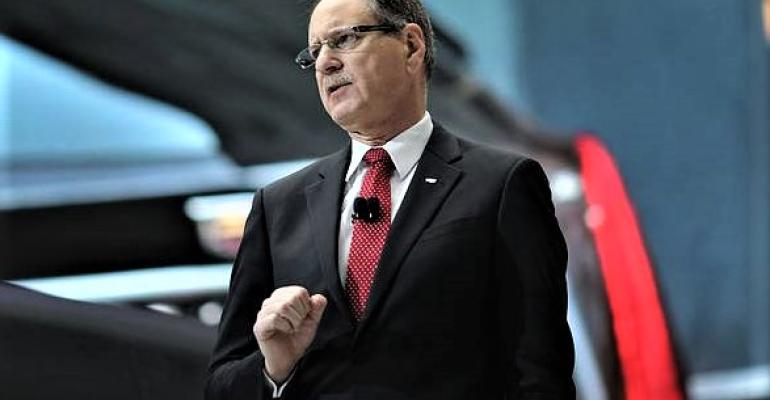 “It's time for me to step aside and let others who are more than capable to lead the way,” Johan de Nysschen tells Wards. “I’ve done everything I have set out to do here, but you are never truly ‘done.’ There’s always the next thing in any job.”

CHATTANOOGA, TN – Volkswagen Group of America is losing another of its top executives.

De Nysschen, 62, rejoined VW in October 2019 to oversee its North American regional operations. No replacement has been named, he says.

The longtime automotive executive, a South African native, previously led Cadillac, Infiniti and Audi of America and has been a figure in the industry for 30 years.

De Nysschen previously reported to Scott Keogh, who was head of Volkswagen Group of America until he left the position in July to lead a new VGOA unit, Scout, which will launch all-electric pickups and rugged SUVs in the U.S. market.

He says he told Keogh’s replacement, Pablo Di Si, previously the executive chairman of Volkswagen South American Region, of his intentions to retire back in July when Di Si first came on board.

“It's time for me to step aside and let others who are more than capable to lead the way,” de Nysschen tells Wards. “I’ve done everything I have set out to do here, but you are never truly ‘done.’ There’s always the next thing in any job.”

De Nysschen moved to Chattanooga last year to be close to VW’s manufacturing plant here. He says he and his wife bought a house which they are in the process of renovating and they intend to stay here.

“It’s beautiful here, there are many lakes and trees, and we can truly relax,” he says.

He is meeting with the city’s Chamber of Commerce and says he plans to assist in the community, which has a high poverty rate. He also plans to get involved with the engineering departments of local universities, he says.

“Volkswagen has graciously given me the use of an office in Chattanooga which I can use as a base for my volunteer activities,” de Nysschen says.

The COO role at VW was meant to streamline the executive reporting structure and better coordinate and align the brand’s operations in the region, the company said at the time of de Nysschen’s hiring.

VW created the regional structure in 2016 to let the teams closest to the business make more of the decisions that affect the brand in the U.S., Canada and Mexico. The goal was to increase efficiencies across the region and develop products tailored to the markets, including the bigger Tiguan, the midsize Atlas SUV and the upcoming Atlas Cross Sport, a 5-seat, midsize SUV.

De Nysschen was hired to apply his 30 years of experience, including 20 with the VW Group, to the execution of the brand’s strategy and overall operational excellence, according to the automaker.

He previously spent more than 20 years with the VW Group where he led Audi to success in markets including South Africa, Japan and the U.S.

Before his latest stint at VW, de Nysschen was at General Motors, where he was president of the Cadillac Div. Before GM, he led the Infiniti brand globally.