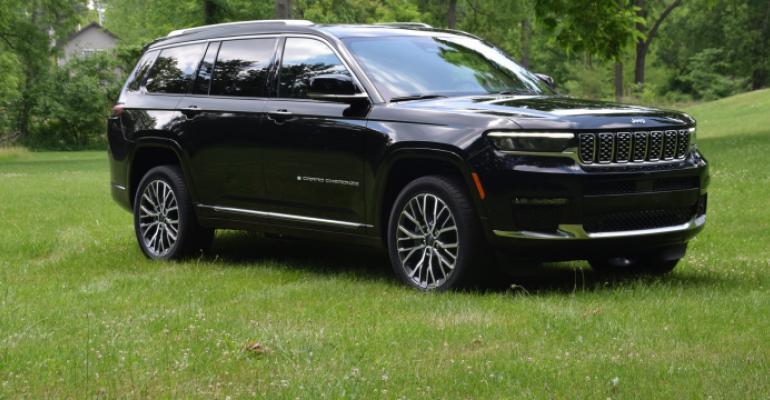 Since its introduction in March, the Jeep Wrangler 4xe has become the best-selling plug-in hybrid-electric vehicle in the U.S., says Stellantis CEO Carlos Tavares, who credits the Jeep team with turning the brand into a global powerhouse.

Inflationary pressures are growing, but Stellantis CEO Carlos Tavares says he is confident in the company’s evolving strategy, which includes a new approach to the Chinese market, more emphasis on electrified vehicles and the synergy created by the merger of Fiat Chrysler Automobiles and France’s PSA Group.

“We don’t want to be a follower,” Tavares says as the automaker reports financial results for the first half of 2021.

Tavares singles out the strength of the company’s Jeep brand. Jeep’s appeal in diverse markets such as India and Japan, where it posted record sales in the first half, is expanding even as it rolls out new electrified models.

Jeep sales are also growing in South Korea and Jeep products are the top sellers in the SUV segment in South America with a market share of 14%, Tavares says. The Jeep Compass and Jeep Renegade also were the best-selling plug-in hybrids in Italy, he adds.

Sales of the Jeep Wrangler set a record in the U.S. and since its introduction in March, the Jeep Wrangler 4xe is the country’s best-selling PHEV, says Tavares, who credits the Jeep team with turning the brand into a global powerhouse.

Stellantis is launching production of the Jeep Grand Wagoneer at a plant in Warren, MI, and it will display the new two-row version of the Grand Cherokee later this month at the New York auto show.

Stellantis will introduce 11 battery-electric vehicles and 10 PHEVs over the next 24 months, Tavares says, and will offer a full range of electrified light-commercial vehicles in Europe, along with hydrogen-fuel-cell-powered medium-duty vans by end of 2021. The automaker is also committed to the construction of a new battery factory in Europe.

Tavares emphasizes Stellantis has gotten off to a fast start since PSA and FCA officially merged in mid-January. In the first half of 2021, revenues climbed 46% to €75.2 billion ($89.3 billion) on a pro-forma basis and operating profit was €8.6 billion ($10.2 billion).

Stellantis’ margin in North America was 16.1% thanks to strong sales of light-duty trucks and Jeep-branded vehicles, Tavares notes. The strong start post-merger produced synergies of €1.3 billion ($1.5 billion) of net cash in the first six months of 2021, he says.

The semiconductor shortage and the continuing impact of major investments in electrification is impacting the company’s finances.

The company’s performance was hampered by losing 20% of its planned production in the first half, leaving it with negative cash flow, according to Stellantis executives.

In Europe, the company’s market share has expanded and the turnaround of FCA’s European operations is gaining ground, helping boost profit margins in Europe to 8.8%, the CEO says.

In addition, Peugeot is the No.2 brand in Europe with 7.1% market share in first-half 2021. The Opel Corsa was the first-half segment leader in Germany and the U.K., while Fiat was the market leader in Italy during the same period with the 500e the best-selling electric city car in 10 countries.

Stelllantis reached CO2 emissions compliance in Europe in the first half, which means it will avoid paying fines.

Maserati finished the first half in the black with adjusted operating income of €29 million ($34 million) and the brand’s first-half market share increased in all key global markets, Tavares says. In South America, the company’s overall market share has grown to 23.6%, he says, adding the company’s new Chinese strategy will be in place by year-end.