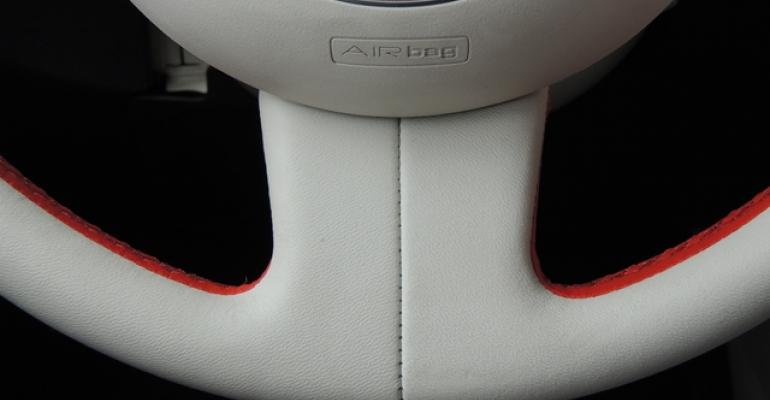 Veteran litigators say in the event of a defect notification from an OEM, suppliers should quickly identify employees involved and lock down communication on the topic.

LIVONIA, MI – U.S. light-vehicle recalls set an all-time record last year and experts predict they will remain elevated in coming years, so parts suppliers should get their houses in order to overcome potentially costly penalties and litigation.

Last year, OEMs recalled 53.2 million cars and trucks across 927 campaigns, a record high for the third year in a row. Takata’s ongoing airbag-inflator campaign accounted for 44% of last year’s recalls. But even backing out Takata’s activity, as well as a 3.6 million-unit General Motors recall targeting sensing and diagnostic equipment controlling airbags in its popular large trucks and other vehicles, automakers brought back more than 30 million vehicles after decades of barely breaking the 10 million mark.

The numbers are expected to remain elevated, NHTSA has said, because by 2020 the number of vehicles brought back to fix Takata airbags will reach upwards of 69 million.

“It is an extraordinary recall,” says Steinkamp, author of

The faulty Takata airbags so far have been blamed for 11 deaths and 184 injuries. The U.S. Department of Justice recently levied against the company a $1 billion judgment, which includes $975 million in restitution and a $25 million fine. Three of its leading executives have been charged with fraud and conspiracy.

But Steinkamp tells a meeting of the Society of Automotive Analysts here that automakers and suppliers are feeling the heat of an intensified focus on airbags by federal regulators, as more of the safety devices get flagged for recall instead of a less-severe technical service bulletin. A TSB does not require OEMs to fix affected vehicles; the notice simply makes owners aware of a potential problem.

“There are a lot of components in an airbag, too, so there’s a lot of potential for a recall,” Steinkamp says.

Outside of Takata, most recall campaigns are relatively small. Last year, 80% involved fewer than 100,000 vehicles.

“This hasn’t changed much in the last few years,” Steinkamp offers.

But what has changed in recent years is the frequency in which suppliers are being named in recall forms outlining a safety defect. For example, Delphi was named as the component manufacturer in GM’s notification of its airbag recall last year.

“There has been a gradual increase, (and) there are reasons they are being named,” Steinkamp says.

OEMs such as GM do not name suppliers to shield blame. Experts tell WardsAuto it is an outcome of a recent push by NHTSA for automakers to include richer data in the recall notifications. It helps alert other automakers who may be using the same supplier of a defective technology, while other suppliers are made more aware of potential problems that could occur in similar parts they may have in the market.

Whatever the intention of identifying suppliers in the recall notifications, Steinkamp notes defects from the assembly process are declining while design- and manufacturing-related defects are rising.

“This suggests a growing emphasis on suppliers,” Steinkamp says.

SRR advises parts makers to more carefully consider OEM programs they intend to enter and their degree of exposure to design and manufacturing, because automakers have begun monitoring their defect mix more closely to more fully recover recall-related costs from suppliers.

Veteran litigators say in the event of a defect notification from an OEM, suppliers quickly should identify employees involved and lock down communication on the topic.

“Minimize or eliminate internal discussions through e-mails or text messages between engineers or disgruntled employees, and quickly preserve all communications between your development people and the (OEM) customer,” says Daniel R.W. Rustmann, co-chair-Global Auto Industry Practice Group at the law firm Butzel Long in Detroit.

Hire third-party counsel to help determine the cause of the defect, he adds. Those findings can be kept confidential from customers.

At the same time, put a leash on your own engineers, who by their nature want to test parts beyond their limits to determine the root cause of a defect.

“You can create a body of evidence,” Rustmann says. “You only want to determine if the part meets OEM specifications.”

But defect terms often are laid out ahead of a part’s development, which can leave suppliers at a disadvantage down the road if a problem occurs.

Make document discovery of any litigation global, too, he says.

“It’s a global industry and depending on the OEM or supplier, design of the car could have occurred in a foreign country,” Manganello says.

Mark A. Aiello, partner and co-chair-Automotive Industry Team in the Detroit office of Milwaukee-based law firm Foley & Lardner, says closer cooperation between suppliers and OEMs during a root-cause investigation can reduce disputes over recovery costs and in the end save money on both sides and preserve relationships.

“There is an effort for more cooperation,” he says.

The experts also suggest suppliers begin making accruals for defect costs, as leading automakers started adding the metric to their financial reports in 2014 to give investors a clearer look at recall costs. Since it’s more difficult for suppliers to make such estimates annually, they suggest making such determinations as defects occur.

Perhaps most importantly, they say, watch out for OEM-imposed arbitration timetables during the cost-recovery process. Butzel Long’s Rustmann says automakers push timetables intending to arrive at a resolution more quickly and less painfully, but that’s rarely the case.

“In my experience, it’s just another way to stack the deck against suppliers,” he says. “It doesn’t reduce the workload; it just puts the supplier at a disadvantage. It’s difficult, expensive and burdensome. Be firm and avoid arbitration with compressed timetables.”