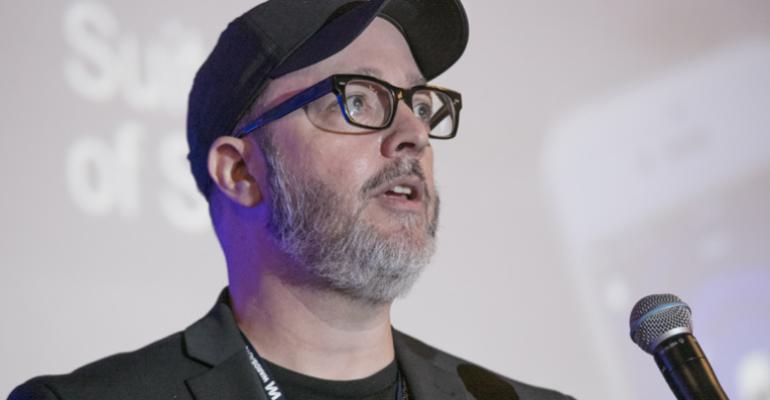 Connected-services usage could grow if access and activation were made simpler, say panelists at WardsAuto UX conference.

NOVI, MI – As the auto industry strives to create new revenue opportunities and relationships with vehicle buyers via connectivity and mobility, there are a few things to consider.

Some connected-vehicle services available now are surprisingly disconnected in how they are presented to the consumer, say panelists here this week at a session on connectivity at the 2019 Wards User Experience conference.

“I think the path to activating those things, and actually getting an active subscription, is really quite on the backs of the customer,” says Theo Calvin, the new creative director for argodesign and formerly of Frog Design.

He says connected-services usage could grow if access and activation were made simpler.

Customers today are confronted with what he calls a “loose” collection of items, and says congealing them into a unified experience could be done with good HMI/infotainment design.

“(Today customers see) an SOS button here, and, ‘There’s an app I didn’t know existed until I went to the app store on my own.’ And (then they find) an owner’s portal on the web (they) didn’t know existed (and it) looks different from the rest of the marketing pages,” Calvin says.

Orchestrating a relationship for a singular user experience can help create desire among vehicle owners for connected services offered by their brand, he says, noting marketing, retail and maintenance are part of one relationship with an automaker in many customers’ minds, even if organizational boundaries are being crossed.

Calvin points to a service blueprint he helped create for an unnamed maritime logistics’ client as being a mechanism for how to make a single user experience intuitive, rather than have disparate business units each doing their own thing.

Taking some services out of an app and bringing them into a vehicle could lead to higher take rates, says panelist Sam Abuelsamid, principal research analyst-Navigant Research, citing Amazon Alexa as an example.

Amazon has been working to get OEMs to embed the Alexa voice assistant in vehicles. Abuelsamid suspects the way Ford offered it, as part of the Sync App Link and requiring the Alexa app on a user’s phone connected to his or her vehicle, wasn’t popular with Ford owners.

“My guess is that the usage rate on that was probably no more than a couple of percent, and most people…probably tried it once or twice and said, ‘OK, that’s cool.’ And then they never used it again.

“But I think when it’s there in front of you, and it’s built in and it’s easy to use, then I think there will be significantly more use of it – probably not as much as Amazon would like, but it’ll grow gradually,” he says.

Abuelsamid and moderator Scott McCormick, president-Connected Vehicle Trade Assn., also note connected-vehicle services must be reliable to create a seamless user experience, especially if one day some are to take over control of the vehicle from the driver.

Says McCormick: “Amazon Auto for me works less than half the time, (but) if it’s driving my car it has to work all the time,” he says. “And it’s the same with any other (operating system) that is not currently made by automakers.”

Abuelsamid notes his frustration with items that, while meant to elevate the user experience, sometimes don’t, for instance the Tesla Model S’s finicky automatic door handles or Ford’s hands-free tailgate.

Calvin says personalization, particularly in the realm of mobility, is a way for connectivity to add value to users’ lives.

Last year, he helped new Dallas-based ride hailing service Alto find a way to attract users who had rejected Lyft and Uber on the grounds of quality, by striking upon the idea of letting passengers control the radio. They can pick their station and set the volume, all before they enter the vehicle.

“It allowed us to create this environment that felt more like going into a hotel room and taking over…and you don’t have to have that awkward conversation asking the driver to turn off some loud music that you don’t actually want to listen to.”

Such a feature can engender loyalty to a service, and Calvin advises customer-facing companies to think about engagement rather than the transaction in creating relationships with consumers.