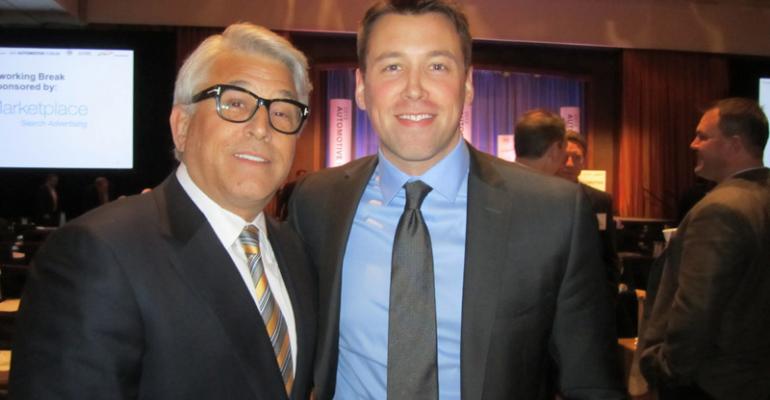 Ed Tonkin believes in using concentrated firepower when it comes to locating dealerships.

He heads the 16-store dealership group, Ron Tonkin Family of Dealerships. He plans to increase the number of stores but won’t take a shotgun approach.

“For example, if we are going to have 25 stores, I wouldn’t want to have one each in 20 different markets,” he tells WardsAuto. “I would want five in this market, five in that market, five here and 10 over here. That’s our philosophy.”

Although some Tier 1 dealership chains run nationwide operations in key markets, most other megadealers operate locally or regionally.

“That is the pool we swim in, and it has proven to be great,” Tonkin says of his Portland, OR-based family business that ranks No.71 on the WardsAuto Megadealer 100. “You are able to leverage your name, your quality and your image if you are concentrated in markets.”

His father, Ron Tonkin, founded the namesake dealership group 30 years ago. The elder Tonkin served as chairman of the National Automobile Dealers Assn in 1989.The son held that post in 2010.

As NADA chairman, Ed Tonkin warned that potentially overzealous government fuel-economy mandates ultimately could hurt the auto industry and drive many price-sensitive buyers out of the market.

That’s because cars would require expensive advanced technology to achieve much greater fuel efficiency, he says. Dealers have a strong record of advocating improved fuel economy, “but we also know it must be based on sound public policy and not just wishful thinking.”

His children are active in the family business, including son Adam, who has served as a strategist for online initiatives from marketing to social media.

New-wave initiatives such as social networking are important, Ed Tonkin says. “But I’m not the guy to do it. Younger people in the dealership group are.”

His business has increased 20% as auto sales recover, he says. “It is nice to see the market coming back. You’ve got what I call a collective race to prosperity, with everyone eager to get their slice. The competition is very intense.”

That has led to “a ton” of dealership marketing, Ed Tonkin says. “Everyone and their brother are on TV and in digital space. In digital, the question is where to put your money. Where is it most effective? How do you allocate your marketing budget to get the biggest return?”

Has he figured out where? “It is always something that is dynamic and fluid,” he says. “There is the old adage that 50% of your ad dollars are wasted, and you’d like to know which 50%.”

The Tonkin group has invested significantly in upgrading facilities. “We continue to do so at the manufacturer’s request, but also for our own well-being,” Ed Tonkin says. “Customers want a nice, clean, modern environment. And if the competition does that, you do the same thing to keep up.”

The family business expects to do well selling two markedly different types of vehicles, Adam Tonkin says. “There will be more of a focus on light trucks and subcompact sedans as people get back in the market and put money back into the economy.”

Adam Tonkin’s duties include serving as general manager of the group’s recently opened Fiat store. What’s the best auto-retailing advice his father gave him? “Stay out of it,” he quips. He adds, “He told me to get in and hold on.”