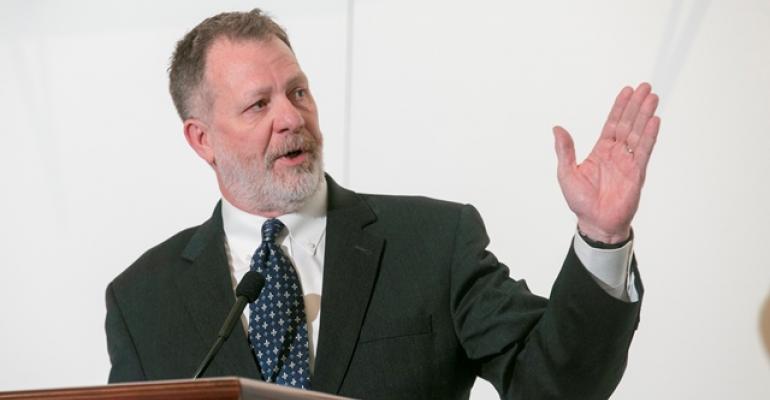 OEMs and suppliers are drawing upon products and processes to lighten every part of the car, including not only the sheetmetal and powertrain but also the vehicle&rsquo;s interior, industry officials say during the WardsAuto Interiors Conference.

DETROIT – Cutting vehicle weight became an instant priority when the auto industry was staggered by the oil embargoes of the 1970s. Its urgency diminished over the years but made a comeback in the first decade of this century, spurred largely by government fuel-economy mandates.

Today, OEMs and suppliers alike are drawing upon products and processes to lighten every part of the car, including not only the sheetmetal and powertrain but also the vehicle’s interior, industry officials say during a panel discussion at the WardsAuto Interiors Conference here.

Adhesives, for example, can be used “to replace every nut and bolt” in a vehicle, says Mike Jary, engineering manager-interior systems advanced development at Tier One supplier Inteva, tells the audience.

Specific to the vehicle’s interior, Jary describes the use of Inteather, a leather-like interior material featured at the 2014 WardsAuto Interiors Conference in the form of an award-winning dress. The thermoplastic olefin material reduces weight, does not fade or degrade under solar UV radiation, is scratch- and mar-resistant and is recyclable. It is available in four forms – foam, form, cast and wrap – for any automotive interior application, he says.

Sika displays its SikaMelt, SikaTherm and SikaSense adhesive products at its stand at the conference. These products allow designers to create attractive, soft-feel surfaces while meeting processing and technical requirements for easy application and short cycle times.

Badhorn details Roechling’s integrated sandwich floor, a metal-composite compound that combines eight to 10 substrates into one using low-weight reinforced thermoplastic. Besides opening up enough cabin space to accommodate an electric vehicle’s battery pack, the floor weighs roughly half as much as a conventional product, he says.

“We take everything from the seat to the street and integrate it into one unit,” Badhorn says.

The floor also is designed to provide thermal and acoustic insulation at a lower weight than traditional floor construction, and integrates carpet to streamline the manufacturing process, Roechling says.

Roechling says the floor system weighs up to 50%, or 30 lbs. (13 kg) less than conventional floors and can  absorb more energy in crashes. The component still is under development and might not be used by OEMs until 2021, the company said at the North American International Auto Show in January in Detroit.