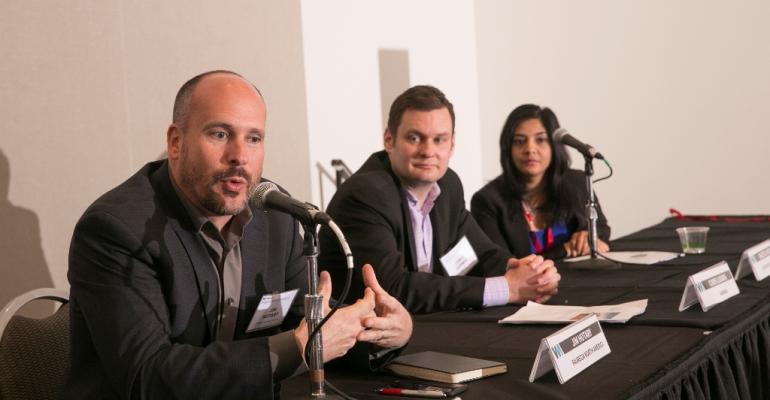 In past years, &ldquo;the industry hasn&rsquo;t done a particularly good job on user experience; we all should admit that,&rdquo; says Faurecia&rsquo;s Jim Hotary.&nbsp;

DETROIT – The Beatles never played Carnegie Hall, but you can hear them perform there thanks to a new Harman sound system that kicks up the technology.

The audio company’s next-generation Summit platform uses software that “creates user experiences that haven’t been done before,” Chris Ludwig, a senior director at Harman, says at the WardsAuto Interiors Conference.

That includes listening to the sounds of the beach or forest or to a symphonic orchestra playing on the beach.

The system also recreates the acoustics of famous music venues such as the Sydney Opera House and Carnegie Hall, says Ludwig who offers the example of The Beatles performing there.

“My job is to make that concert come to life in your vehicle,” he says at a conference session entitled “Creating the Ultimate User Experience.”

Summit is not on the market yet. Neither are Faurecia and Visteon new-product offerings highlighted at the UX session.

In past years, “the industry hasn’t done a particularly good job on user experience; we all should admit that,” says Jim Hotary Faurecia’s director-xWorks, pointing to a “more is more” attitude that led to a proliferation of car interior buttons and controls that can baffle car owners.

Such excesses stem from a design mentality of technology first, user experience second, he says. “There’s been a shift in that, and it’s exciting to see.”

Today’s seat-adjustment controls allow users to configure all sorts of positions, but Hotary’s presentation focuses on a new system in which sensors automatically make the adjustments.

“It’s 1-touch to comfort,” he says. “You dial in your height and let the system make all the adjustments.”

He also describes new-age seats that measure occupants’ posture, heart rate and stress levels, and then offer “wellness actions” such as a massage or soothing music.

Visteon has developed Phoenix, a vehicle-specific platform for uploading and downloading apps. Users can select what downloaded information they want to appear on vehicle infotainment screens.

Consumers keep vehicles for an average of seven years, but technology advances more rapidly than that. Phoenix addresses the issue of a car’s stationary connected technology becoming prematurely obsolete, she says. “Phoenix could revolutionize the auto industry.”