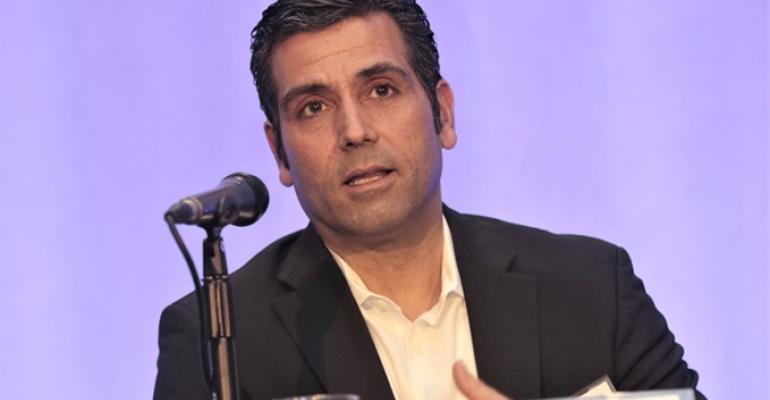 Inside Story One of Comfort, Flexibility

Ernie Wilson, vice president-advanced design and engineering at supplier Auria, says comfort will be influenced by both styling and functionality.

So will communication and, in the case of shared vehicles, cleanability.

Industry officials shared those views during a panel discussion at the WardsAuto Interiors Conference here.

Personal mobility is becoming as important to people as their smartphones, says Dino Nardicchio, vice president-advanced technical engineering for Magna. The Tier 1 supplier studied 54 families in markets including the U.S. and China and determined, among other things, that “static configuration doesn’t support all their needs.”

Magna already has ventured into what Nardicchio calls “smart adaptability” with the Stow-and-Go seats featured in FCA minivans. The supplier is extending a variation of that concept to car sharing by developing second- and third-row seats that fold up and slide to the front of the cabin, creating cargo room that could be used by a package-delivery company renting the vehicle from its owner for the day.

Magna envisions more complex seats in autonomous vehicles that can be moved into a so-called campfire configuration, in which all occupants can interact while sitting in a rough circle, and conference seating, in which the occupants sit across from each other in a mobile meeting room of sorts.

“I would expect to see more of the mobile office features in vehicles dedicated for that purpose,” Nardicchio says.

For cars with human drivers, Magna offers amenities such as massaging seats and is researching “personal sound zones” that allow a passenger to listen to music or videos but still hear others wishing to communicate with them – something not always possible with headphones or earbuds, Nardicchio says.

Ernie Wilson, vice president-advanced design and engineering at supplier Auria, says comfort will be influenced by both styling and functionality. Comfort also is determined by quietness and, in the case of ride sharing – in which 100 people, not to mention their pets, could ride in a car in a single day – a “fresh environment.”

That’s where cleanability comes in, says Wilson, whose company has developed durable wood-like flooring for use in place of harder-to-clean carpet.

Panel moderator Richard Vaughan, creative director-CGT and an industrial design consultant, notes his company is developing anti-microbial surfaces particularly suited to shared vehicles. As for aesthetics, he says CGT has developed scents for cars that are tailored to specific markets; Chinese consumers are partial to the aroma of steamed rice, which he compares to a Westerner’s affinity for the aroma of chocolate-chip cookies.

Smell, as well as sound, could have practical application in treating the motion sickness people may experience facing backward while riding, Vaughan says.