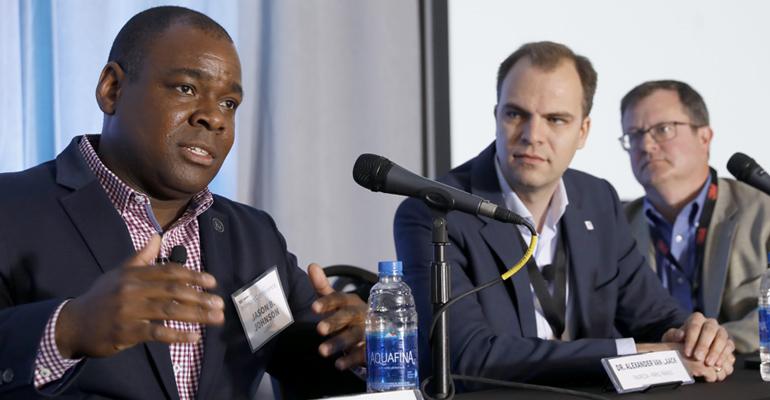 By the time young consumers who have grown up with tablets and smartphones are approaching retirement age, perhaps technology will have advanced to the point physical connections will be unnecessary.

NOVI, MI – Exactly how many physical buttons and knobs do consumers want in their cars? It’s a tough question that has perplexed design teams for generations and will continue to do so.

There is no correct answer because all consumers are different – some want more than others. But the rise of the smartphone, with very few physical buttons and a touchscreen that opens up worlds of possibilities navigated by tapping and swiping, has had an undeniable impact on automotive interiors and the user experience.

Alexander Van Laack, Faurecia’s consumer intelligence director for the cockpit of the future, recalls 20 years ago when some vehicle interiors had more than 70 buttons and knobs. “It was like sitting in an airplane cockpit,” Van Laack says at this week’s WardsAuto Interiors Conference.

“It’s a question of overloading with mechanical controls,” he says. “I think people like simplicity. I think in human nature we like to touch things.”

But, reflecting the quandary facing designers working on next-generation interiors, Van Laack says: “Removing mechanical controls completely is not necessarily the most straightforward way to go.”

Today’s vehicles reflect an industry wrestling with this concept. Increasingly, drivers can use voice commands, touchscreens and in some cases gesture controls to change radio stations, adjust the temperature, find a destination or make a call, hopefully without being distracted.

But drivers have options because redundant hard buttons still appear in most vehicles, appealing to consumers who want conventional controls.

It’s anyone’s guess how long redundant physical knobs and buttons will occupy real estate in vehicles of the future: By the time young consumers who have grown up with tablets and smartphones are approaching retirement age, perhaps technology will have advanced to the point physical connections will be unnecessary.

In his presentation on a panel titled, “Creating the Ultimate User Experience,” Van Laack displays a photo of evolving cordless phones, from tall, lanky boxes with antennae and lots of physical buttons to today’s smartphones with no buttons but huge touchscreens (see photo, below ).

“You don’t need all those buttons,” he says.

Gesture controls are an option – BMW has pioneered the concept with several current models allowing drivers to adjust volume and perform certain other functions with hand movements above the center console, without actually touching anything.

To date, gesture controls are limited to a small number of functions. “Is it really worth it?” Van Laack asks. On the other hand, expanding gesture control to include other functions could be helpful in the future, he says.

“This is exactly where we see it going,” Van Laack says, suggesting 2-D cameras could be used for gesture control instead of 3-D cameras within the interior to keep costs down.

Electronics giant Samsung completed its acquisition of Harman in March 2018, and after meetings with the new owners Harman designers finished a far-reaching Premium Digital Cockpit concept in time for CES in Las Vegas this past January, says Jason Johnson, Harman’s user experience director.

The CES concept integrates facial recognition, a virtual personal assistant and cabin-monitoring cameras for a personalized experience, as well as high-resolution OLED and QLED display screens that are core to Samsung televisions.

Harman has produced several CES concepts in recent years, and each one takes several months to complete, but Johnson says they are valuable exercises. 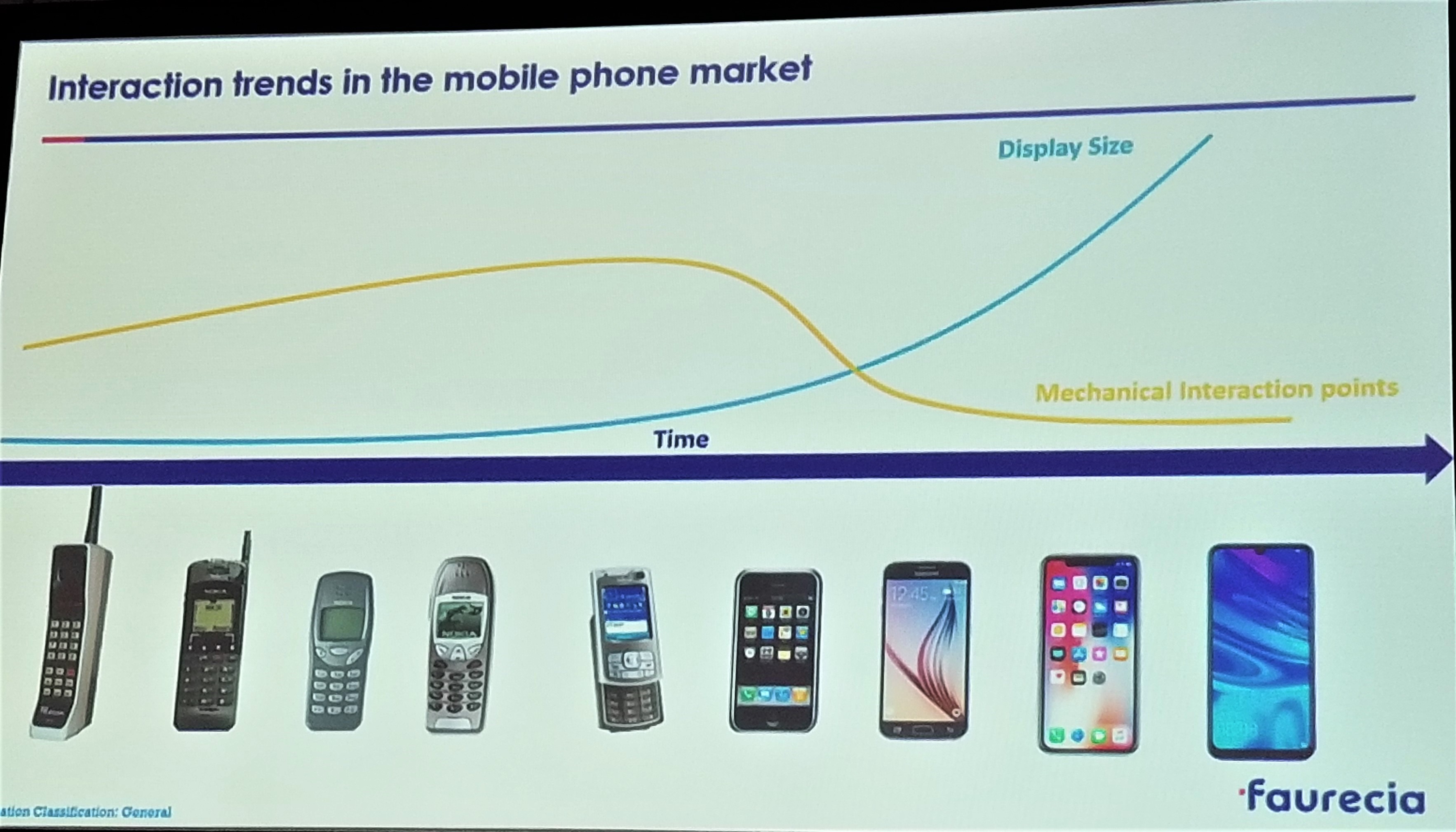 But a great user experience isn’t limited to behind the wheel. Steve Tengler, principal at Kugler Maag North America consultancy, refers to the importance of having a good user experience while one’s vehicle is being serviced.

Not long ago, if the waiting room at the dealership had good coffee, that constituted a positive user experience.

“Now that can be so much more: How do I initiate a repair from within the interior of the car?” says Tengler, who moderated the session. “And maybe autonomously it goes to the dealership or wherever and gets an oil change or tire rotation, then comes back to me at a specific time when I need the vehicle again.”

Or how are over-the-air software updates initiated, and can they be done when it’s most convenient for the vehicle owner?

“These are all experiences that if you want to have a winning company, if you want to differentiate, it’s worth thinking about this merger that has happened in UX between product strategy, cognitive psychology, design, usability, all of those,” Tengler says. “They all feed into what is making a good user experience.”