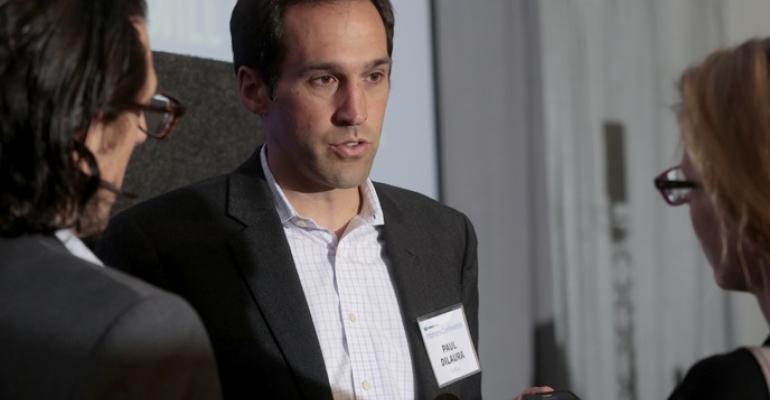 Smart surfaces that can detect heat, pressure and moisture, as well as 3D printed parts, are some examples of what may be found in forthcoming autonomous vehicles.

NOVI, MI – The forthcoming trend of autonomous vehicles not only will reshape how people and goods are transported, but what materials are used inside the vehicle and how interior components are manufactured.

That’s the take from panelists at a 2019 WardsAuto Interiors Conference session here on how autonomy and electrification will drive a materials rethink.

Gauging the health and well-being of occupants in autonomous and semi-autonomous vehicles will be important, so surfaces (instrument panels, door panels and headliners) will become smarter, able to respond to external stimuli such as stress, temperature, pressure, electric or magnetic fields, and light and moisture, says Robert Eller, president-Robert Eller Associates.

“Smart is a combination of sensing and sending,” Eller tells attendees . “So sensing pressure, electricity, heat, etc., and sending that signal somewhere to react to what’s being picked up. If you look where you need sensing, that’s where smart (materials) will be applied.”

Many materials today, and enabling technologies, already are capable of doing this. Eller says piezoelectrics (able to accumulate an electric charge) and graphenes (can convert energy and transfer heat) are two examples of such materials.

The interior panels and headliner also will display or serve as projection spaces for information occupants will need to know, or advertising that may be present inside vehicles belonging to a car-sharing or ride-hailing fleet.

Eller points to a display skin concept in development by LG Hausys that is a thermoplastic olefin with or without foam, is translucent/can transmit light and is manipulable by fingers or touch sensors.

“Those images (you may see on a skin) can be from a plate or sheet below the surface, but (they) can also be transmitted electronically, so you have a device somewhere in the car that collects images and sends them out wirelessly through an IP skin, so the IP skin becomes the surface that projects that information,” he says. “It should be obvious I’m in love with that concept…the status is under development and it’s claimed they can pass OEM specs.”

Eller notes much of the material fabrication process for interiors today is “old tech,” in that a hollow mold is filled with a polymer that flows into it.

Aiming to revolutionize how components are created is Carbon, a firm specializing in 3D printing of layerless, isotropic parts and which has entered the automotive industry with automotive-grade parts in the Ford Focus (HVAC lever arm), Ford Raptor (decorative interior plug to fill a space from a deleted switch) and GT 500 (electronic parking brake cable bracket), as well as the Lamborghini Urus (decorative fuel cap).

It also is in production on a football helmet for Riddell and a sole on an Adidas sneaker, both with a lattice structure.

“We’ve all been trained to design for projection modeling and other processes, and this is a different kind of design philosophy,” says Paul DiLaura, vice president-Enterprise Partnerships for Carbon, of opportunities for new designs via previously un-moldable geometric shapes.

Eller grabs a sample of the Riddell helmet lattice structure (pic below) DiLaura has with him and notes each leg making up the tiny hexagons in the structure could have a different function. 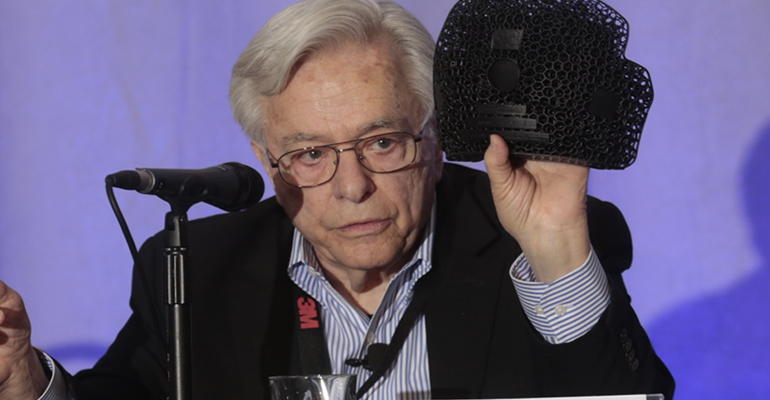 “A connectivity function for example, or a targeted energy-absorption function, or an acoustic function – the part becomes much more sophisticated,” Eller says, adding the fabrication process could capture any properties an automaker or supplier wants to create.

DiLaura says his firm is seeing a “real thirst and interest” from the automotive community, but it has been challenging to figure out what applications 3D printing can be used for and how to bring value forth in production parts.

“I think it’s not that hard for people to understand conceptually the value of 3D printing, but it is very hard to find applications or bring those applications forward into production. That takes a real commitment from an organization’s leadership to make it a priority and ultimately a vision of what it can be,” he says.

While he works for a 3D printing firm, DiLaura concedes 3D-printed parts must have a superior level of performance or superior value compared with what is already in use.

Taking something that’s now five or six parts and bringing it down to one with a 3D-printed components is an example of value that can be realized from parts consolidation.

3D printing is being done by Carbon in low volume, but it is gearing up for higher volume. For instance, it made lattice soles for 160,000 pairs of the Adidas sneaker last year, but this year plans to supply 1 million pairs and is gearing up to supply tens of millions of pairs.