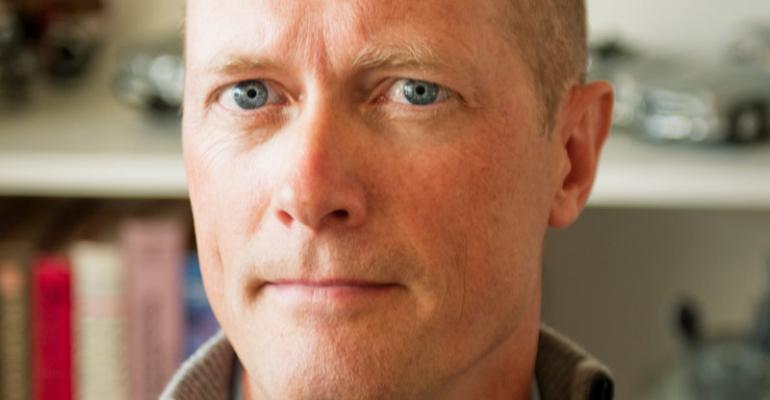 Dealerships are getting better at responding to online customers, and the reason seems clear to Fran O’Hagen.

“Dealers who handle Internet leads effectively sell a lot more vehicles than dealers who do not,” says the president of consultancy Pied Piper Management. “That is why manufacturers and individual dealers are so interested in this.”

Dealer behavior can change slowly in some respects, he says. “It is like changing the direction of a ship at sea.” Not so with the rapid improvements dealerships have shown in fielding online customer queries.

“Doing well in that area pays off in incremental sales,” O’Hagen tells WardsAuto. “The entire industry has improved because of that.”

But some brands outdo others, as evidenced by Pied Piper’s annual Prospect Satisfaction Index. The firm mystery shops to measure dealership Internet effectiveness in areas such as reply time and quality of response content.

Porsche, Nissan and Audi dealerships rank highest in this year’s satisfaction index. Lowest scorers are Mini, Mitsubishi and Scion in the cellar.

The latest study shows salespeople respond to customer Internet inquiries within 30 minutes nearly half the time (48%). Two years ago it took an hour to reach the same response percentage.

Audi, Porsche and Hyundai dealerships garner most-improved laurels compared with how they did in 2012.

Domestic-brand dealers representing Ford, General Motors and Chrysler stand out for making great strides in the past three years after some decidedly poor showings.

“There have been dramatic shifts in behavior at domestic-brand dealerships,” O’Hagen says. “You could argue that since they had done so badly before, they marshaled a lot of resources and energy to fix the problem.”

Toyota and Honda have dropped below the industry average after doing well in past rankings. O’Hagen attributes that less to backsliding, and more to other brands raising the bar.

“Toyota and Honda were in the top five in 2011,” he says. “They had an acceptable process in place. It wasn’t exceptional, but the whole industry performed so poorly, it put Toyota and Honda towards the top of the list. That’s changed.”

Audi’s big gains in the 2013 index largely stem from the brand’s dealers responding better to Internet customers. Its non-response rate went from 15% in 2012 to 5% this year.

Conversely, Mercedes-Benz ranks near the bottom of the latest Pied Piper index because of a high level of non-responsiveness.

“Mercedes dealers do very well in some specific behaviors, such as following up with a telephone call,” O’Hagen says. “But their poor showing this year is because they were twice as likely as the industry average to not respond to an Internet inquiry in any way. The industry average is 7%. Mercedes’ is 13%.

“That means no auto-response saying someone will be in touch, no salesperson-template response, which is the equivalent of a form letter. Nothing.”

Although Mercedes dealers do well in many categories, “slow or no-response hurts them at the same time that many other brands have substantially improved their performance,” he says.

That may change as a result of the German luxury auto maker acknowledging some shortcomings and launching a nationwide training effort to boost customer-satisfaction scores for its 350 U.S. dealerships.

“The goal is to make the Mercedes-Benz customer experience as legendary as our engineering,” Mercedes-Benz USA President Steve Cannon tells an American International Automobile Dealers Assn. gathering in Orlando, FL. “You can’t be happy in the middle of the pack of customer satisfaction and be Mercedes.”

Internet-lead bobbles can occur if a dealership is understaffed, making it hard to get back to online prospects in a timely manner.

But failure to do so is like snubbing customers at a dealership, O’Hagen says. “If salespeople are eating a donut and ignoring customers on the floor, a dealer will immediately address that.”

He adds, “Internet customers are as important as the ones walking through the door, but staffing is a challenge.”

O’Hagen recommends that if busy salespeople can’t personally respond to each online query, the store at least should use customer-relationship management software to make contact.

“Use a rich auto response as a first response, something that sells the dealership and says someone will be in touch soon,” he says. “Follow that up with a personal response.”

So that the Internet satisfaction index is not based strictly on automatic-response rates, Pied Piper mystery shoppers ask specific questions “that a human being would need to answer,” O’Hagen says.

Mystery shoppers give their phone number, ask a question about a vehicle rather than just express an interest in it, “and then we wait to see what happens,” he says. “We don’t stop the clock when we get the first auto-response. We only stop the clock if they answer our question or send a second response. If they send two responses, it tells us they’re trying to get in touch with us.”

Some brands are studies in contradictions. For instance, Mini had a terribly high 15% non-response rate, but scored well for answering specific questions: 63% compared with an industry average of 44%.

O’Hagen wouldn’t be surprised to see many of today’s poor and so-so performers become stars in future ratings as they realize the financial benefits of properly handling Internet customers. “The dumb kids in class can suddenly get a lot smarter,” he says. 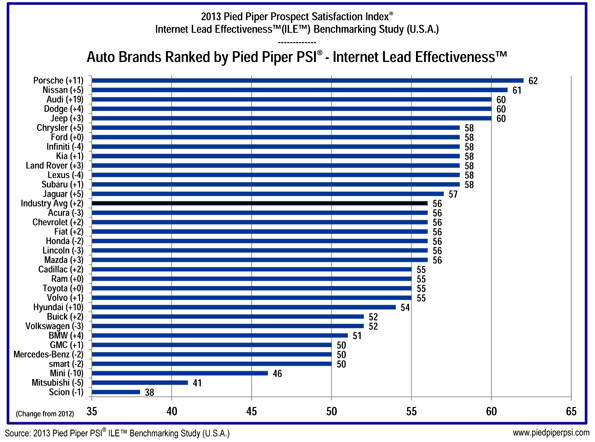