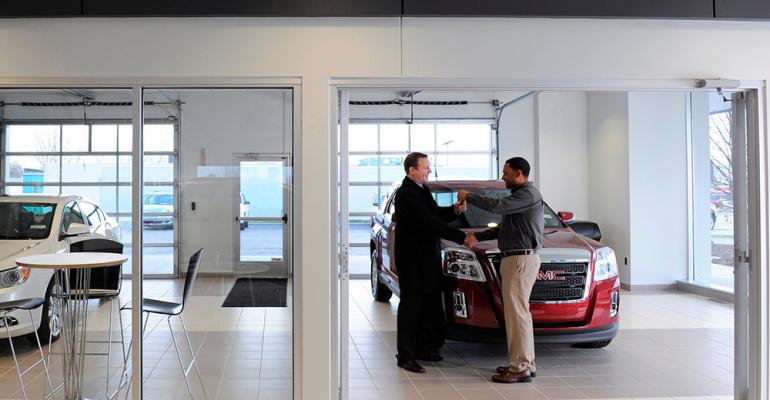 NEW YORK – Some auto salespeople are losing the art of selling and closing the deal because the Internet has empowered so many car consumers.

Showroom staffers increasingly face shoppers who have done their homework online and consequently are armed with everything from product information to local pricing when they walk into the dealership.

It’s enough to make a salesperson think little is left for them to do other than write up an order.

“Because of the assumption the consumer has done all this research and has become so knowledgeable, it can take away from the ability to close the deal,” says Robert Grill, senior process-improvement manager for Carfax.

That is a No.1 concern among dealers he has spoken with. “Some salespeople almost are waiting for the consumer to say, ‘OK, give me that car.’”

But buying a vehicle remains a major purchase no matter how much the Internet has enabled customers. The salesperson still plays a vital role.

“Customers still need the confidence to buy the car,” says Grill, a former dealership manager who began as a car salesman on New Year’s Day in 1986 at a Hamburg, NY, store.

Yesterday’s car buyer physically went from dealership to dealership in the course of shopping, racking up several visits. Today, buyers do most of that legwork online. On average, modern consumers visit 1.4 dealerships before purchasing, according to the National Automobile Dealers Assn.

With that number as small as it is, a dealership might incorrectly assume “since they’re here, we’re the one, and therefore not put enough effort into it,” says Kraig Quisenberry, a regional sales director for DCH Auto Group, a multi-franchise dealership operation based in New Jersey.

“The unfortunate part of that 1.4-visit statistic is that it only accounts for people who bought the car,” says Joe Benson, director-training for the Ken Garff Automotive Group based in Salt Lake City.

“It doesn’t account for the ones who felt frustrated and left or who just didn’t complete the transaction,” he says. “That’s the unknown part of the equation.”

Young car shoppers in particular are heavy Internet users. Smart salespeople know what online tools their customers are using and have a general idea of where they’ve been online, says John Jones, a strategist for Dealer.com, a provider of website and digital marketing services.

“Know where they are and where they have been on the Internet during the customer journey,” he says. “There are certain touch points. If a customer gets to three or four of the right sites, they are closer to the destination, closer to making that decision as opposed to still being in the research phase.”

Shoppers visit anywhere from 14 to 26 automotive websites before submitting a lead to three to six and then ultimately settling on one dealership, Jones says.

Once the consumers, especially Generation Y’ers, are in the store, sales staffers should “align their expectations, overcome sales challenges and know how to close the deal,” he says.

The modern customer’s path to the car purchase is not straight and narrow, Grill says, emphasizing the need for the online and offline shopping experiences to maintain a fluidity, lest the customer comfort level go in the wrong direction.

When young shoppers arrive at a dealership, “they are very sensitive to what they know and how they want to be treated,” Grill says. “Earlier-generation shoppers didn’t necessarily expect the salesperson to be quite up to speed.

“But millennials fully expect that. The tolerance level is low for interruptions and delays. Prior generations had hand-me-down expectations of basically: ‘This is how it is.’”

Young shoppers can bridle if a dealership salesperson contradicts information they have garnered online, Quisenberry says. “We see a pretty obvious reaction. The information better be harmonious.”

Salespeople should ask customers about their Internet research and more, Benson says. “Questions to ask include, ‘Did you visit our website?’

“We want to know about their behavior up to that point, and talk very little about the car, unless they direct us there,” he says. “We like to know where they’ve been and what they’ve been doing so we have a feel of the direction we need to take.”

But how does a salesperson make such inquiries without appearing nosy?

“Say, ‘You seem well-prepared and it looks like you’ve done a lot of research. That’s great. Where online have you been?’ If you word it like that, they’re usually happy to tell you.”

Quisenberry adds, “Give the consumer the first five minutes to explain where they have been, what they’re looking for and what they found out before you start going about your business of explaining product and demonstrating sales skills.”