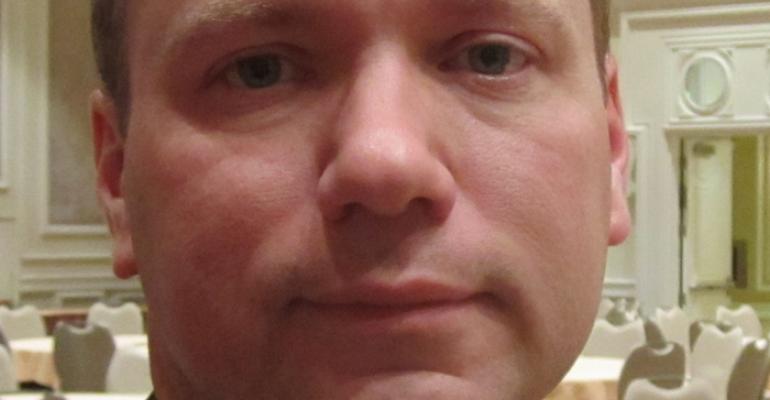 Many auto dealers adeptly develop and execute online strategies. But others struggle.

Because it is more than 100 years old, change doesn’t always come easy to the franchised auto-dealership system, says Jared Hamilton, head of DrivingSales.com.

Many dealers adeptly develop and execute online strategies, as evidenced by the top performers on this year’s WardsAuto e-Dealer 100. But other dealers struggle with mastering the latest Internet best practices to boost sales.

“Change can wreak havoc on a mature industry, and the market is changing at 100 mph,” Hamilton says, citing how most consumers today use the Internet and social media in particular to shop for cars.

“A startup dealership could do this so much easier,” Hamilton says of the need for many dealerships to adapt modern methods.

In the pre-Internet days, the buying process worked something like this: A customer walked into the dealership, took a demonstration drive and picked out a car. The purchase order was written up and the vehicle delivered.

That process still basically holds true, but it is stretched out and includes twists and turns.

“Is it search, appointment, visit and deal?” says Hamilton, the son of a dealer. “No, it is not linear like that.”

“There are lots of factors,” Hamilton says, adding that dealers should make sure customers’ online and offline experiences mesh. “There shouldn’t be two separate processes” that, among other things, offer different prices and inventories.

He offers three suggestions to dealers who want to run top-notch Internet operations:

In the era of social media, “marketing is at a turning point,” says industry consultant Paul Potratz. “Learn how to engage customers. And it’s not by telling them you sell cars. They know that.”

He recommends dealers include helpful information graphics on their websites. He lauds a dealership, Congressional Motors in Rockville, MD, for posting videos of customers expressing their opinions about cars they are test-driving.

“Another dealership posts videos of staffers talking about who they are and what they do,” Potratz says. “It takes it beyond the price of a car, which is not that critical anymore with many customers.”

Dealerships also should set up a process for soliciting customer reviews that are posted on store websites, he says. “Reviews are critical. The more you have, the more traffic you will have.”

He advocates online videos as a way to keep customers engaged. “Create lots of them. If video works for TV, why not online? They also optimize searches like nobody’s business. People are on YouTube researching cars. It is unbelievable what videos will do.”

Most dealerships are on social-media websites such as Facebook. But successful social-networking requires dedication and effort, Potratz says at a recent DrivingSales Internet conference. “Skip the hired kid doing it.”

He initially wasn’t a big believer in online chat. Now he is. “Some dealers get 400-500 chats a month. That, and the fact that chat is 24/7, is why dealers should outsource it.”

In 2011, mobile marketing “made a big splash,” Rucker says. “It will get bigger in 2012” as smartphone and computer-tablet use expands.

“Dealership service departments can take a picture of, say, a worn brake rotor on a car in for service, and then send it to a customer’s smartphone rather than verbally describing it to the person,” he says.

Effective content on dealership Facebook pages should include photos of customers taking delivery of their newly purchased cars, Rucker says. “And how about encouraging them to post those pictures on their own Facebook pages? It’s much more effective, and most people will do it, if asked.”

He recommends an online approach in which dealers use a combination of  channels, including search, social media and mobile marketing.

Smartphones and computer tablets are the hottest trend in automotive marketing, says Kevin Root, chief product officer at Dealer.com. “They are so big that it is game over if dealers don’t accommodate the users by offering a fully functioning mobile site.”

“We launched our first mobile app four years ago. We’re at 3.7 million visitors a month,” he says. “That will be up 75%. The growth is beyond imagination. I’m surprised not so much at the numbers, but at the level of consumer engagement.”

Mobile users are 20% more likely to buy a car within 60 days than are people using stationary computer terminals, Golub says. Tracking the habits of the mobile set, Cars.com data indicates:

·      86% of them like that they can access automotive sites on the go, indicating they are shopping while moving. Often, they are using their mobile devices as they walk around dealership car lots.

·      75% use mobile devices to view car photos, find a dealership and compare prices.

Although some dealers at first balked, fearing bad reviews, most have been  positive, giving dealers an average rating of four out of five stars.

“I attend an annual dealer roundtable consisting of 15 dealers representing 45 stores in Texas,” Golub says. “The year before, they were resisting dealer reviews. At the last meeting, they were embracing reviews.

“A year ago, they were reluctant to give pricing online. Now they aren’t. They realize if they don’t, someone else will. Dealers are getting a lot better when it comes to effectively using the Internet.”

Dan Boismier, Internet director at the Michigan-based Suburban Auto Collection, says the dealership group is experimenting with new ways to connect with customers.

“People believe they can trust friends more than they believe a dealership, so we said, ‘What can we do about it?’”

Suburban discovered a customer with 11,000 Twitter followers. Because of that reach, the dealership group gave him use of a Cadillac SRX for a weekend and asked him to Tweet about his experiences driving it.

“We didn’t tell him what to say other than telling him, ‘If you are going to write something critical, please be constructive about it,’” Boismier says. “This happened because we were paying attention to the social-media market.”

Such attentiveness should extend to dealerships shaping what people say about them online, says Peter Ord, a training manager for DealerSocket, a provider of customer-relationship management systems.

“Your reputation is your responsibility, so you can’t just do nothing,” he says of reputation management. “Monitor what people say about you, good and bad. Build a positive reputation and quickly address every customer problem.

“No one is perfect and customers understand that,” Ord says. “Dealerships that prove they can solve customer problems will retain more customers.”

Because they have become virtual showrooms, dealership websites need to look their best, says Shawn Raines, automotive director for ReachLocal.

“Dealers can track effectiveness of content and design changes, as well as the inventory layout on the site,” he says. “Where inventory is on a website has a huge impact. If clicks die out after a certain level, you need to look at making changes.”

Although auto lending is serious business, online credit applications shouldn’t scare people off, he says. “They need to look enticing, not like an Internal Revenue Service form.”

In the 1990s, many dealers were worried the Internet would put them out of business. It didn’t. Then dealers began using the Internet, seeing it not as a threat but as a way to sell more cars. Some learned faster than others.

Only a few stubborn dealers still insist on “doing it the old way,” Golub says. “The industry tends to focus on dealers who don’t get it, but that number keeps getting smaller.”