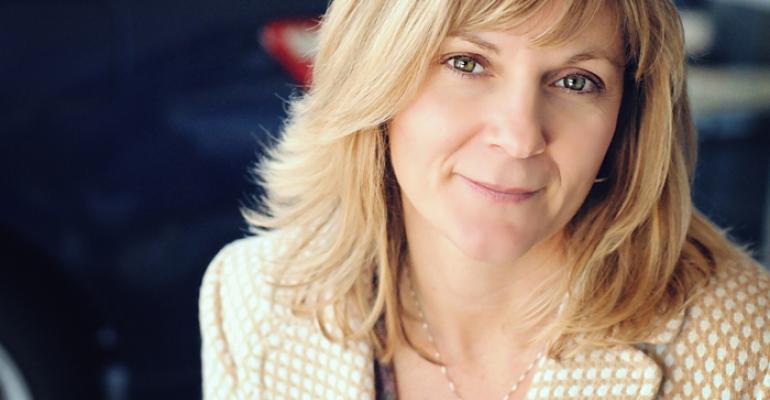 Dealers who still think “getting engaged” only means proposing on bended knee are missing a big part of social media today.

“Engaging means building a relationship that amuses and intrigues the consumer, such that he or she wants to participate in activities the dealer is promoting,” says Kevin Woods, chief operating officer of Driven Solutions, a dealer-based social-media firm in Ferndale, MI.

To “engage” an audience, dealers are creating offbeat ads, staging fundraising pie-throwing events, sponsoring contests, shooting in-house videos – and posting it all on websites such as Facebook.

Eighty-four percent of U.S. vehicle shoppers use Facebook in general, according to a study called “The Rise of Loyalty, Advocacy & Influence: Social Media and the New Automotive Purchase Cycle.”

The study by Dealer.com, DriverSide and GfK Automotive Research surveyed consumers who intended to buy a car in the next 12 months. Nearly 40% of  buyers use social media to research their next new-vehicle purchase, the study says.

“We are witnessing the evolution of the automotive purchase cycle,” says Kevin Root, Dealer.com’s chief product officer. “Dealers now have an opportunity to use social media as an integral part of their marketing mix and turn customers into loyalists and advocates.”

But don’t overwhelm people with waves of information, Woods warns. “You want people to opt in, so don’t blast them every day with stuff,” he says. Present a compelling offer, keeping everything short and simple and friendly.

It engendered customer interest and good will. And when 2,000 people went to the dealership to get the free wiper blades, many of them purchased oil changes and other services.

Social media is presenting opportunities for dealers to engage with and attract key online audiences, according to the Dealer.com loyalty study.

It indicates 41% of Facebook users who were car shopping saw a post that caused them to add a brand or a model to their consideration. Toward that goal, dealerships across the country are creating in-house video segments to draw attention to their inventory.

Shoppers who look at videos with vehicle listings on Cars.com website spend an average of 30 minutes a visit.

The use of online videos is gaining popularity as a way for dealerships to connect with customers. Including videos with all listings gives dealers opportunities to turn shoppers into fans, says Simmons.

He arranged a video with Bubba, a Detroit radio personality at a country-western station, and a sales associate to extol the attributes of a ’12 Dodge Ram special-edition pickup truck. “People want plenty of pictures,” Mojica says.

Andy Warner, e-commerce director of the Tonkin Family of Dealerships in Portland, OR, says online traffic increased 50% in two years because of efforts to streamline the group’s website and reach.

He believes less is more. “You can use all kinds of flash stuff, but basically people come to your website to find, identify, trade or finance a vehicle,” he says. “Make it simple.”

He and colleague Danny Dragomir added a Google-like search engine that allows customers to seek inventory and affordable options at Tonkin, a regular on the WardsAuto e-Dealer 100.

“What matters is the diligence you apply to follow up,” Warner says. “We ask each customer how we can build our relationship and what they need for a satisfactory experience.”

But the Tonkin group occasionally uses zaniness to engage customers, such as the time it held a charity fundraising pie-throwing contest at the dealership, then posted photos of the fun on Facebook.

Because reputation management is vital, Dealer.com, in its list of best practices for social media, suggests that people overseeing a dealership’s social-media initiative keep track of what others are saying about the store.

Lori Hammond, part-owner and Internet director at Conicelli Autoplex in Conshohocken, PA, does just that.

A staff member contacts any customer with an unhappy experience in hopes of improving the outcome. One successful enhancement is adding a live chat feature to the website, staffed with 12 sales assistants who handle incoming calls from the website and outbound lead-generated calls, she says.

To distinguish the dealer group from all the other dealerships, family members brainstormed on a mascot.

They decided founder Dominic L. Conicelli has such a friendly, approachable face he could be the caricature image on Facebook, car magnets, Internet pages and more.

The cartoon running with the logo “Mr. Nice Guy” features him in various outfits, from an Uncle Sam suit to a hockey uniform.

Social media and data mining can help expand a dealer’s sphere of influence far beyond its location, says Ken Smith, president and owner of Dave Smith Motors in Kellogg, ID, a city of 2,400 people.

Yet his dealership sells vehicles well beyond its market, advertises on national Sirius-XM satellite radio and ranks No.2 on the WardsAuto e-Dealer 100.

“Thanks to Google and the Internet, people know our name,” says Smith, a second-generation dealer who makes extensive use of videos to highlight vehicle inventory.

“Buy a car online, fly out, and we’ll pick you up from the airport when you Twitter your arrival,” he says. “Drive home in your new vehicle and see the United States.”