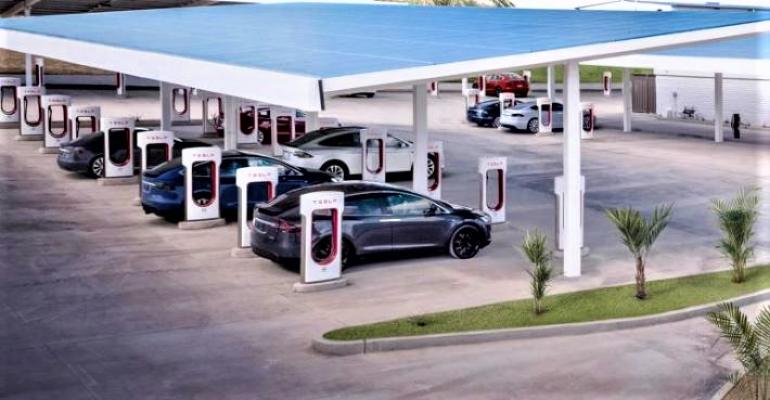 Tesla has the country’s largest charging network, with 1,600 sites and 16,000 charging ports. Making that available to all EV owners, regardless of manufacturer, is great news for statewide and national EV adoption goals.

Tesla plans to start offering charging to non-Tesla electric-vehicle owners through its U.S. Supercharger network later this year. For the company, this move grants Tesla access to the $5 billion allocated under the National Electric Vehicle Infrastructure (NEVI) Formula Program to help fund additional chargers. A similar move from General Motors is aimed at expanding and quickly scaling access to EV chargers throughout the U.S. through a partnership with travel-center and truck-stop operator Pilot.

What do these EV charging networks mean for the future of battery-electric-vehicle adoption as a whole? It’s important for several reasons.

Tesla has the largest charging network in the country, with roughly 1,600 Supercharger stations and 16,000 charging ports per the U.S. Department of Energy. Tesla has another 12,600 slower Level 2 Destination chargers in the U.S. Making those available to all BEV owners, regardless of manufacturer, is great news for statewide and national EV adoption goals.

Meanwhile, a partnership between General Motors and Pilot plans to establish a network of 2,000 EV charging stalls at up to 500 travel centers nationwide in an effort to make charging more convenient near highways.

Michigan needs 10,000 new fast chargers to meet the state goal of having 2 million EVs on the road by 2030, and every additional charger helps. Nationally, these networks support the federal goal of connecting all dots possible to ensure funding is deployed effectively and that efforts to establish a national charging network of 500,000 stations by 2030 are as successful as possible.

Today, many EV drivers charge overnight at home when it is most efficient, and rates are at their lowest. However, a reliable network of public chargers is important to alleviate consumer concerns such as range anxiety,the fear of running out of power or not being able to find a charging station when needed. As electrified-vehicle adoption and the charging infrastructure that powers EVs continue to expand, the auto industry is slowly but surely increasing driver confidence and making EVs more appealing.

The energy grid is well equipped to manage the increased energy consumption that a steady increase in EVs will demand. The U.S. grid has excess capacity each year. We reached peak energy consumption per person in the 1970s, according to the U.S. Energy Information Admin. Increased production efficiencies over the past several decades have further helped reduce strains on the grid, meaning there is bandwidth to support energy requirements from EVs. Energy providers also have taken it upon themselves to ensure the availability of energy when expansions like this one necessitate it. For instance, Consumers Energy, Michigan’s largest energy provider, offers customers lower rates for charging during lower-demand hours overnight.

With more investments in renewable energy sources, the energy with which we power our commutes is becoming cleaner and further reducing emissions as coal plants are retired.

Tesla’s network contributes significant strengths to the wider charging infrastructure. Perhaps the greatest testament to the company’s network of chargers lies in its end-to-end charging ecosystem. Charging stations are readily searchable (from the car dashboard for Tesla drivers), with easily accessible and reliable information regarding the operability and functionality of said stations. Drivers also can opt for simple in-car payment methods that are just a click away. These features could help influence the wider market to create more connected experiences for EV drivers. 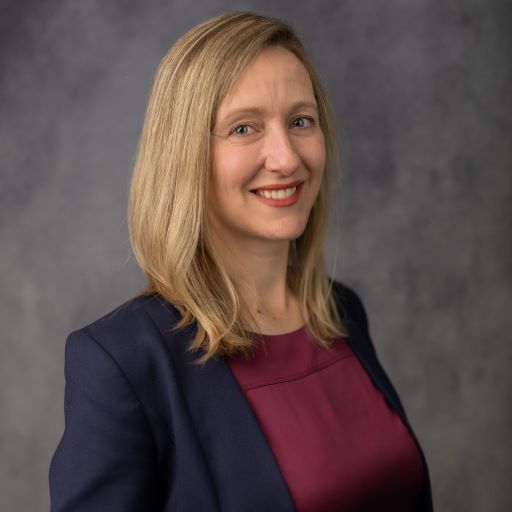 Without much word from Tesla, this may mean an adapter will be made available for purchase in the U.S., giving non-Tesla EV owners the ability to utilize the supercharging network. Alternatively, Tesla could decide to enhance supercharging stations by adding new 150-kW charging bays with combined charging system plugs and the ability to scan credit cards per the New Electric Vehicle Infrastructure formula program, or NEVI.

EV owners have had to navigate a hodgepodge of charging networks up to this point. Opening up the Tesla Supercharger network and expanding the GM & Pilot network add more pieces to the hodgepodge, though these additions are of significant help to statewide and national EV infrastructure goals. They will inspire the greater market to build better charging experiences for EV drivers far and wide.