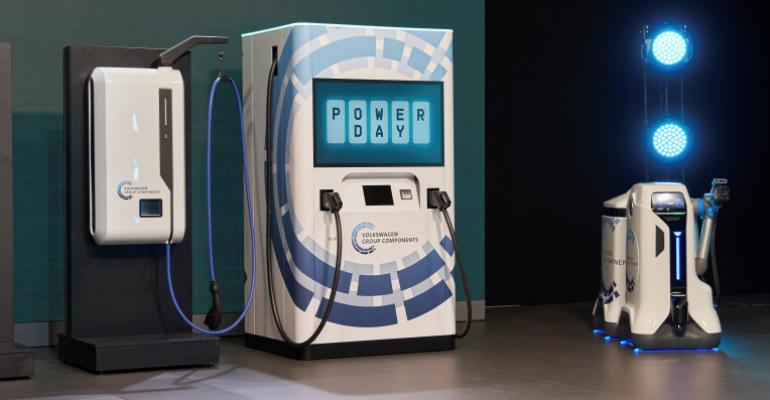 To ensure battery supply for VW’s upcoming EVs, the automaker says it will establish six battery factories in Europe by decade’s end. First VW EVs with unified cell technologies will launch in 2023, and result should be battery prices cut in half in entry-level EVs.

At Volkswagen’s first Digital Power Day, the emphasis was most decidedly on the power. Not horsepower or torque, as might have been the case in the past, but electricity, the power of the future.

Members of the VW Group and its partners around the world presented a holistic look at VW’s technology roadmap and how the company’s many brands will make electric mobility a reality for drivers and riders in its “most important e-mobility markets” of Europe, China and North America.

One of the key changes to the way VW will build and design future electric vehicles is with its new unified cell battery technology. VW’s unified cell technology uses the same physical pack formats, just with different chemistries inside, to make designing future EVs less expensive and requiring less time.

The first VW EVs with unified cell technologies will launch in 2023, but the real paradigm shift will come when the Group hits its target of installing unified cells in “up to 80% of all electric vehicles in the Group in 2030,” as the company says in an announcement today. The remaining 20% would still use specialized solutions.

To make sure all of the Group’s upcoming EVs have the batteries they require, VW says it will establish six battery factories in Europe by the end of the decade.

The first two are being set up in Skellefteå, Sweden, and Salzgitter, Germany. Spain and Eastern Europe are likely locations for future plants.

These “gigafactories” will have a total production capacity of 240 GWh and the in-house production should mean VW will have however many battery cells and packs it will need across the Group.

These packs will cost less than if VW were to buy them from suppliers – “significantly below 100 euros [$119.50 US] per kilowatt hour,” says Thomas Schmall (pictured below, left), CEO of Volkswagen Group components – because it can optimize the cell type, produce them in the most efficient way possible and recycle components from older packs. 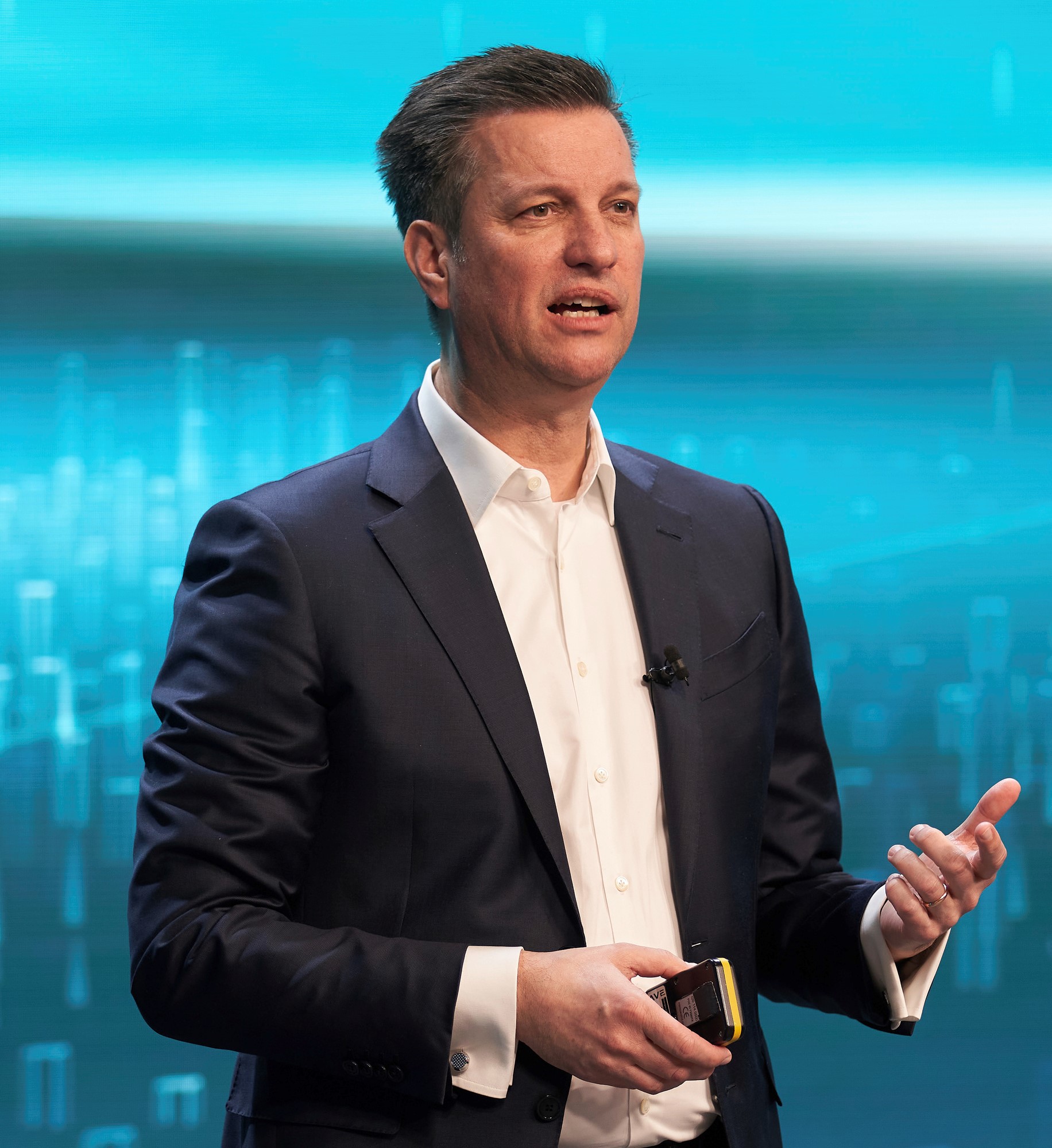 The end result should see battery costs up to 50% lower in entry-level EVs, and reductions of up to 30% in volume segment models, based on differences in cell chemistries used in these segments.

Entry-level models will use iron phosphate chemistry, while volume models will use high manganese. Specific solutions will use nickel manganese cobalt and, somewhere down the line, VW is eyeing solid-state battery packs as well.

Another benefit to the advanced battery designs will be shortened charging times. The company predicts that the time required to add 280 miles [450 km] to a pack will drop from around 25 minutes today to 17 minutes by 2025 and around 12 minutes some time after that.

Audi Chairman Marcus Duesmann also updates the brand’s upcoming Artemis electric vehicle project, which was started last summer as a way for Audi to launch high-efficiency EVs in a “fast and agile” way.

“This is how we are developing the next-generation electric car in record time, which we will present to our customers in late 2024,” Deusmann says.

After just nine months, the concept phase for the first model based on Artemis has been completed, and serial development has now started. This model also will be the first to use the Groups new unified battery cell format. “The Artemis model will be the initial use case for the cell-to-pack technology, the Group’s new standard,” he says.

While VW is looking to move battery production in-house, the company is not trying to do everything itself. There were many details about charging infrastructure mentioned in the hours-long presentation today, but the gist about charging was that partnerships work.

Whether its VW’s technically independent Electrify America network in the U.S., Ionity, Enel and BP in Europe or CAMS in China, more and better EV charging stations are being installed every week.

As makes sense for presentation focused on the future, VW ended with this tantalizing thought: “With the right energy management and intelligent storage systems, one day, charging will be for free.”