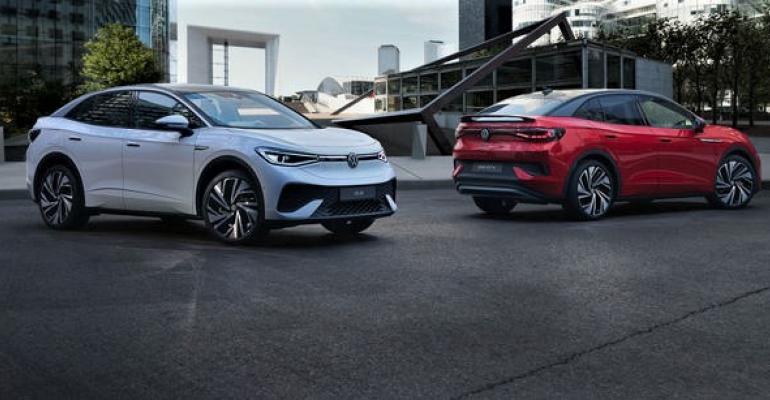 The CUV coupe becomes the German automaker’s third dedicated battery-electric vehicle. VW says it has no immediate plans to sell the ID.5 in North America.

Volkswagen reveals the ID.5 ahead of the sales launch of the MEB-platform based, battery-electric CUV coupe in selected markets in first-quarter 2022.

Closely related to the ID.4, alongside which the ID.5 is produced at Volkswagen’s Zwickau factory in Germany, the latest ID.-badged model comes with the choice of two standard rear-mounted synchronous electric motors with either 172 hp or 201 hp in so-called Pro and Pro Performance models.

For the introduction of the ID.5, Volkswagen has increased its maximum charging rate from 125 kW to 135 kW, allowing its battery to charge from 20% to 80% in less than 30 minutes, according to the German automaker.

The ID.4 and new ID.5 share the same basic front-end styling. However, the latter receives a sloping roofline and a more heavily angled tailgate with an integrated spoiler element, giving it a coupe-like profile.

Reflecting its more sporting positioning, the ID.5 GTX receives its own specific detailing, including a more aggressively styled front bumper, a lower-set grille and color-keyed sills. The rear bumper features a larger spoiler and diffuser element. 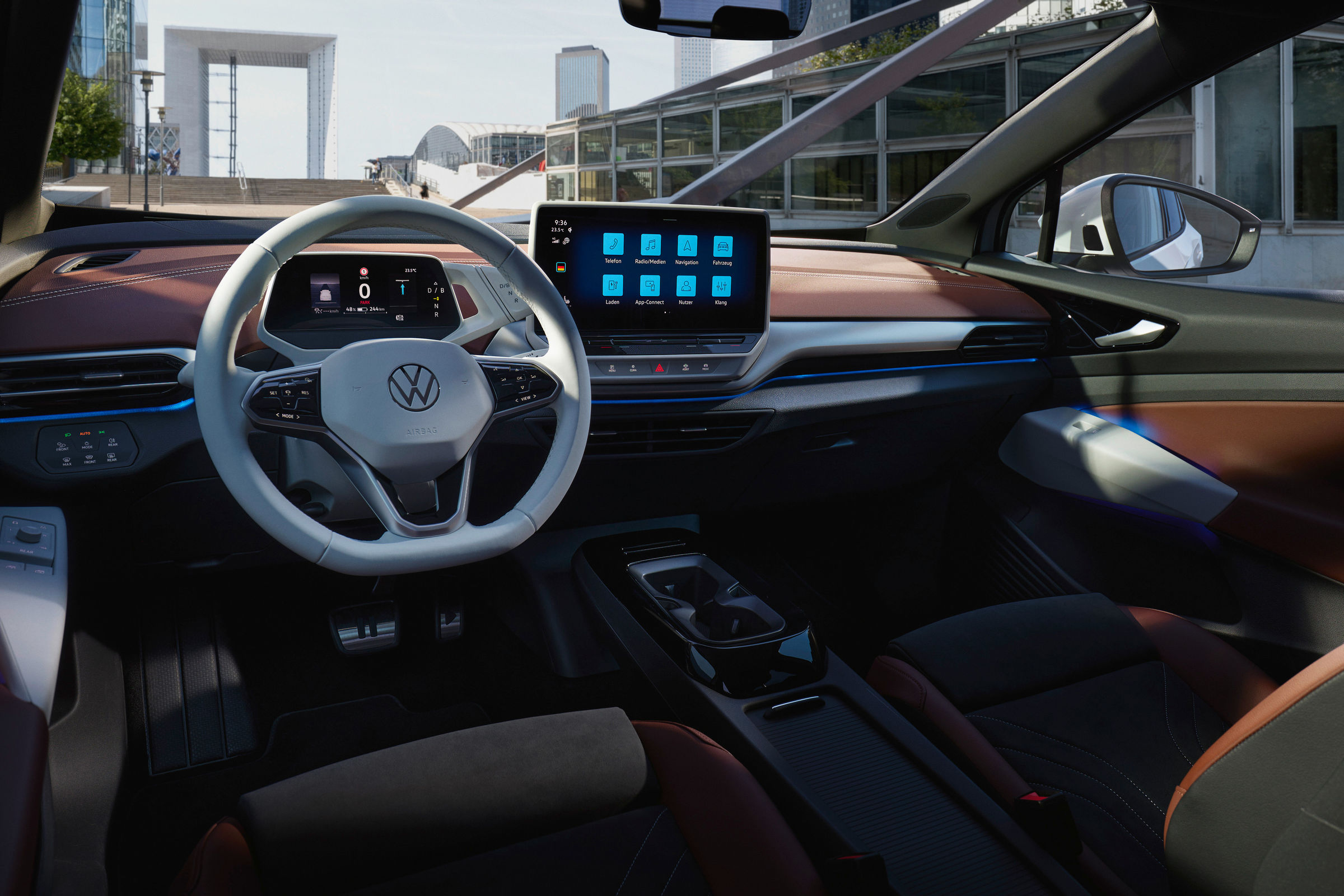 Inside (pictured, above), the ID.5 adopts the same dashboard and appointments as the ID.4, with a 6.0-in. (15-cm) digital instrument display and 12.0-in. (30-cm) touchscreen infotainment system. The reduction in overall height reduces rear-seat headroom by some 0.5 in. (13 mm) compared to the ID.4, but with the same 109.1-in. (2,771-mm) wheelbase and a flat floor structure, rear-seat legroom is claimed to be one of the new ID. model’s strengths.

While Volkswagen has confirmed sales of the ID.5 for European and Chinese markets, it says the new model is not immediately planned to be sold in North America.

The ID.5 is the third model from Volkswagen’s ID. electric-vehicle sub-brand. The fourth model, a production version of the earlier ID. Buzz concept in the form of a multi-seat MPV, is planned to be unveiled in 2022. 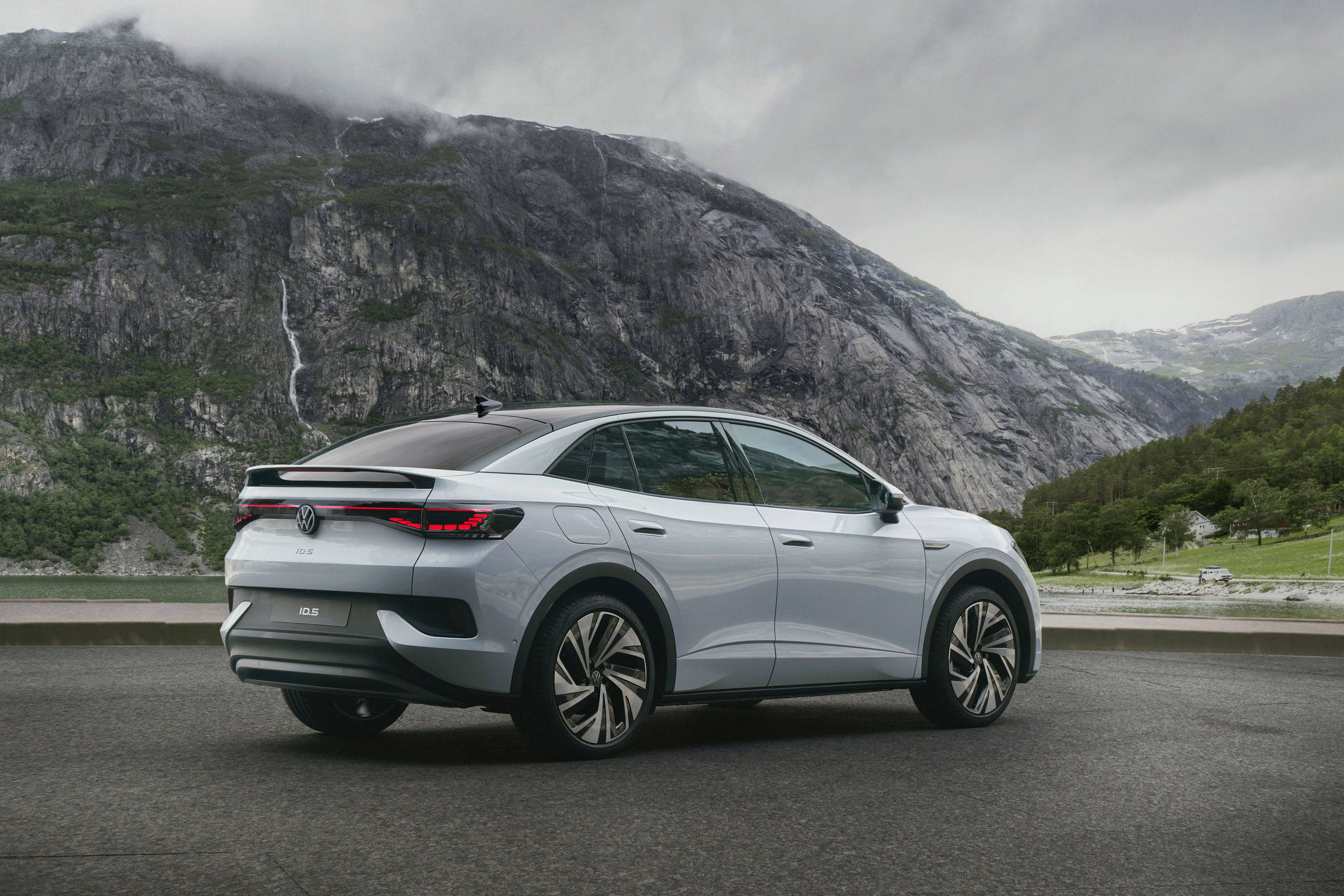