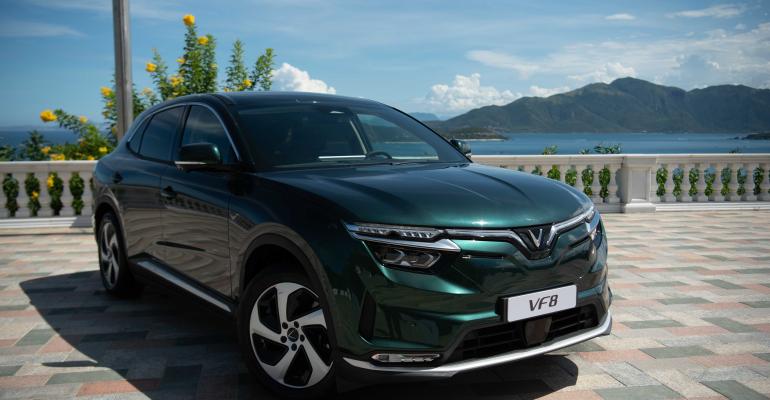 HANOI, Vietnam – VinFast is the best-funded electric-vehicle company most Americans have never heard of. The new automaker only started in 2017, but its 5-year history belies the idea that this is another struggling EV start-up.

VinFast is part of the massive VinGroup, the biggest conglomerate in Vietnam, which also runs hospitals and amusement parks, builds massive housing complexes and operates its own university.

VinGroup also owns VinSmart (which wants to become a global tech firm), VinAI (artificial intelligence), VinBigData (data science) and VinBrain (AI for health care) among other brands. As of December 2020, VinGroup was responsible for 2.2% of Vietnam’s total GDP. In other words, there’s plenty of money behind VinFast.

With that money comes ambition. VinFast currently sells both gas-powered and electric vehicles in Vietnam. At the 2021 Los Angeles auto show, VinFast announced it would sell its electric vehicles in the U.S., and now says the first deliveries will happen by the end of 2022.

During a recent trip to Vietnam sponsored by VinGroup, Wards was able to tour VinFast’s 828-acre (335-ha) manufacturing facility near the city of Hai Phong. The grounds include not just an assembly shop for the cars and scooters the company builds, but also a paint shop, press shop (pictured, below) and engine shop. The entire plant was built in 21 months. In other words, there’s plenty of momentum behind VinFast. 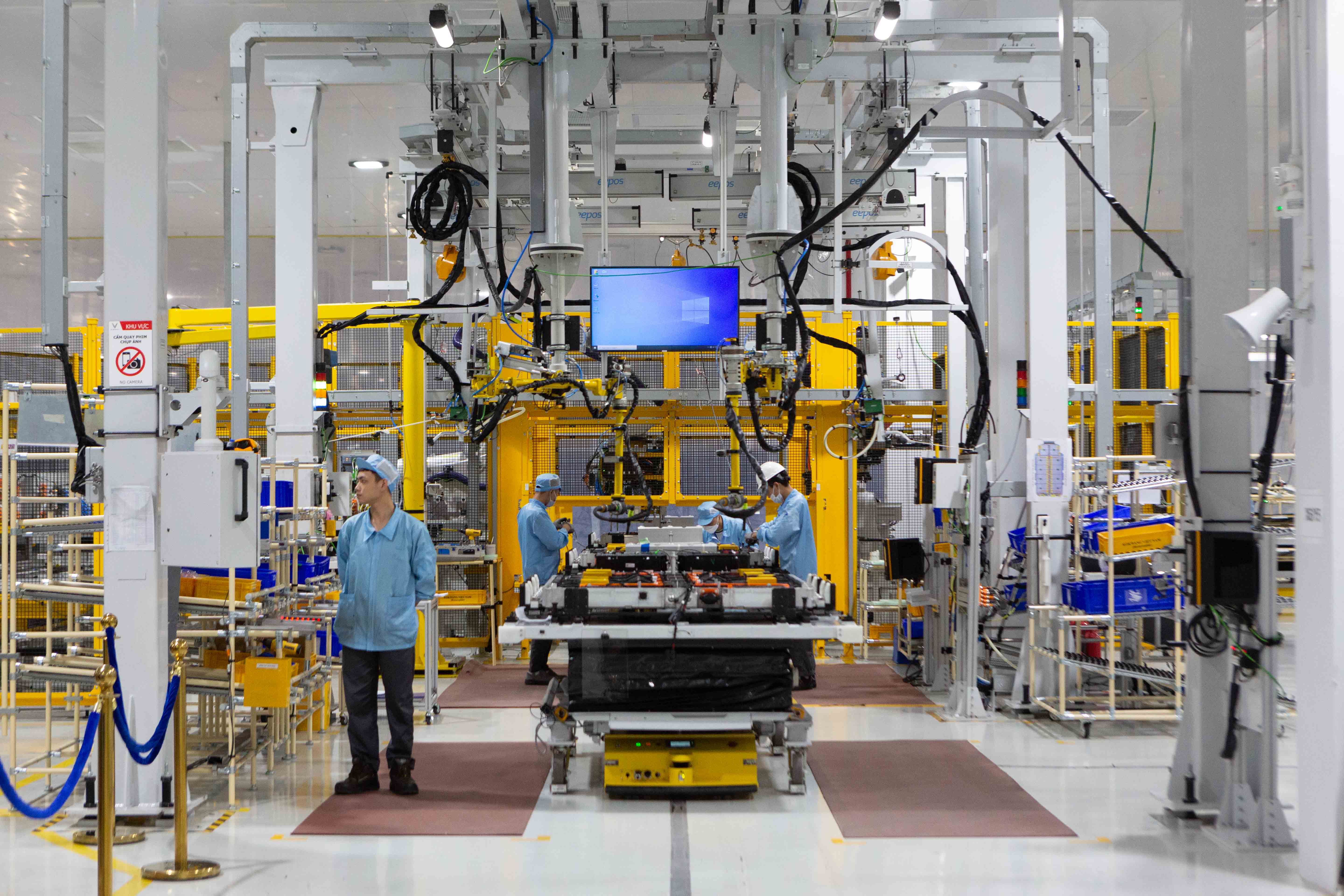 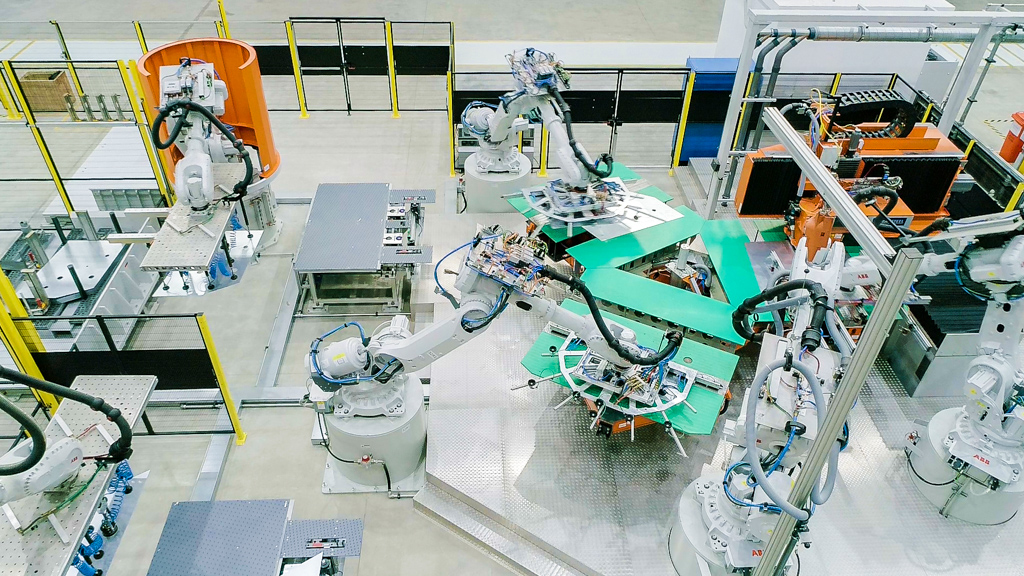 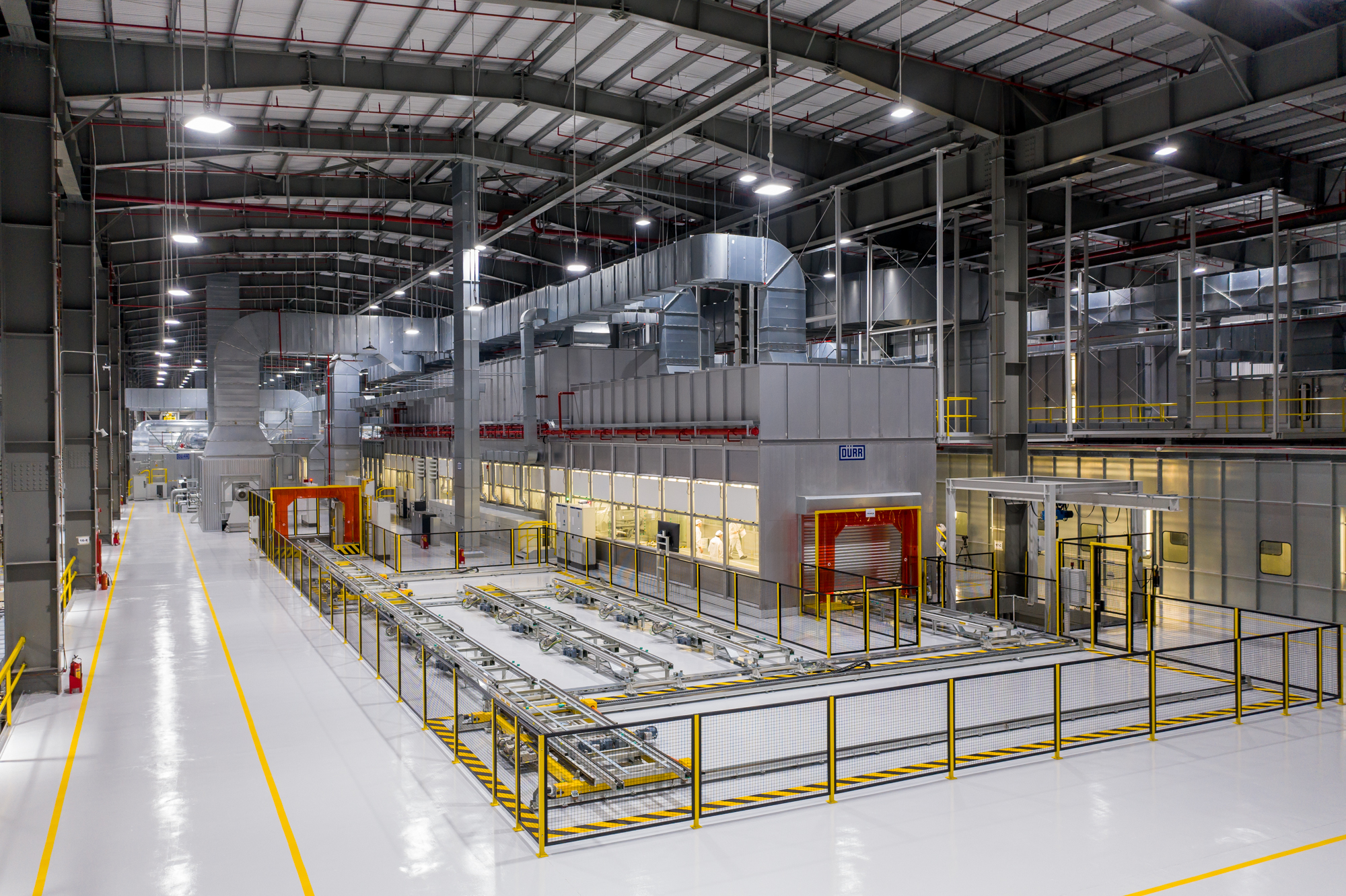 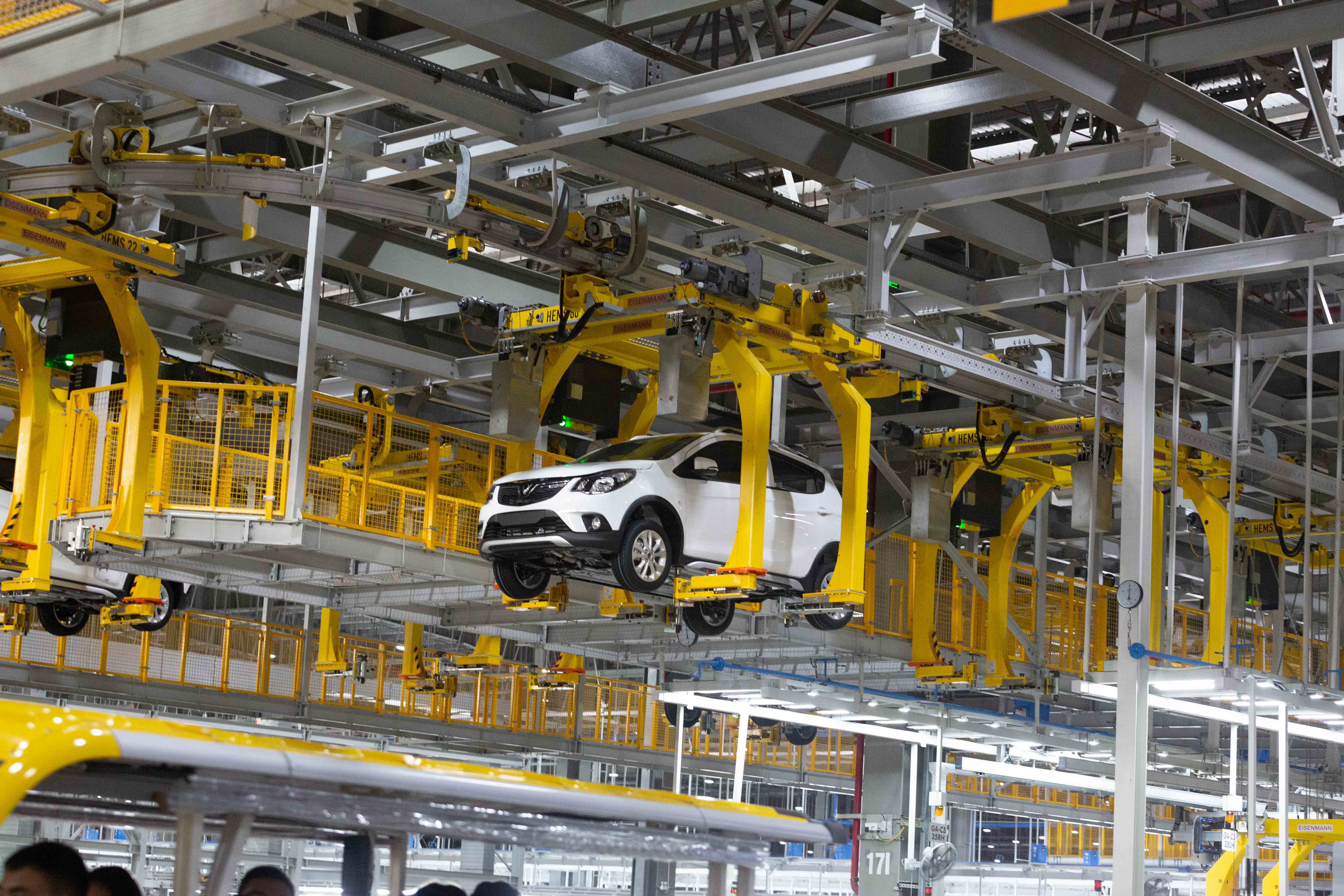 In March, VinFast announced it will build an even larger EV assembly facility – this one with a battery plant – in Chatham County, NC. Thanks in part to $1.2 billion in incentives from the State of North Carolina, construction starts this year and the first vehicles should roll off the line in July 2024.

Phase 1 of the project represents a total investment of $2 billion and, when this part of the plan is finished, annual production capacity at the North Carolina plant will be 150,000 vehicles. Future phases could increase that number, if VinFast sees strong demand.

VinFast’s plant is expected to create more than 7,000 jobs and President Biden tweeted when the project was announced that, “It’s the latest example of my economic strategy at work.” In other words, there’s plenty of government support for VinFast.

There are questions, too, about whether American car buyers are going to be interested in an unknown model from an unknown, at least in America, brand. The company is smartly targeting the popular CUV segment with its first offerings from North Carolina (the initial batch of vehicles will be imported from Vietnam).

The VF 9 is a fullsize, 7-passenger CUV while the VF 8 midsize CUV seats up to five. The vehicles will start at an announced price of $40,700 for the VF8 ($55,000 for the VF9) but that doesn’t include a required monthly battery subscription or other fees. VinFast says prices are still subject to change.

VinFast debuted these EVs to the U.S. audience last year at the LA show, but Le Thi Thu Thuy, VinGroup vice chairwoman and VinFast Global CEO, says we shouldn’t expect much mass-market media advertising from VinFast in the coming years.

Instead, the brand will focus on direct-to-customer events such as public test drives and building attractive branded retail stores in high-visibility shopping centers. VinFast already has opened its first six such stores, all in California.

VinFast also will rely on peer-to-peer engagement, as evidenced by the many early reservation holders for a VinFast EV and social-media influencers who had been invited on the trip.

Despite all of the promise that VinFast has as the first Vietnamese brand selling cars in the U.S., success remains a question mark. The pieces are there, considering the strong demand for new cars these days, especially CUVs and, for a growing number of people, EVs. If VinFast can improve on some of the shortcomings of its EVs on the road (https://www.wardsauto.com/vehicles/vinfast-vf-8-needs-more-vim), they have more than a chance. CEO Thuy Le is certainly confident.

“We always deliver what we say we will deliver,” she says during the trip. “We have people, we have knowledge, we have great backing from the State of North Carolina. We’re going to make it happen.”