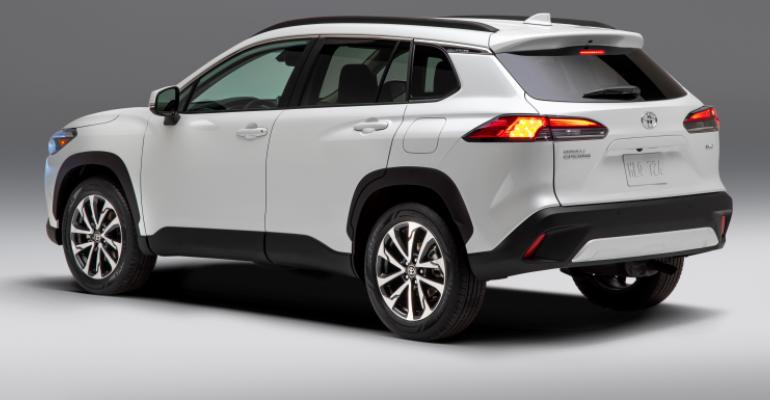 PLANO, TX – After selling almost 50 million Corollas worldwide since launching in Japan in 1966, Toyota is expanding the shape and definition of what a vehicle with the name looks like.

The company unveiled the new Corolla Cross here today as a new entry in the rapidly growing compact CUV segment.

“The 2022 Corolla Cross is a smart, refreshing and well-balanced addition to the lineup,” says Toyota Marketing general manager Sam Goot.

While they share a name, the Corolla Cross doesn’t look much like the Corolla sedan. The black grille is larger and positioned more horizontally in the CUV than the sedan, and the driving position is obviously higher.

Black accents and cladding give the Corolla Cross a tougher look, and the integrated rear spoiler and LED lighting put the design squarely in the melting pot that makes up today’s compact CUV style from most automakers.

Based on the Corolla sedan and riding on the TNGA-C platform, the Corolla Cross will come in three trims (L, LE and XLE) and all three can be had with front- or all-wheel drive.

No hybrid model was disclosed today, but Goot showed an image of a Toyota logo with blue accents, which is what Toyota uses for its hybrid models, and said more announcements will be coming on that front next year.

The Corolla Cross will offer a laundry list of features that entry-level CUV buyers want, but not many of them are standard in the base L trim. 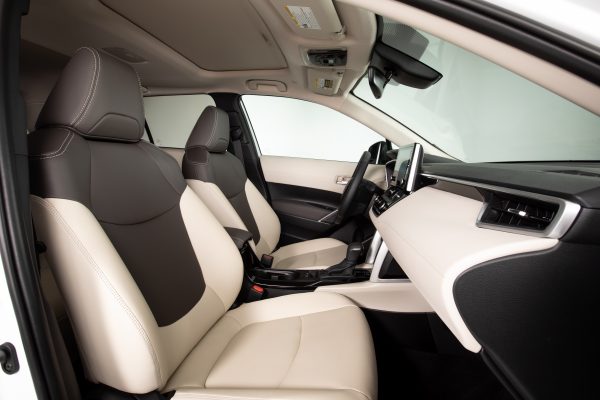 Toyota will announce pricing details closer to launch, but Goot says the numbers will work in the marketplace.

Toyota already has a compact CUV, the C-HR, but Goot says the two vehicles will live in harmony in the lineup. “They have a little bit different buyers, and this will have all-wheel drive capabilities that the C-HR doesn’t, but the C-HR isn’t going away, she says.”

Toyota expects roughly a third of its Corolla sales will be Corolla Cross sales, at least initially, Goot says, and the split between FWD and AWD likely will be around 50/50.

Through the first quarter, Toyota sold 72,520 Corolla sedans in the U.S., making it the nation’s most popular Upper Small Car, as tracked by Wards Intelligence.

But the C-HR has struggled to keep pace in the Small CUV segment, with only 10,401 U.S. deliveries in the first quarter, lagging well behind the Subaru Crosstrek, Nissan Kicks, Kia Sportage, Chevy Trailblazer, Ford Bronco Sport, Honda HR-V, Hyundai Tucson and Jeep Compass. 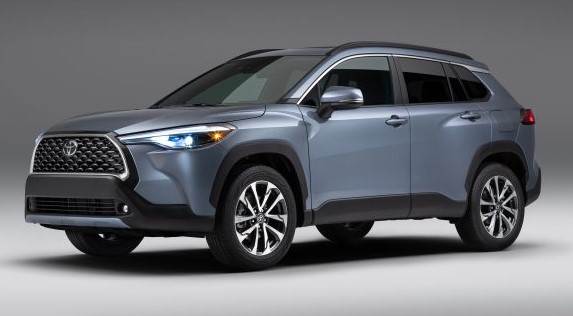