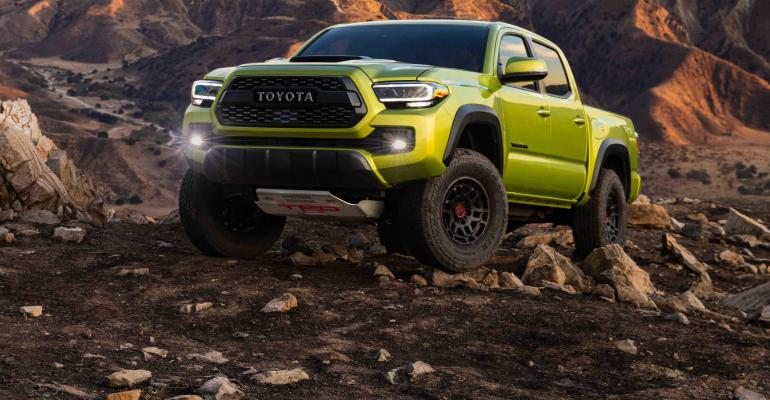 Toyota rolled out trucks, hybrids and special editions for its 2022 lineup at last week's media event at its North American headquarters, although the Corolla Cross was the star of the show.

The new Corolla Cross was the star of Toyota’s media event at its North American headquarters last week, but a classic late-night TV informercial host should have been on hand to repeat, “But wait, there’s more!” More trucks, more hybrids and more special editions. And then even more.

Here’s a rundown of what was new at this small Toyota-centric auto show. 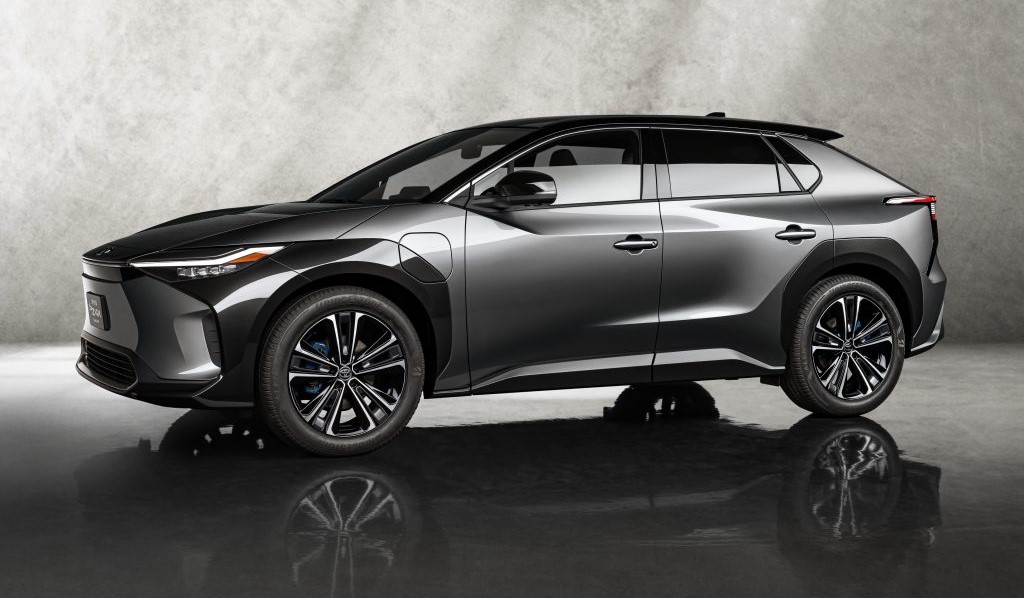 About the same size as a Toyota RAV4, the bZ4X concept previews a production all-wheel-drive electric CUV that’s scheduled for some time next year.

The bZ4X will use the e-Toyota New Global Architecture (e-TNGA) platform co-developed with Subaru (and which will be used on Subaru's upcoming Solterra EV), but we’ll have to wait for technical details. 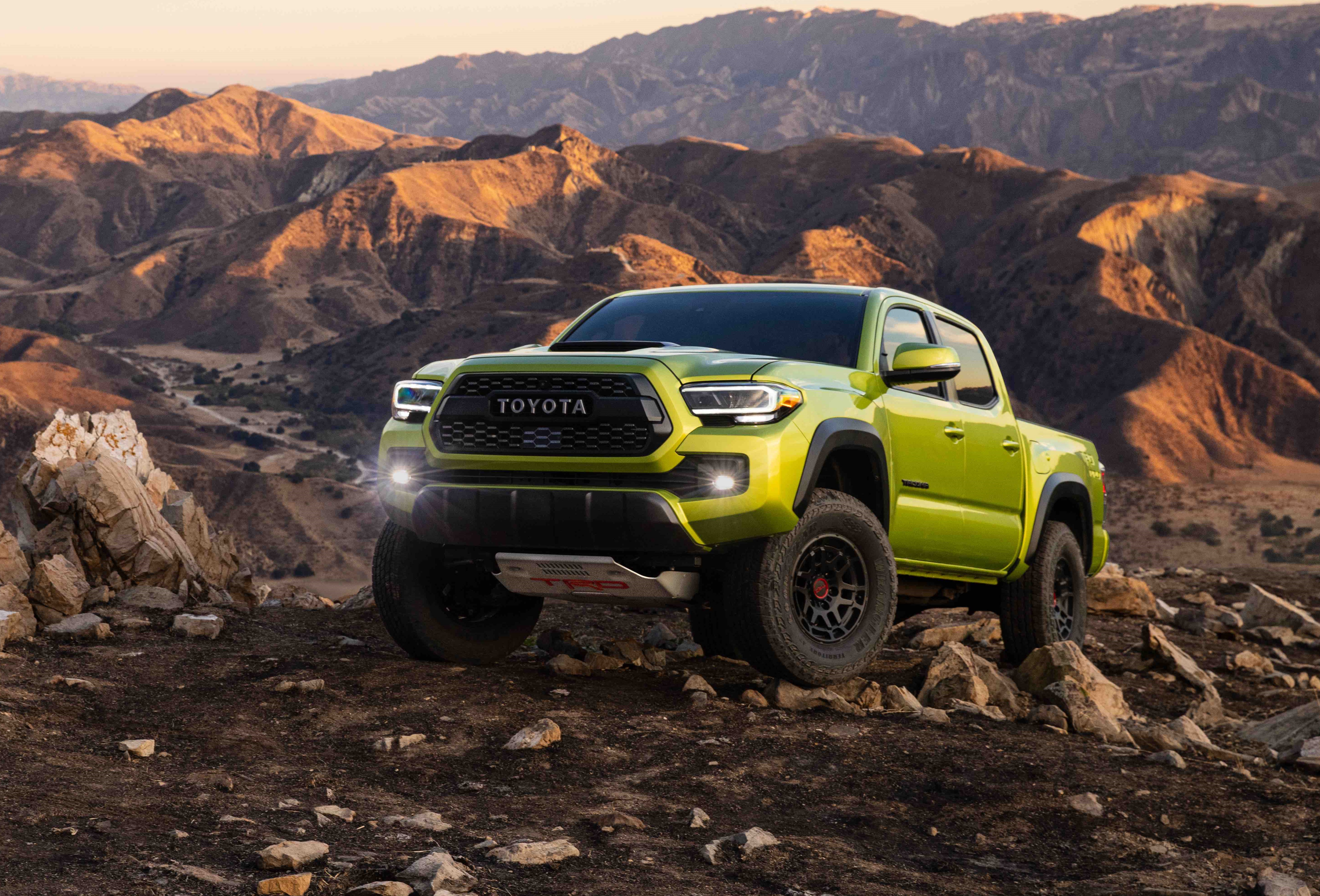 Toyota offered up many more details about the ’22 Tacoma TRD Pro, which literally raises the performance of the Tacoma TRD Off-Road 4×4 Double Cab short-bed model by using specially tuned Fox shocks to increase the suspension lift by 1.5 ins. (3.8 cm) on the front wheels and 0.5 in. (1.3 cm) in back.

Toyota says these changes will give the new Tacoma TRD Pro better approach and departure angles for improved off-road capabilities. Power comes from the standard 3.5L V-6 which produces 278 hp and 265 lb.-ft. (359 Nm) of torque.

The looks are improved as well, if you like the TRD Pro’s exclusive Electric Lime Metallic color and features including a blacked-out hood scoop, new black TRD wheels and the new Goodyear Territory all-terrain tires. 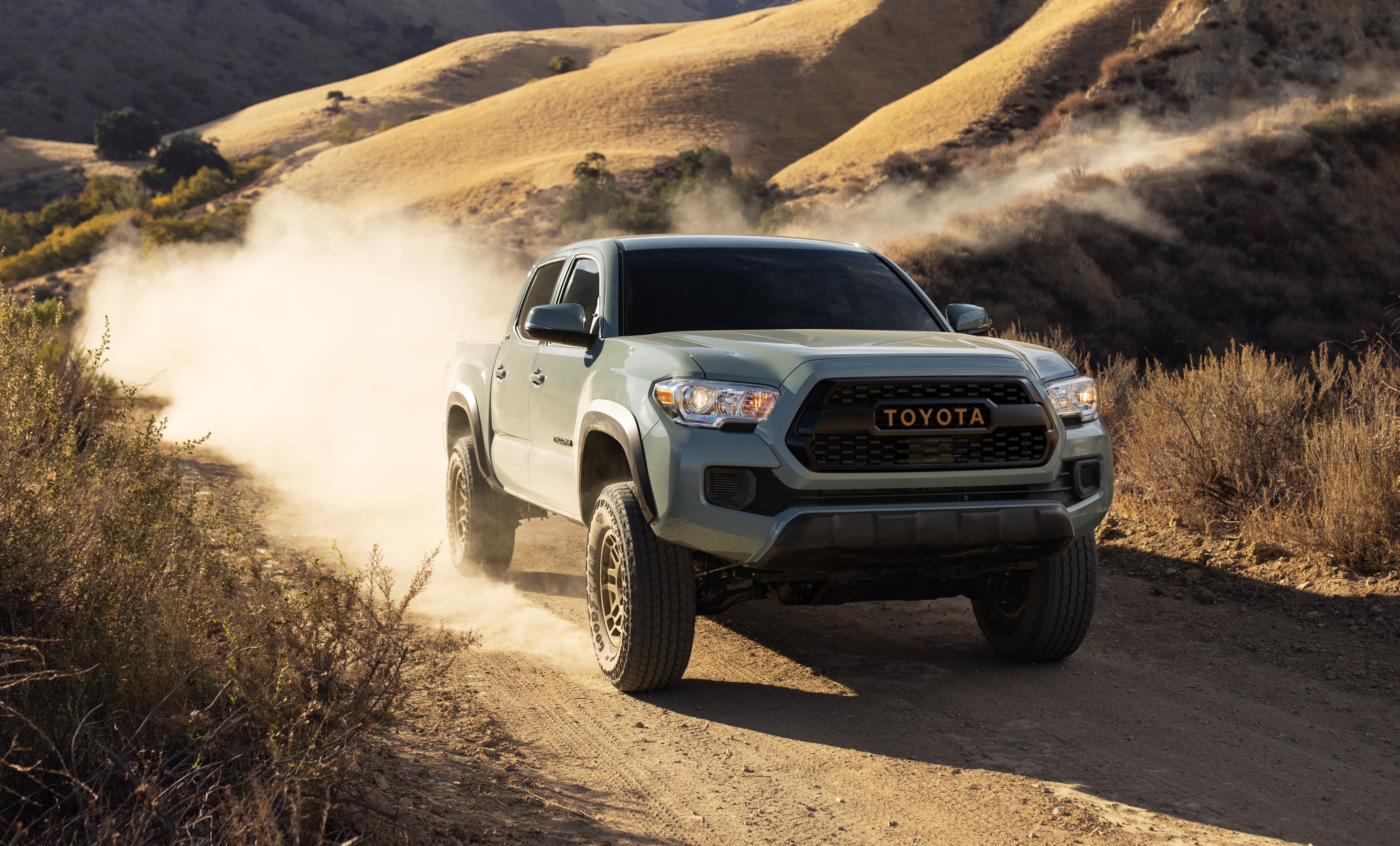 The other Tacoma truck announced last week was the ’22 Tacoma Trail Edition 4×4, an update to the Trail Edition that debuted a year ago.

Based on the SR5 trim of the Tacoma 4×4 Double Cab, the new Trail Edition gets lifted just like the TRD Pro Tacoma, but not quite as much. Here, the suspension lifts are 1.1-ins. (2.8 cm) in front and 0.5 in. (1.3 cm) in back, but the approach and departure angles again are improved, now to 34 and 23.6 degrees, respectively.

To make trail driving a bit easier, Toyota got rid of the front air dam and added undercarriage skid plates. As we’ll see with the special edition Highlander below, Toyota also has added bronze color accents to the grille and wheels.

Other convenience features include lockable bed storage and a 120V power outlet in the bed. If you’re ready to relax instead of drive, the insulated driver's-side bed storage compartment can be used as a cooler. 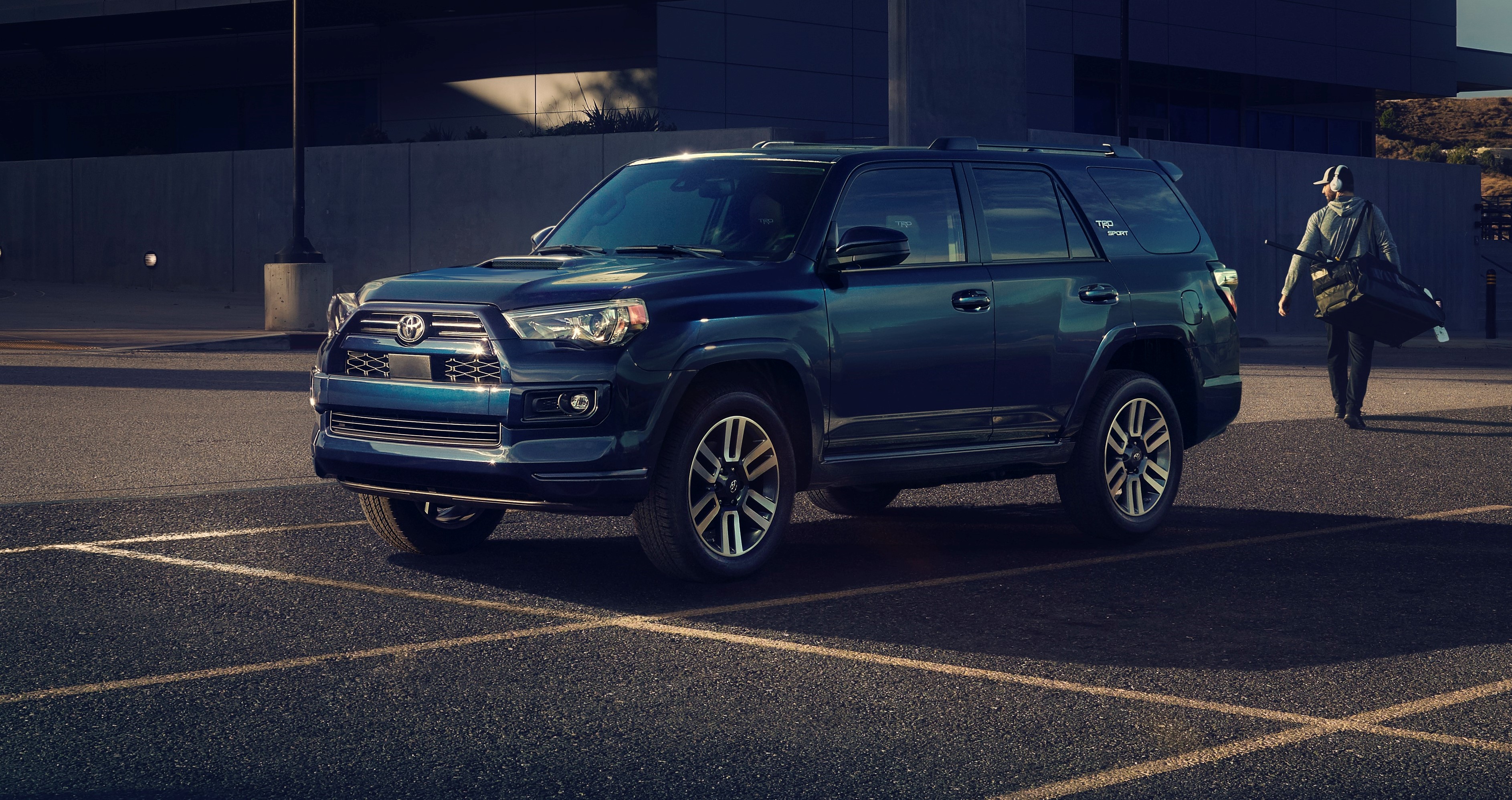 It’s not just trucks that are getting the TRD treatment this year. The ’22 Toyota 4Runner TRD Sport is a bit more style than substance, but it’s not totally lacking what Toyota calls “road-worthy upgrades” such as a Cross-Linked Relative Absorber System (X-REAS) suspension that’s also available on the Limited trim of the non-TRD 4Runner.

The 4Runner TRD Sport also has larger (20-in.) wheels instead of the 17-in. wheels found on the SR5 trim that the TRD Sport model is based on.

The 4Runner TRD has more upgrades that are visually focused, such as the color-keyed accents on the grille, rocker panels and body molding. Toyota also adds a TRD-style hood scoop, front spoiler and black roof rails. 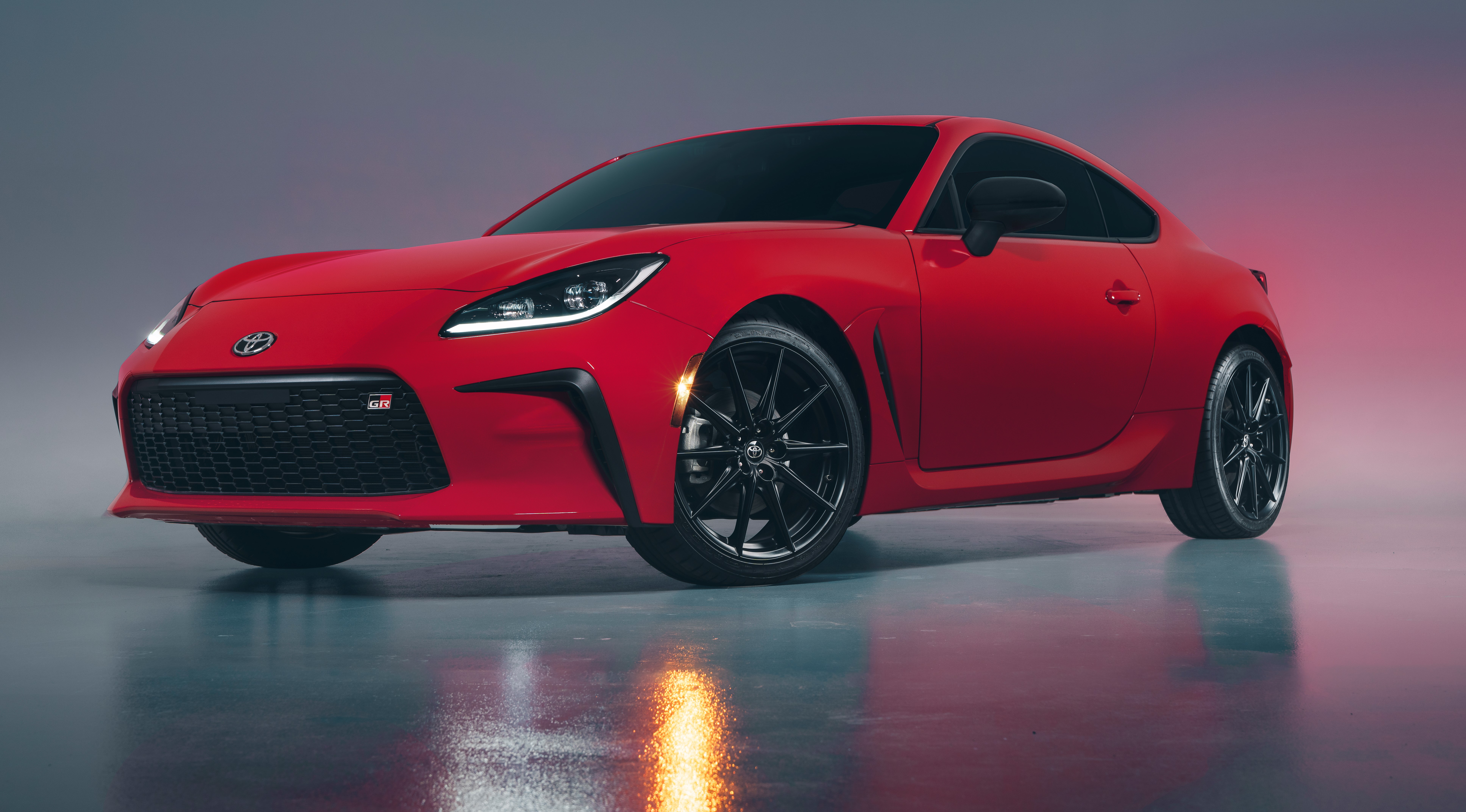 Since a car like this isn’t any fun without a place to really test it out, each ’22 GR 86 comes with a one-year membership in the National Auto Sport Assn. (NASA), including expert driving instruction at a high-performance event. 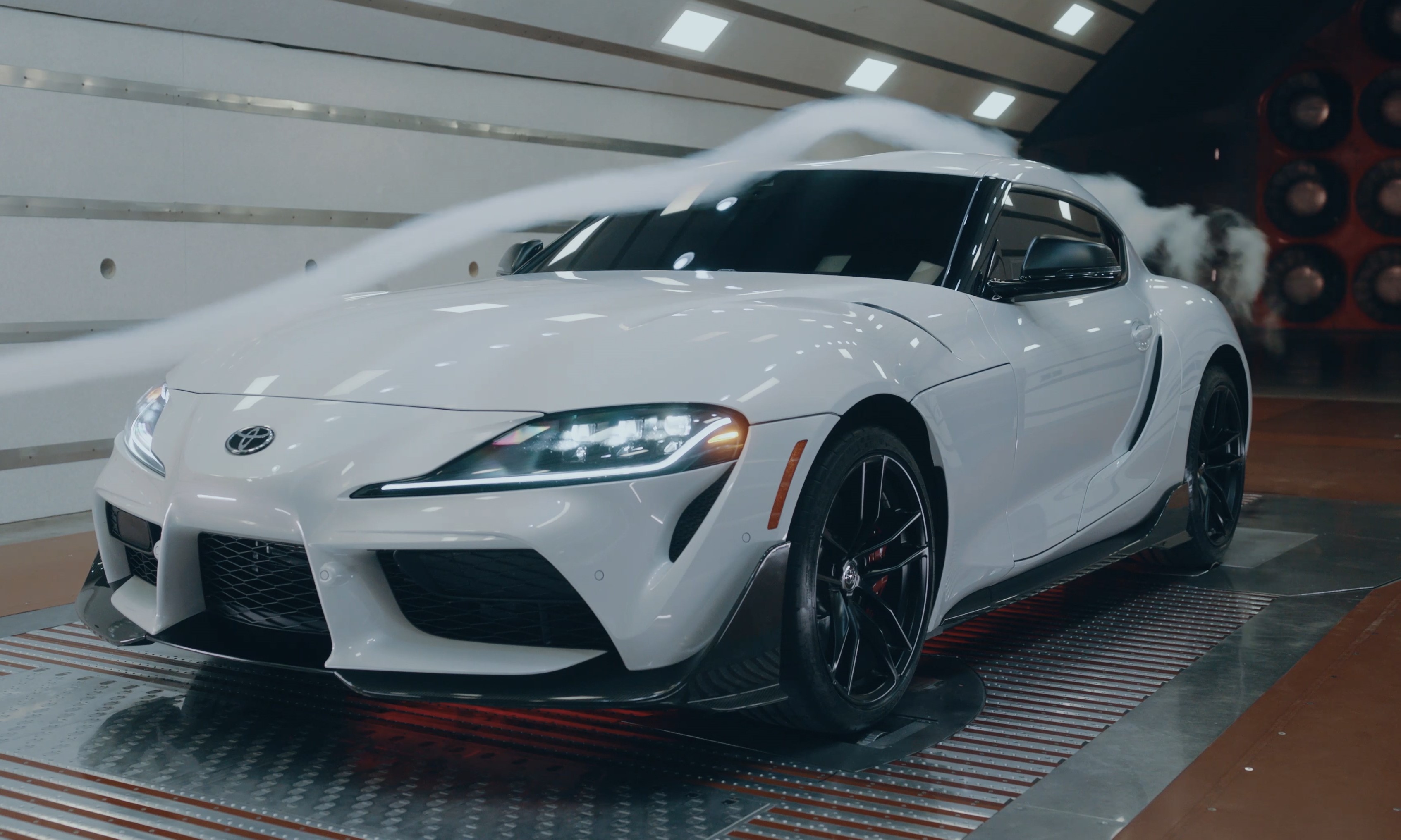 You won’t find the updates Toyota is offering in the GR Supra A91-CF Edition anywhere but North America, and the special edition is limited to just 600 units.

When the GR Supra is sitting still, you'll notice where Toyota used weight-cutting carbon-fiber elements including the front splitter and side rockers. Those elements also give the CF in the name a reason for being there.

The special Supra goes one sale this fall, and it will come with the same NASA membership and driving instruction benefits as the GR 86. 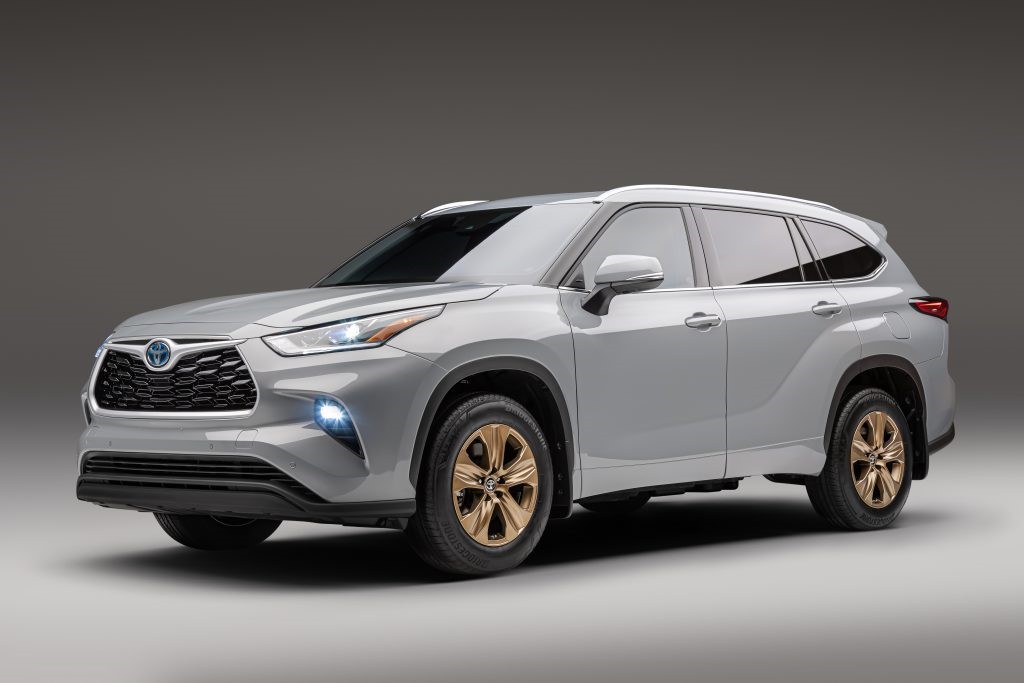 Toyota’s special editions for 2022 include the Toyota Highlander Bronze Edition (pictured, above) – a hybrid-only appearance package that adds bronze touches to the 18-in. wheels, interior stitching and logos – and the 2022 Toyota Prius Nightshade Edition (pictured, below), which darkens the hybrid’s look with black wheels, badges and exterior trim.

You can go all-in on the dark look with Midnight Black Metallic exterior paint or choose Super White or Silver Metallic for contrast. 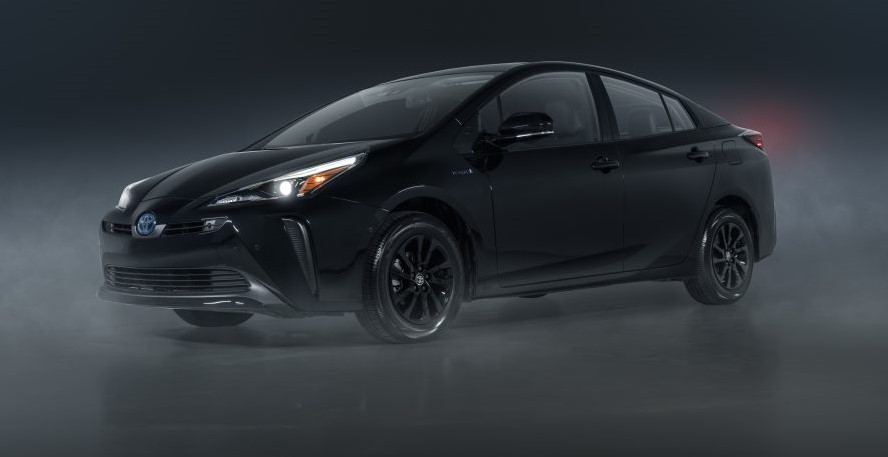