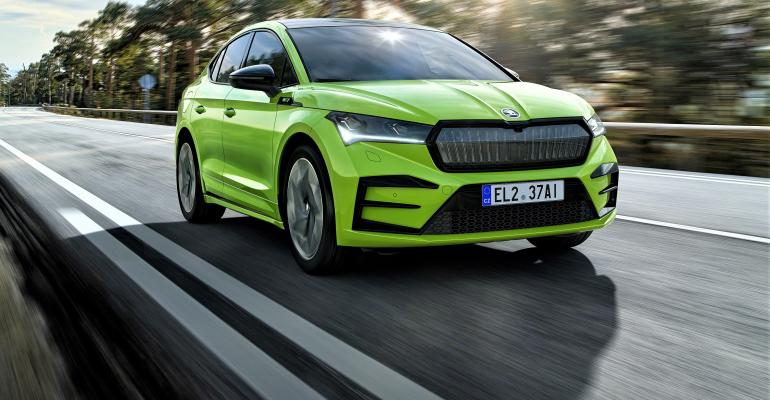 Sister model to the Volkswagen ID.5 GTX, the new 5-seater is powered by two electric motors, one at the front and another at the rear, with a combined system output of 302 hp and 338 lb.-ft. (458 Nm) of torque.

The Enyaq Coupe vRS is equipped with a 77-kWh battery, the largest unit offered in the Volkswagen Group’s MEB platform, as standard. The lithium-ion unit can be charged at up to 135kW, allowing a 10%-80% charge in a claimed 29 minutes.

Skoda doesn’t confirm an official range for its latest BEV, but the identically powered Volkswagen ID.5 GTX is rated at 296 miles (477 km) on the WLTP test cycle procedure used in European markets.

The second electric Skoda model builds on the more upright Enyaq SUV with a more heavily raked roofline and liftback-style tailgate at the rear, providing it with a coupe-like profile as well as a 0.20-in. (5-mm) increase in overall length.

Styling elements differentiating the range-topping Enyaq coupe vRS from lower Enyaq trim levels include a so-called “Crystal Face” grille which lights up with 131 individual LEDs. The new Skoda performance BEV also receives a gloss black vRS grille surround and rear diffuser as well as a full-width light band between the taillamps and standard 20-in. wheels.

Production of the new Skoda is planned to take place at the Volkswagen subsidiary’s Mlada Boleslav factory alongside the Enyaq SUV.

The Enyaq Coupe is the fourth Skoda model line to gain a vRS performance flagship designation, following the combustion-engine Octavia, Fabia and Kodiaq.

Skoda is yet to announce pricing for its latest model, though it confirms the vRS will be the first Enyaq Coupe model to see European deliveries in June. 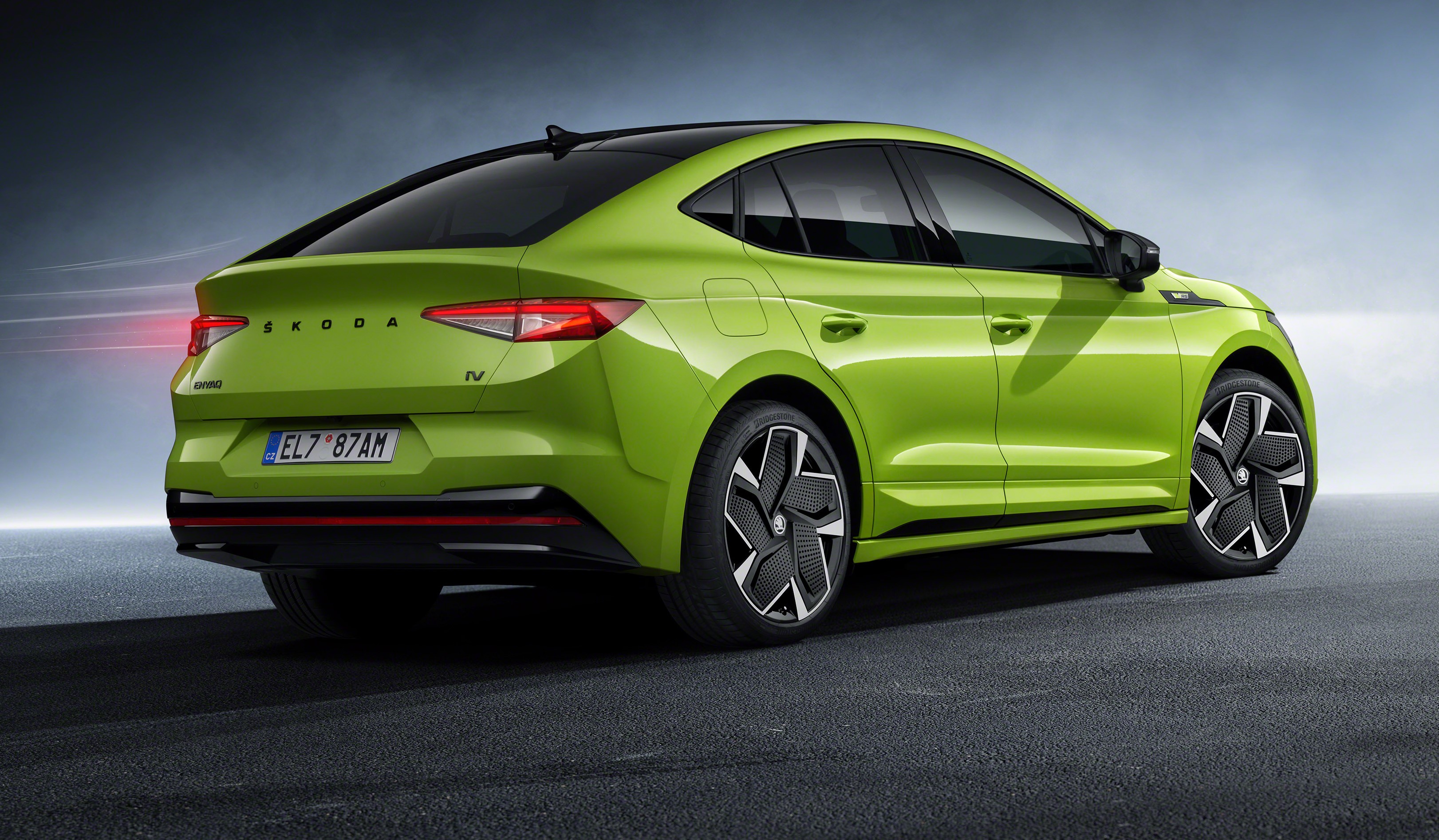