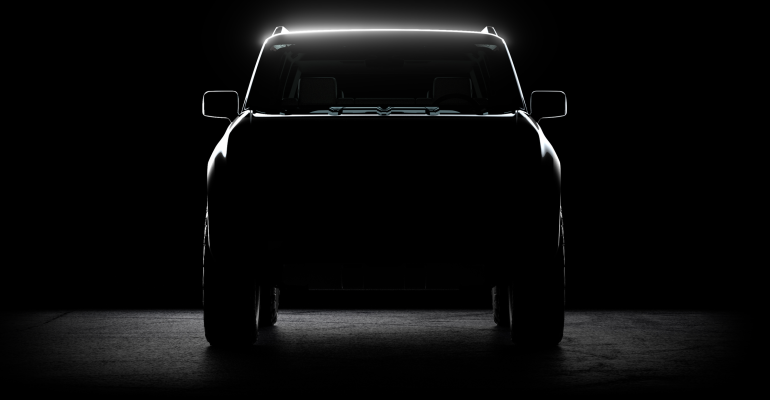 The resurrection of the International Harvester Scout steps up a gear with the launch of a scoutmotors.com website.

On it, the Volkswagen Group-owned brand has issued a teaser image of the first in what officials say will be a series of modern-day electric-powered SUV and pickup models from the iconic U.S. automaker.

Due on the market in 2026, the initial new Scout model is described on the website as possessing a “strong stance and upright posture reminiscent of classic Scout models.”

Depicted in a front-end view, it rides on large off-road tires and appears to possess substantial ground clearance.

A high-set hood with distinctive contouring, square-shaped exterior mirrors, an upright glasshouse and roof rails – elements that typically distinguished the original line of Scout models produced between 1961 and 1980 – are also evident on the new Scout, which has been described to Wards as an SUV.

Teaser images showing a Scout SUV and pickup in profile (pictured, below) were released earlier. 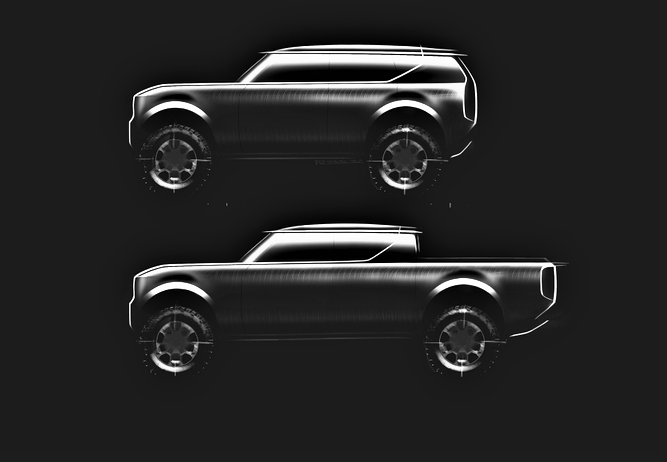 Volkswagen Group of America’s plans to resurrect the International Harvester Scout brand were made official in May. The Virginia-based automaker is headed by former VWA CEO Scott Keogh, who says it plans to sell up to 250,000 units annually by the end of the decade.

No details have been released on the technical aspects of the new lineup of Scout models. In a previous statement, VW denied they would be based on the MEB platform used by other electric-powered ID. models, including the German-built ID.4, ID.5 and the Chinese-built ID.6, saying they would receive their own dedicated BEV platform.

Rumors have linked Scout with a possible technical tie-up with Ford. VW’s Commerical Vehicles division already cooperates with Ford on the second-generation Amarok pickup, which was designed and developed alongside the latest Ford Ranger. However, VW has so far denied any Ford involvement in Scout.

Together with the new website, Scout also has established a community forum and registry to “chronicle classic Scout vehicles, to connect owners and to share personal photos and stories.”

Scout says the forum and registry will allow community members to “embed their feedback into planning (of new Scout models) at an early stage.

“Companies rarely get the opportunity to engage customers this early in the design process,” it says.

As part of the U.S. brand’s resurrection, Scout has also become active on a number of social media platforms, including Facebook, Instagram and LinkedIn.

The Volkswagen Group’s Traton truck division acquired the rights and trademark to the Scout and International Harvester names through its $3.7 billion purchase of Navistar International in 2020.

Navistar International was founded in 1986 as a successor to International Harvester, and subsequently acquired the rights and trademark to the Scout name.