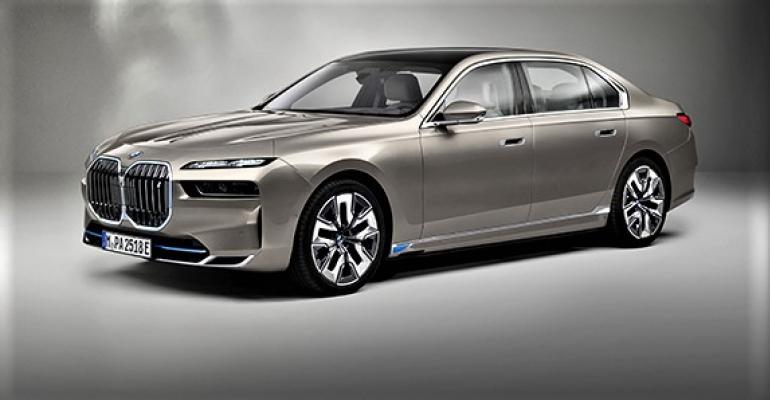 The first three versions of the new BMW 7-Series to arrive in the U.S. market are the battery-electric i7 xDrive60, plus two models with internal-combustion engines: the twin-turbo, 375-hp 740i 6-cyl., and the 760i xDrive with a twin-turbo, 536-hp V-8.

NEW YORK – BMW executives promise they’re not done with internal-combustion engines and hybrids, not by a long shot, even though the battery-powered ’23 i7 xDrive60, headlines as the German automaker’s flagship at a press presentation here for the redesigned 7-Series.

“We remain open to all technologies,” says Oliver Zipse, chairman of the BMW board of management. “We offer the best solution, and that could be electric, or plug-in hybrid, or a highly efficient combustion engine.”

For the redesigned 7-Series, which reaches U.S. showrooms in November, BMW offers all of the above. The new 7-Series is the badge’s seventh product generation since the flagship sedan debuted in 1977.

Range is an estimated 300 miles (483 km). For the first three years of ownership, BMW is offering i7 xDrive60 buyers unlimited charge sessions at Electrify America stations.

BMW of North America started taking deposits on the ’23 BMW i7 xDrive60 on April 20 on its website bmwusa.com. Pre-orders require a $1,500 deposit.

The first three versions of the new BMW 7-Series to arrive in the U.S. market are the i7 xDrive60, plus two models with internal-combustion engines: the twin-turbo, 6-cyl. 740i, which produces 375 hp, and the 760i xDrive with a twin-turbo, 536-hp V-8. Both come standard with mild-hybrid technology. 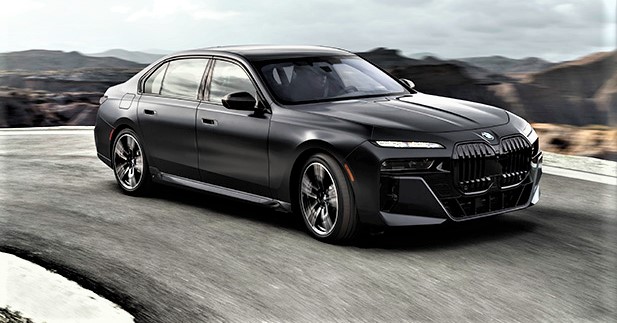 The redesigned 7-Series is, “the only luxury sedan to offer a real variety of engines,” Zipse says. “The customer can choose what suits them best.”

Pieter Nota, BMW board member responsible for customer, brands and sales, says for now the infrastructure in different regions isn’t uniformly up to supporting too many BEVs.

“There are areas where the recharging infrastructure is great, and areas where that may not be the case,” Nota says. For the latter, “we have gasoline solutions,” he says.

BMW showed the new i7 at an off-site event a few blocks from the New York International Auto  Show.