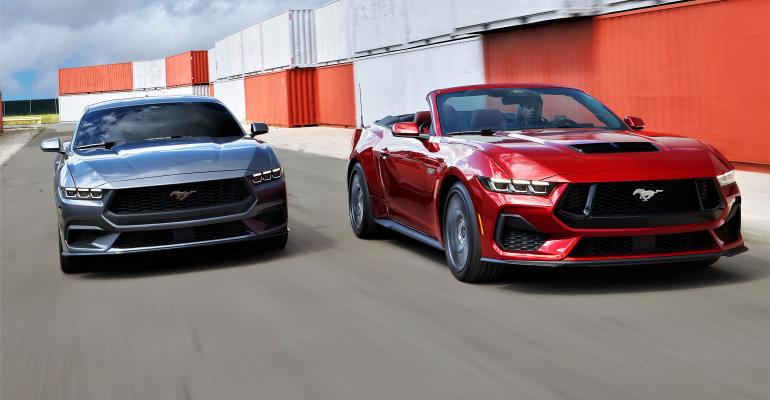 Whether convertible or coupe, V-8 or turbocharged 4-cyl., manual or automatic, the ’24 Mustang will have options at multiple price points and performance levels, Ford says.

Next to the Model T, which put the world on wheels, the Mustang is the most revered vehicle ever built by Ford.

Since its introduction in 1964 at the New York World’s Fair, the Mustang has become an icon of American pop culture depicted in movies, song and literature.

So, Ford executives are making a bold prediction when they promise the seventh-generation Mustang coming soon from the company’s Flat Rock, MI, assembly plant, will be the most exciting Mustang to reach its legions of fans, which now stretch around the world.

The new Mustang made its official debut Wednesday at the 2022 North American International Auto Show in Detroit. 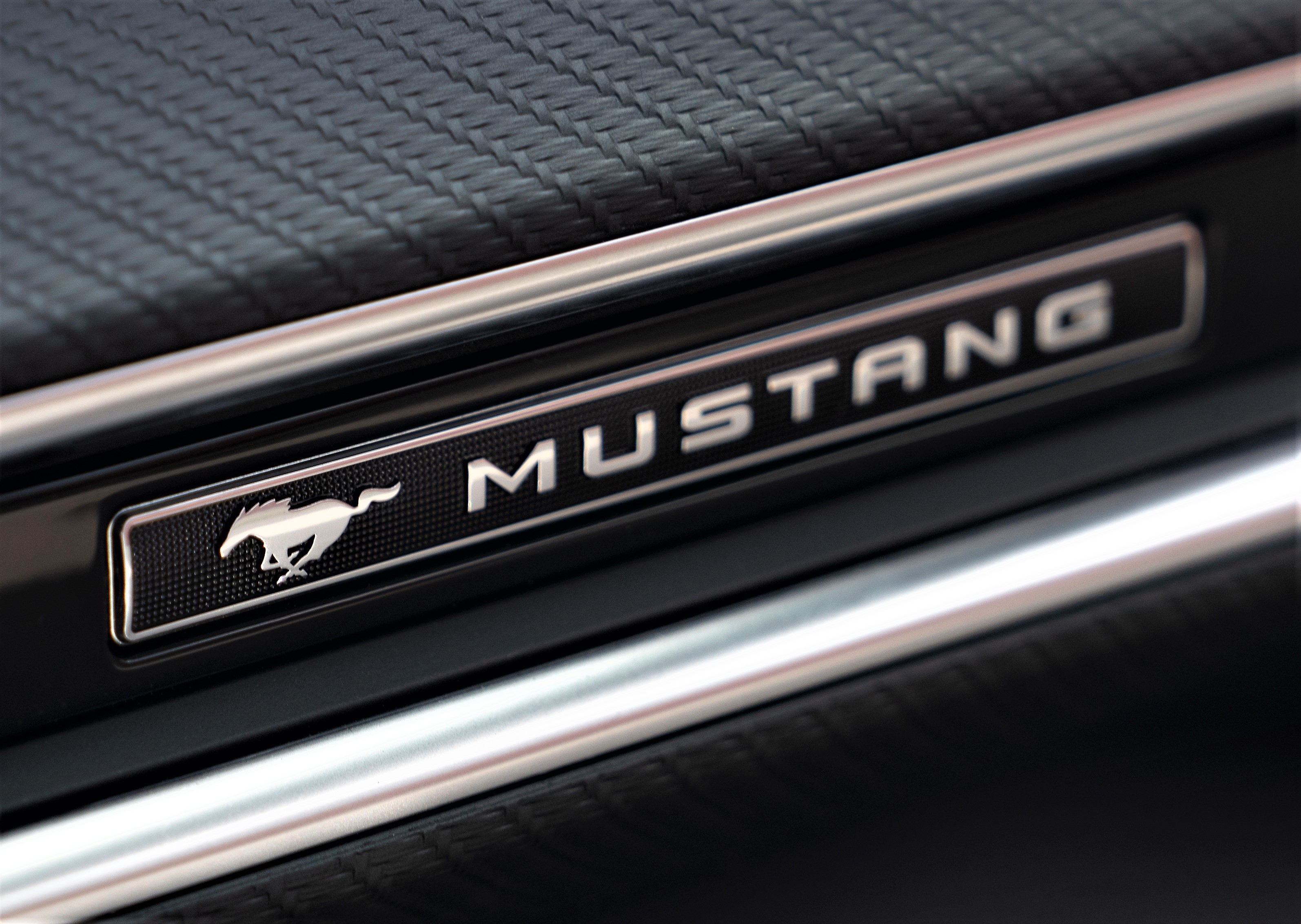 They insist the ’24 Mustang, which will reach showrooms in the summer of 2023, will be the “most exhilarating yet” with a tech-laden digital cockpit inspired by fighter jets, new naturally aspirated engines and exterior styling that is both edgy and classic.

“Investing in another generation of Mustang is a big statement at a time when many of our competitors are exiting the business of internal-combustion vehicles,” Ford CEO Jim Farley says.

Besides “turbocharging” its ICE growth plan and hybrid options, the automaker is investing $50 billion in electric vehicles through 2026, he says.

Whether convertible or coupe, V-8 or turbocharged 4-cyl., manual or automatic, the ’24 Mustang will have options at multiple price points and performance levels, Ford executives note.

The interior (pictured, below) features a technologically advanced, driver-centric cockpit with two flowing and curved displays that can be customized to show information the driver wants or needs to see.

Based on software used in modern video games, the car’s 12.4-in. (31-cm) digital instrument cluster can be customized to display different animated designs and new drive-mode-dependent visuals.

Mustang’s default instrument gauge setting has shifted from traditional cool blue and light gray tones to a copper appearance theme also shared with the battery-electric Mustang Mach-E CUV. From there, everything in the displays – and the ambient interior lighting – can shift to selected tones, while instrument clusters adapt to drive mode selection and personalized settings.

“Removing some of these physical buttons, such as radio and climate control, and integrating them into a digital display was popular in research with millennials, Gen-Z and traditional Mustang drivers alike,” says Ricardo Garcia, Ford interior design manager.

A race-inspired, flat-bottomed steering wheel provides more space when getting seated, he adds, while outside the vehicle, animated welcome lighting greets drivers as they approach.

A low, horizontal brow emphasizes overall frontal width, while the upper grille shape is influenced by the original 1960s design. Tri-Bar LED headlamps continue the Mustang’s classic lighting signature. Its sleek roofline and shortened rear overhang are true to the proportions of the first generation.

“Both the EcoBoost and Mustang GT have unique styling cues that deliver on their promise of Mustang performance,” says Christopher Walter, Ford Mustang design manager. “The new Mustang is more chiseled and edgier, leaning into Mustang’s classic brawniness and timelessness.” 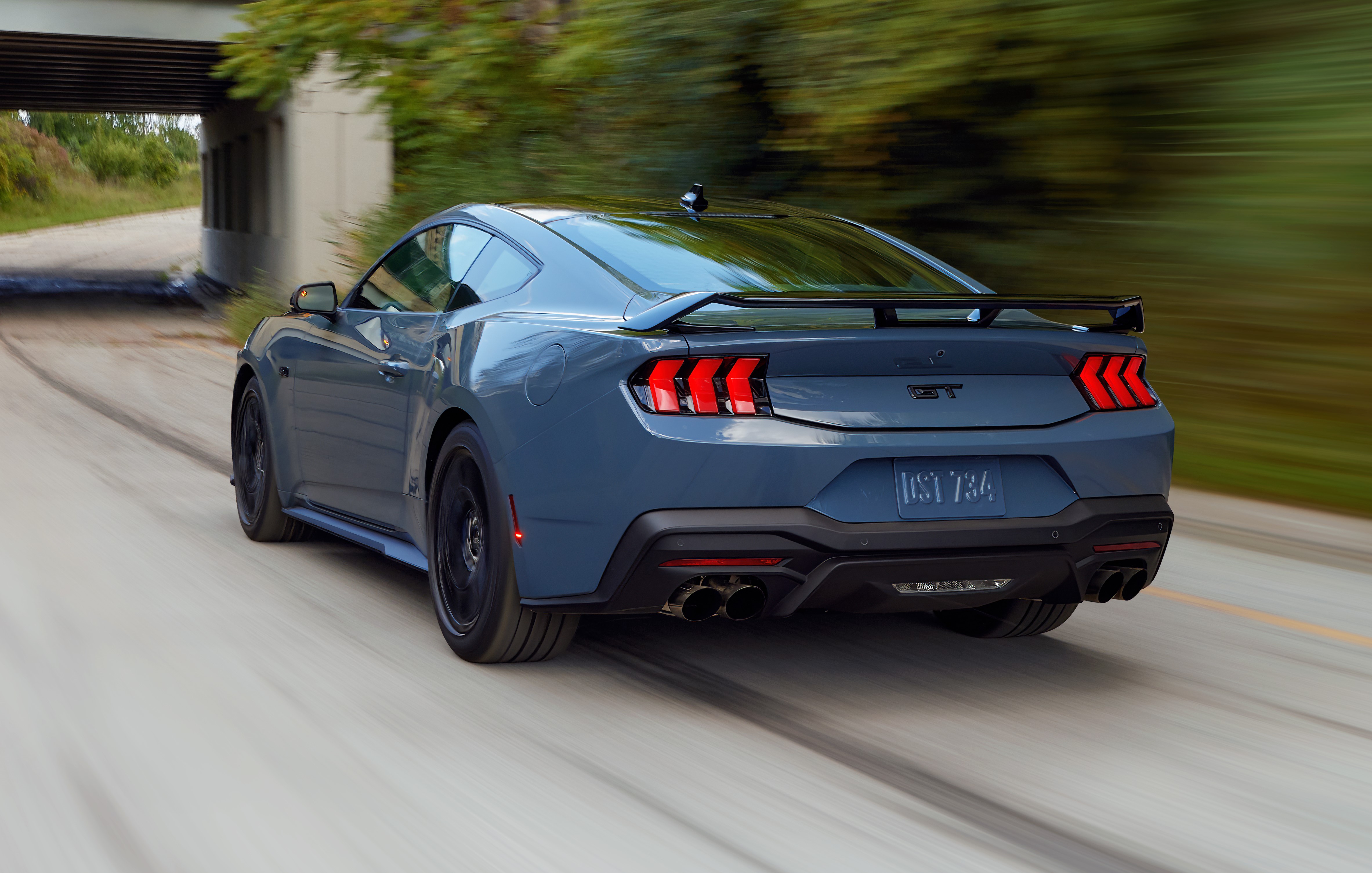