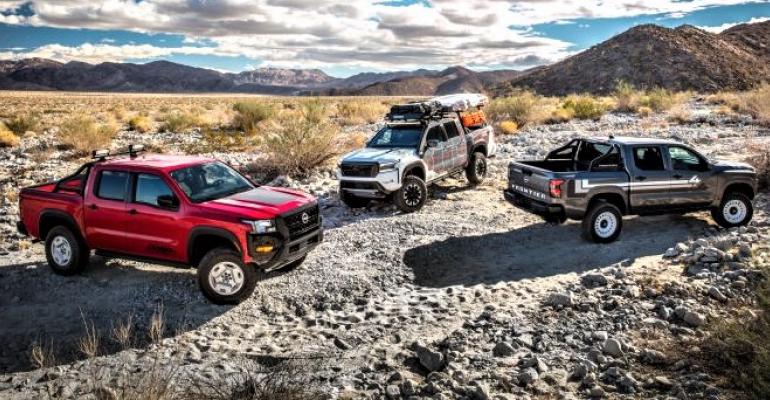 “(A truck) is like a canvas,” says Nissan lead project designer Hiren Patel. “When you buy it, you make it your own.”

CHICAGO – Last fall, Nissan finally debuted its all-new ʼ22 Frontier midsize pickup truck. The previous model had been on the market for a strikingly long 17 years.

But designers wasted no time in creating three modified concept pickups based on the new Frontier’s Crew Cab version.

Called Project 72X, Project Hardbody and Project Adventure, the trio debuted at the Chicago Auto Show. They’ll go on something of a road tour afterward, with stops at auto shows around the country.

Nissan Design America in San Diego created them, but “our marketing guys were the ones who asked for the personalizations,” Wade Willatt, Nissan’s senior project planner for trucks, tells Wards on the floor of the auto show.

The idea is not only to show what different things Nissan designers can do (largely using available aftermarket parts and accessories) but also what customers can do (or at least have done) in customizing their Frontiers.

“There isn’t one right way to do a truck,” project lead designer Hiren Patel says at a media event debuting the concept trucks at Radius Chicago, which ordinarily is a live-music venue.

“(A truck) is like a canvas,” he adds. “When you buy it, you make it your own. These three represent ‘maybes.’”

All three concepts, as well as the production Frontier itself, are designed in many ways to appeal to outdoor enthusiasts.

“People want to get out of the house, have adventures and do it in style, so timing of the adventure-ready 2022 Frontier couldn’t have been better,” says Michael Colleran, Nissan’s senior vice president- U.S. marketing and sales. “These three new projects show the possibilities.”

Project 72X is a modern take on one of Nissan’s most popular trucks, the Datsun 720, introduced in 1979. Four years later it became the first vehicle Nissan assembled in the U.S. in Smyrna, TN. (One of the first built is on display in the factory’s lobby.)

For the modern interpretation, the design team used gray exterior tones and graphics to create what Nissan calls a “modern, cool attitude,” a look reinforced by the white-painted steel wheels.

Other modifications include a 2.5-in. (64-mm) lift kit with adjustable front upper suspension arms and a sport bar behind the cab. 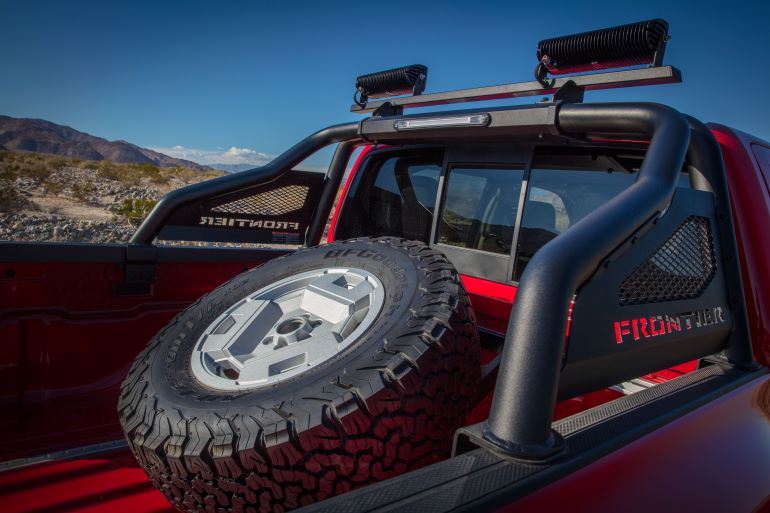 Project Hardbody (pictured, above) pays homage to what the automaker calls “one of the most iconic Nissan trucks ever,” the Nissan D21 “Hardbody.” It was Nissan Design America’s first truck.

The Hardbody name came from its double-wall bed and aggressive stance.

A standout feature of the Project Adventure concept truck is a custom body wrap depicting an atlas of the U.S. (It may or may not help if you get lost.) 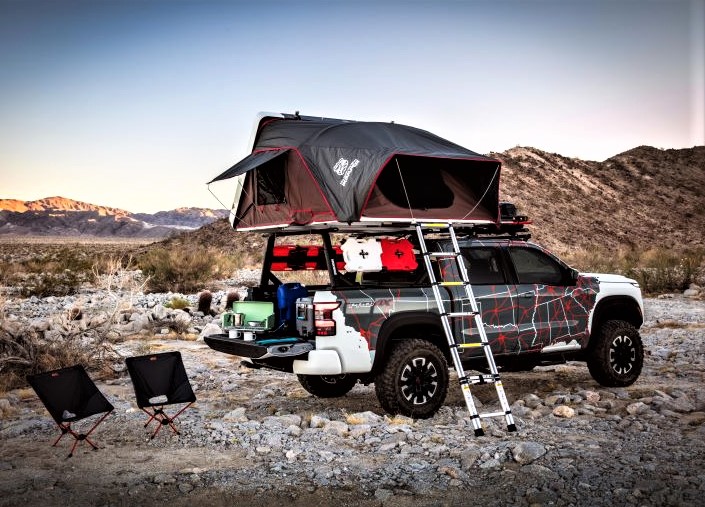 Over four decades, Nissan has sold more than 4 million Frontiers in the U.S. “With the arrival of the all-new Frontier, the next chapter is now being written,” Colleran says.

The nearly 20-year span between the new and outgoing Frontier models is nearly an eon for the U.S. auto industry where 5-year product cycles are common.

Willatt acknowledges it took a while. “But the previous generation still did well.”

He adds, “Moving forward, we’re targeting younger buyers, with features that attract them.”