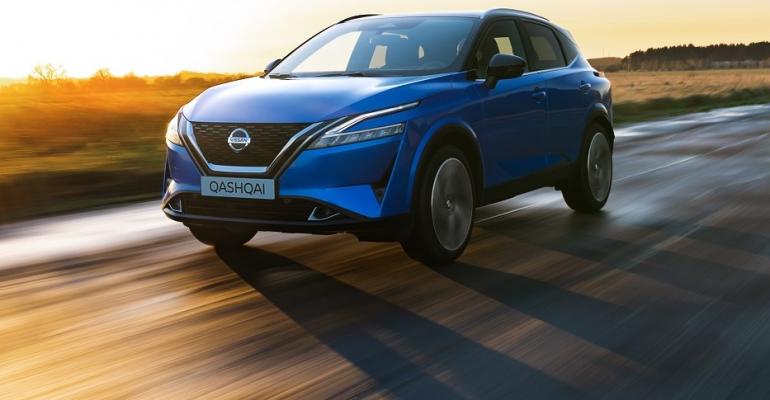 Known in the U.S. as the Rogue Sport, the Nissan Qashqai goes on sale in Europe this summer with two powertrains, including the Nissan e-Power hybrid system.

Nissan finally reveals the production-ready version of its third-generation Qashqai, or Rogue Sport, compact crossover due on sale in Europe this summer.

It sees the return of a gasoline engine used exclusively as an energy generator to power the car’s electric motor to drive the wheels, just like the now defunct General Motors system used on the old Chevrolet Volt and the Vauxhall/Opel Ampera extended-range electric vehicle in Europe.

This system has proved very popular with Nissan customers in Japan, and the automaker has high hopes for it now in Europe.

The new car’s design has been influenced by the extra interior space afforded by a longer wheelbase than the out-going model, and luggage capacity has swelled to 504 L (18 sq.-ft.) with the rear seats upright.

It comes with two powertrains at launch headed up by the Nissan e-Power hybrid system.

This features a 154-hp 1.5L gasoline generator feeding electricity to a 140-kW electric motor of similar size and power output as found in Nissan’s electric vehicles.

The range-extender does not power the wheels and will keep the electric motor operating when the on-board battery is depleted, helping offset BEV range anxiety.

There are three driving modes: Standard, Sport and Eco. In Standard, Nissan says the car produces EV-like acceleration, and brake regeneration is tuned to simulate the engine-braking of a conventional gasoline vehicle.

In Sport mode, the car boosts acceleration response with reduced engine-off time. In Eco, the car goes into fuel-saving mode by employing battery management and allowing the driver to select a coasting model for economical highway driving.

In all modes an additional B mode can be selected to increase energy recuperation at lift-off, slowing the car without tapping the brake pedal. 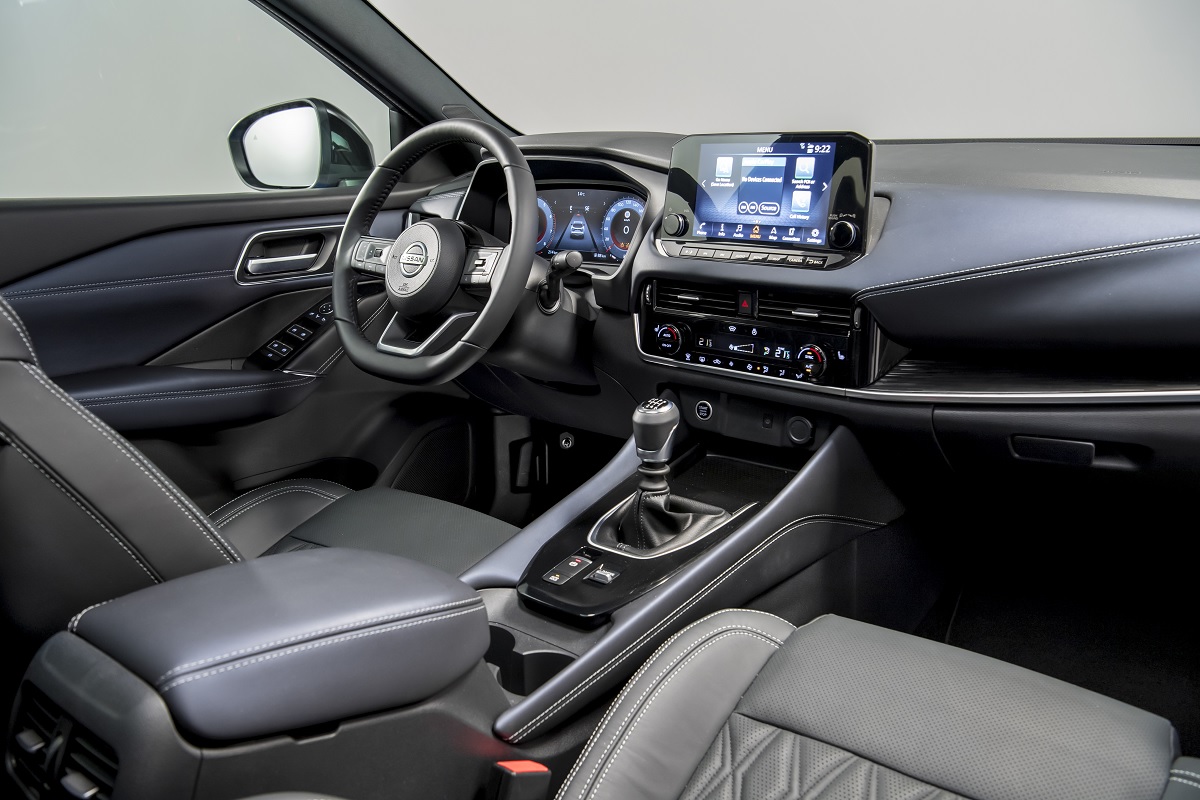 Similar to the Leaf, the new Qashqai e-Power uses ‘one pedal’ driving called e-Pedal mode. Drivers can start, accelerate and decelerate using only the accelerator pedal, claimed to support up to 90% of driving situations.

The second powertrain is a 12V mild-hybrid option featuring a 1.3L gasoline engine offered with 137 hp or 154 hp, with either a 6-speed manual transmission or new Xtronic CVT gearbox available only in the higher output.

Deceleration energy is recaptured to charge an on-board lithium-ion battery. When coasting at low speed to a stop, the engine will switch off and the stored energy is used to power the vehicle’s electrical equipment. This allows engine-stop to be extended, reducing fuel consumption.

When accelerating in most situations, the energy in the battery allows the motor to assist with an additional 4.4 lb.-ft. (6 Nm) of torque for up to 20 seconds to help reduce engine effort and improve fuel economy.

Vehicle prices have yet to be published.