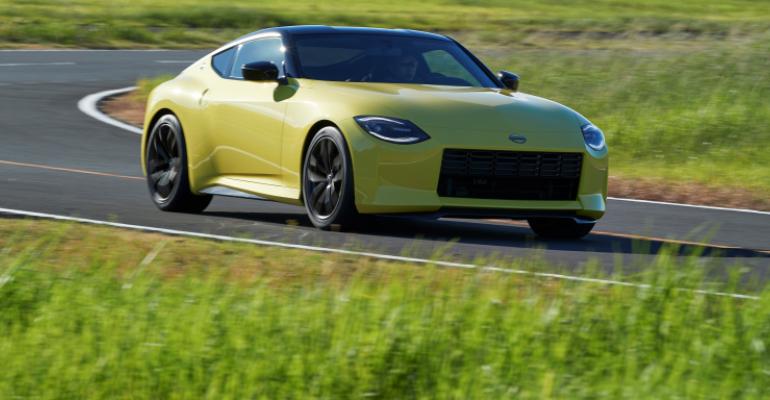 Nissan says the Z Proto will remain true to the design and style elements that have defined the sports car line for over 50 years.

After years of speculation and rumors, Nissan confirms a new version of its legendary Z sports car is on its way.

The new car, named Z Proto, debuted in a global reveal beamed around the world from Nissan Pavilion in Yokohama, Japan. At Nissan's U.S. headquarters in Franklin, TN, hundreds of Z owners and enthusiasts watched the reveal on big screens from their vehicles in a socially distanced event.

The Z Proto’s announcement marks the first major update or redesign that Nissan’s Z line has seen in over a decade, as the 370Z started hitting dealers’ lots in 2009. Even so, Nissan says the Proto will remain true to the design and style elements that have defined the sports car line for over 50 years.

“Our designers made countless studies and sketches as we researched each generation and what made them a success,” says Nissan’s head of design, Alfonso Albaisa. “Ultimately, we decided the Z Proto should travel between the decades, including the future.” 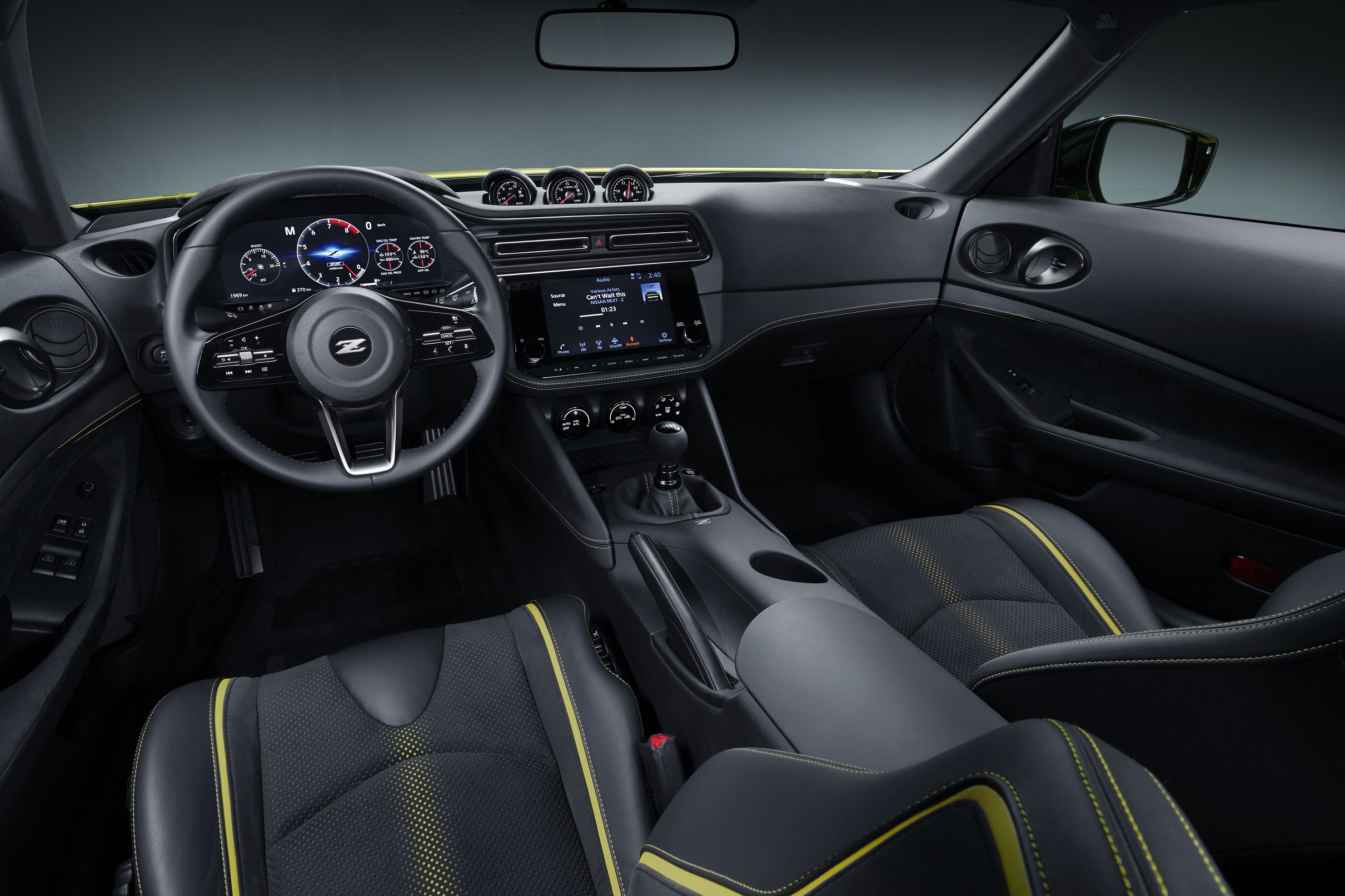 The new car features canted, teardrop-shaped LED headlights and a shaped hood that harken back to the original Z. Albaisa says the headlights have two half-circles that were inspired by the look of the Japanese market-only 240ZG from the 1970s and notes the Z Proto’s retro inspirations are best seen from the side, where the lines flow from the nose to a squared-off rear end to create a shape very similar to the original Z.

That said, the car’s performance and engineering will be firmly rooted in the present. Several body trim pieces have been molded from carbon fiber, such as the side skirts, lower front lip and rear valance (pictured below). Inside, a 12.3-in. (31-cm) digital gauge cluster will greet the driver and a deep-dish steering wheel (pictured above) will contain several controls to help the driver interact with the vehicle while keeping their eyes on the road.

Power will come from a twin-turbocharged V-6 and will reach the rear wheels through a six-speed manual gearbox. Nissan says an automatic option is in development. The automaker hasn’t provided details on the engine’s power output, but it’s expected to outperform the current Z car’s 332 hp that comes from a naturally aspirated 3.7L V-6. 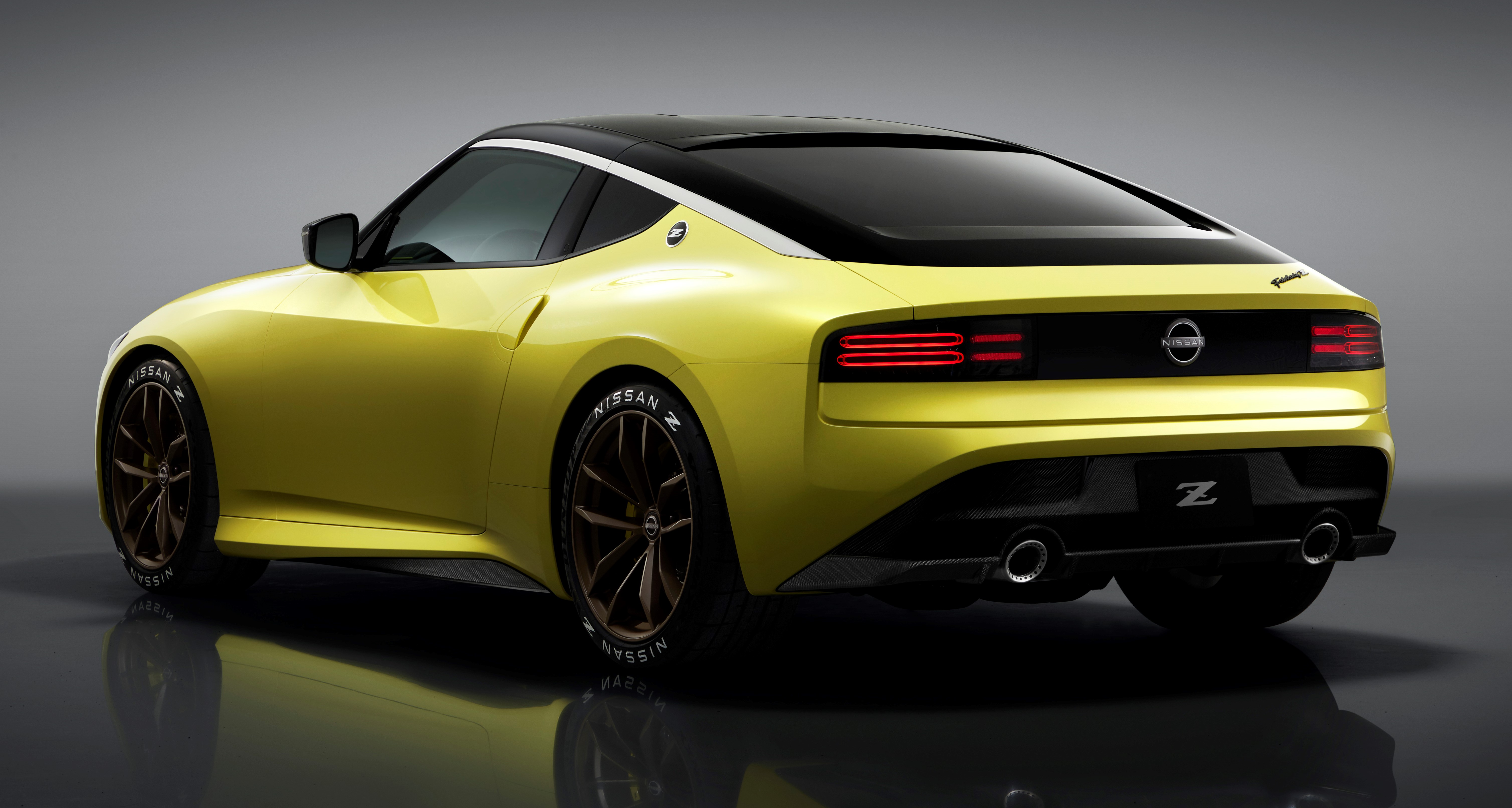