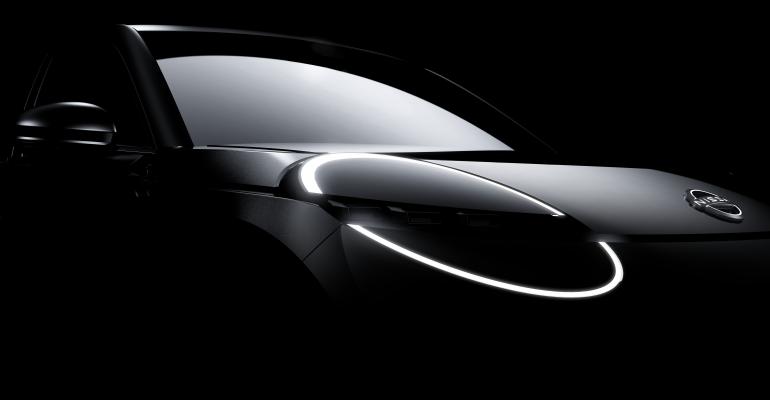 The new compact hatchback will be twinned with the revived Renault 5.

Nissan confirms it will replace the gasoline-powered B-segment Micra with a new battery-electric compact hatchback model for European markets.

The new Nissan, set to reach showrooms in 2024, is to share its CMF-BEV platform and key elements of its electric driveline with the upcoming Renault 5 as well as a replacement for the French automaker’s Zoe supermini.

The battery-electric successor to the Micra is part of a €23 billion ($25.9 billion) investment in electrification over the next five years announced by the Renault-Nissan-Mitsubishi Alliance.

“This all-new model will be designed by Nissan and engineered and manufactured by Renault using our new common platform,” says Ashwani Gupta, Nissan chief operating officer.

Nissan provides an early glimpse of the ’24 Micra replacement in an image issued to the media. It shows the round headlamp graphic and clamshell-style hood to be featured on the new model, which will compete against an electric version of the Opel Corsa, Peugeot e-208 and an electric-powered version of the next-generation Ford Fiesta planned for introduction by mid-decade.

The CMF-BEV platform is to form the basis for over 250,000 vehicles annually from Nissan, Renault and Alpine. It is claimed to reduce production costs 33% and power consumption 10% compared to the combustion-engine-adapted platform used by the existing Renault Zoe. It is also claimed to support a battery offering a range of over 250 miles (403 km).

One version of the platform is already used by the Nissan Ariya BEV and Renault Megane E-Tech Electric. The variant earmarked for the Nissan Micra replacement and Renault 5 uses a shorter wheelbase for more compact dimensions, Nissan sources tell Wards.

Slow sales of the existing fifth-generation Micra across the 27-nation European Union, as well as the high costs involved in developing and engineering compact vehicles for upcoming EU7 emission regulations, are said to be behind Nissan’s decision to replace the Micra with an all-new electric-powered model.

Overall, the Renault-Nissan-Mitsubishi Alliance plans to launch five different electric-vehicle platforms and over 35 new models by 2030.