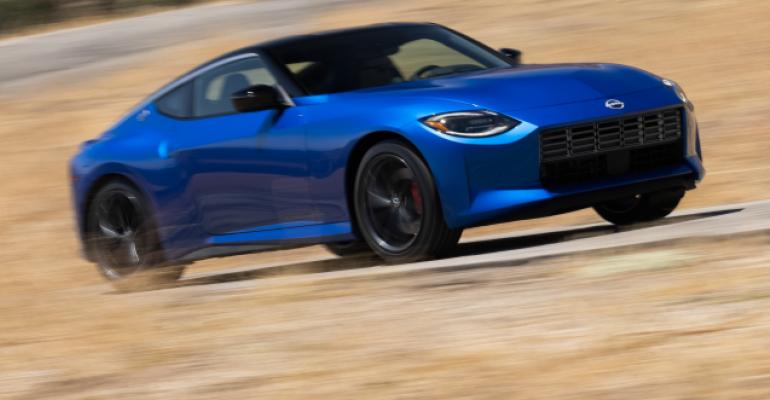 If the new Z is anywhere nearly as good as it looks on paper, Nissan has a hit on its hands.

Nissan Z car’s star has faded in recent years, as dated design and subpar technology have kept it behind newer and more exciting models from the competition.

However, that’s all about to change, and if the new Z is anywhere nearly as good as it looks on paper, Nissan has a hit on its hands. After months of rumors and speculation, the automaker just dropped all the details, and they look great.

The new Z will arrive in 2023 and will not carry a number along with its single-letter model name for the first time in its history.

Nissan will offer three models, though one will be a super-limited run of 240 units – a nod to the original 240Z. The Z Sport and Z Performance models will form the backbone of the lineup, while the limited Z Proto Spec will get exclusive wheels and design touches.

Power will reach the rear wheels through either a 6-speed manual or a 9-speed automatic transmission. Models equipped with a manual gearbox get an EXEDY high-performance clutch and a carbon-fiber-composite driveshaft, while 9-speed cars will get aluminum paddle shifters or optional GT-R design paddle shifters. Both models feature an advanced launch control system.

The Z’s cabin (pictured below) will feature two seats and a host of new technology. Nissan says the seats have been designed using knowledge gained from the GT-R’s development, with an eye on both hold and fit.

Microsuede on the seatbacks helps grip the driver and passenger, and the top Z Performance trim gets leather and power seat adjustments. Three interior colors are offered, but the special Z Proto Spec model gets yellow accents throughout. 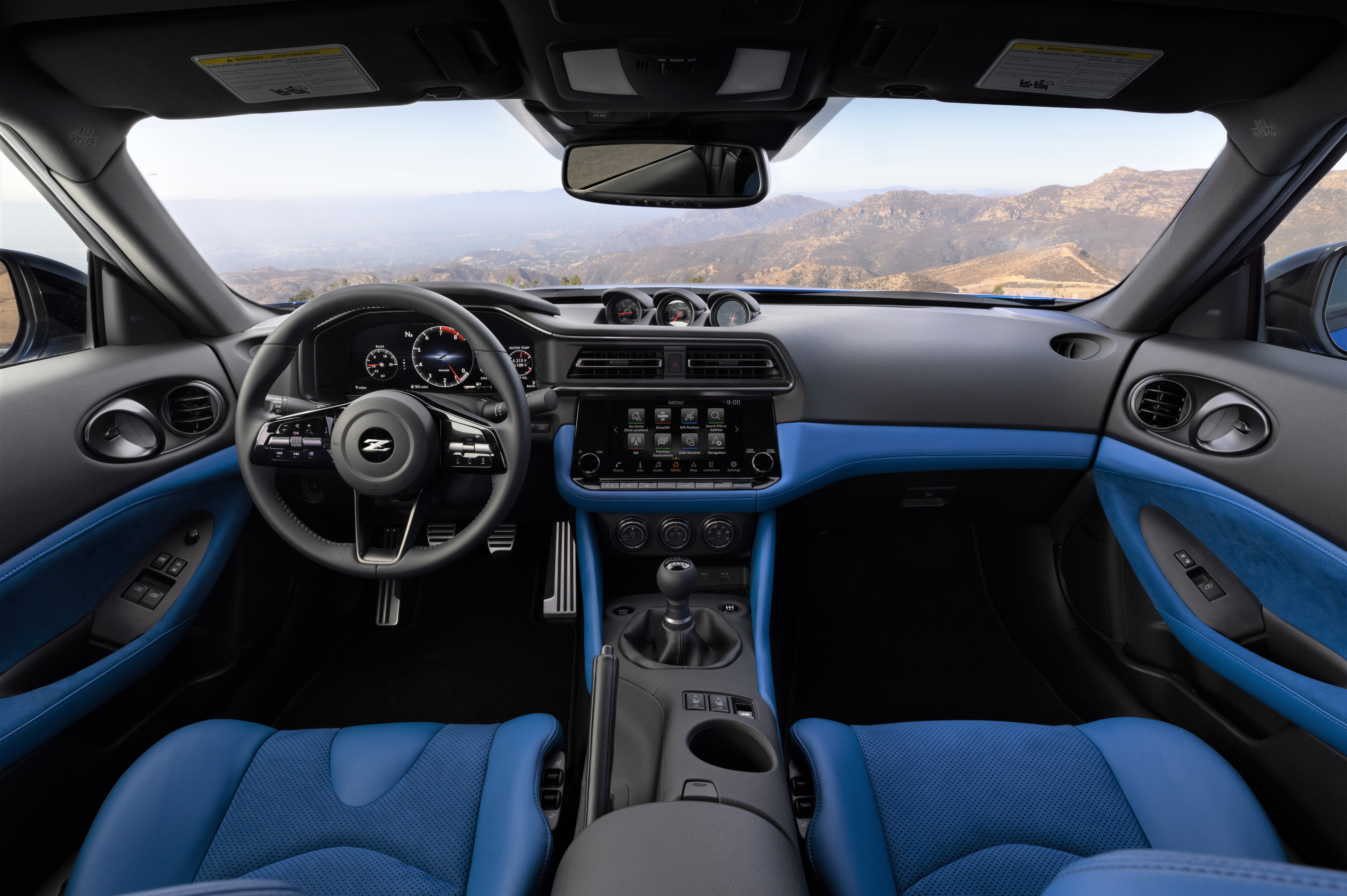 The car will get a 12.3-in. (31-cm) TFT gauge cluster that changes configuration based on the selected drive mode: Normal, Enhanced or Sport. An 8.0-in. (20-cm) touchscreen is standard, along with six speakers, Apple CarPlay and Android Auto, Bluetooth, hands-free phone connectivity, SiriusXM radio and Siri Eyes Free tech.

The Z Performance gets a larger 9.0-in. (23-cm) touchscreen, navigation, NissanConnect Services, a Wi-Fi hotspot, an 8-speaker Bose stereo and active noise cancellation.