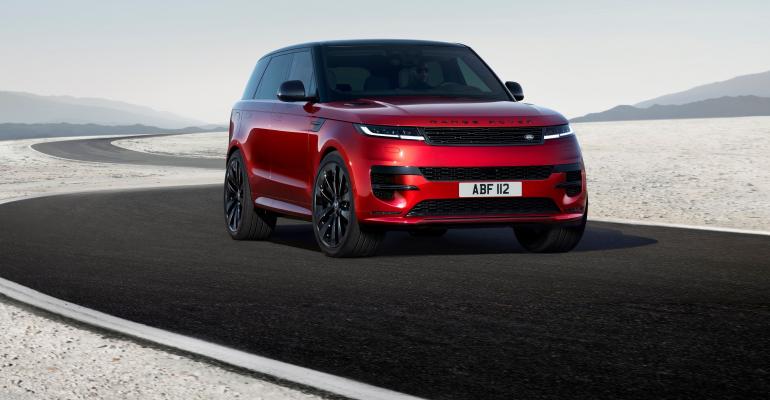 “This launch is especially important to us and our U.S. customers, as it’s the most popular vehicle in the Land Rover lineup sold in North America,” Eberhardt says during a press preview here.

“To date, we have sold over 300,000 Range Rover Sports in the U.S. alone,” or about one-third of global Range Rover Sport sales, Eberhardt says. The metro areas of New York City, Los Angeles and Miami are the biggest-selling U.S. markets, he says.

According to Wards Intelligence data, Range Rover Sport accounted for 4,003 units, or about 26% of the brand’s total U.S. sales, through the first quarter. That’s down 38% vs. the same quarter a year ago, likely because of supply chain issues. U.S. sales for the entire brand were down 35% through Q1 vs. a year ago. 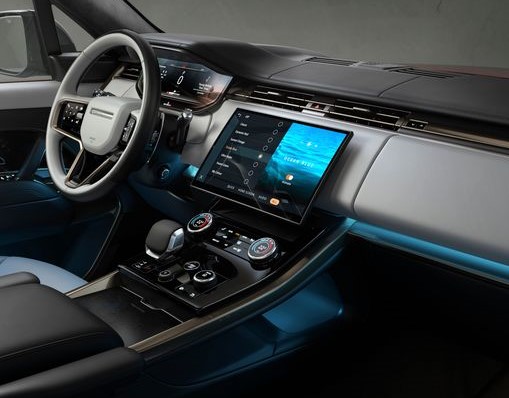 Wheel options for the previous-generation Range Rover Sport topped out at 22 ins., he says. First Edition is a “halo” model Land Rover intends to offer in limited quantities for the first 12 months of production, Miller says.

The interior includes a 13.1-in. (33-cm) curved-display touchscreen (pictured, below) on the center stack between the driver and front passenger. Land Rover says 90% of tasks can be executed with just two taps on the touchscreen. Voice controls and dedicated buttons supplement the touchscreen commands. 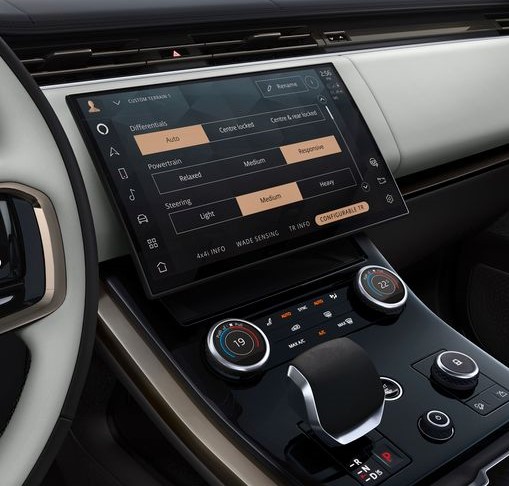 One thing the new Range Rover Sport doesn’t have is a third-row seating option. The old one did, but it was best for small kids and wasn’t a big seller, the company says. In particular, headroom was an issue in the old third row, as the Range Rover Sport roofline tapers toward the rear.

“We have plenty of 7-seaters, including the Discovery, and now for the first time, the redesigned Range Rover,” Eberhardt says in an interview on the sideline of the press introduction. The previous-generation Range Rover didn’t have a third row, but the redesigned one does.

Rear-seat legroom is good in the new Range Rover Sport. Rear-seat headroom is also good, and extra headroom can be gained by slightly reclining the redesigned rear seats.

“There’s really no need for another car with that capability,” Eberhardt says, referring to the absent third row in the new Range Rover Sport. “Especially when you see it was cramped before.” 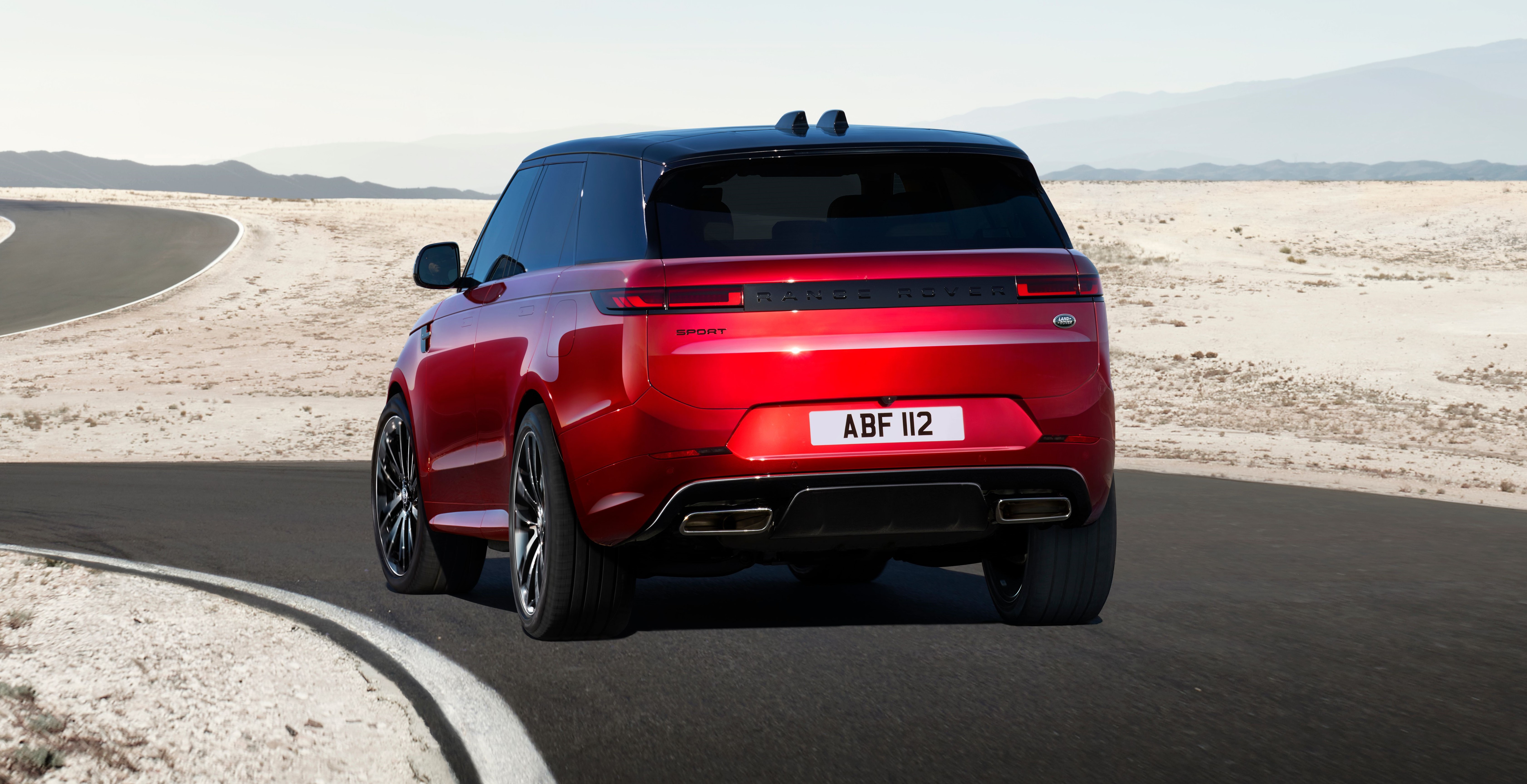