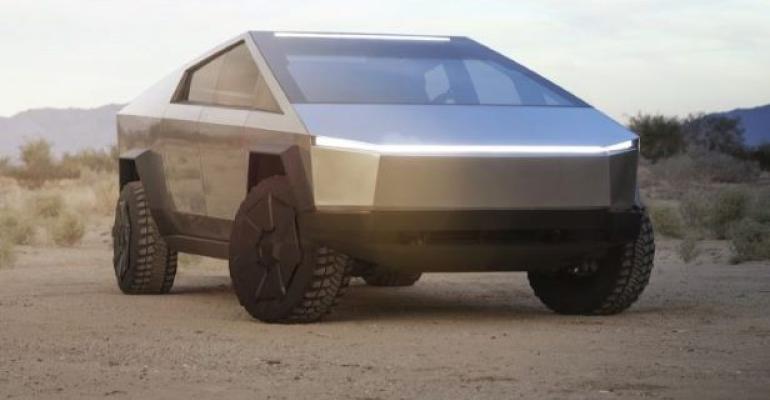 Tesla CEO Elon Musk says the Cybertruck, with its angular, squared-off design, will be built at the Tesla Gigafactory in Austin, TX, as originally announced back in 2019.

The timetable has been pushed and pulled, but Tesla CEO Elon Musk says the long-awaited Cybertruck will be ready for sale by the middle of 2023.

During Tesla’s annual shareholders meeting at the company’s new Gigafactory in Austin, TX, Musk says, “A lot has changed since 2019,” when he first unveiled, amid a frenzy of publicity, a prototype of the battery-electric Cybertruck in Los Angeles and then began collecting $99 reservations.

“The specifications and price will be different,” Musk now says, noting no one was predicting the bout of inflation that has gripped the global economy in the wake of the COVID-19 pandemic.

Musk, however, emphasizes the Cybertruck, with its angular, squared-off design, will be built at the Tesla Gigafactory in Austin (inset, lower left) as originally announced back in 2019. “It’s one helluva product,” he says. “It will be a great product. 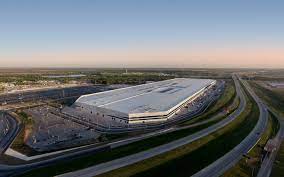 “The truck is going to be produced from this factory in the middle of next year,” says Musk. “You will see us installing production machinery in the next few months.”

The original announcement about the Cybertruck by Musk and the public’s reaction to it had a huge and immediate impact on Detroit’s automakers, who have depended on pickups for their profits for more than 30 years.

It pushed General Motors and Ford to expedite the development of their own battery-electric pickups despite reservations within those companies. The Ford F-150 Lightning is now on sale with a price tag of just under $40,000, though Ford says the price is going up because of the rising cost of materials used in EV batteries.

In addition, Ford is expanding capacity at the Lightning plant in Dearborn, MI, even as it ships finished vehicles to customers. “Take that, Elon Musk,” Ford CEO James Farley said of the Lightning during an announcement of a major investment in solar energy by Ford. (Musk responded via Twitter, “Thanks, but I already have one.”)

GM says the battery-electric version of the Chevrolet Silverado will reach the market at the beginning of 2023, and the Ram EV pickup under development by Stellantis will be ready by 2024, putting additional competitive pressure on Tesla, which seemed to own the idea of an EV pickup when the Cybertruck first appeared nearly three years ago.

Musk, however, notes Tesla has grown steadily since 2012 when it produced fewer than 3,000 vehicles. Tesla expects to build 1.5 million vehicles this year and exit 2022 with a “run rate” of 2 million vehicles annually as it continues to ramp up production at the company’s new factories in Austin and Berlin. Musk says Tesla could announce the site of the next Gigafactory later this year. 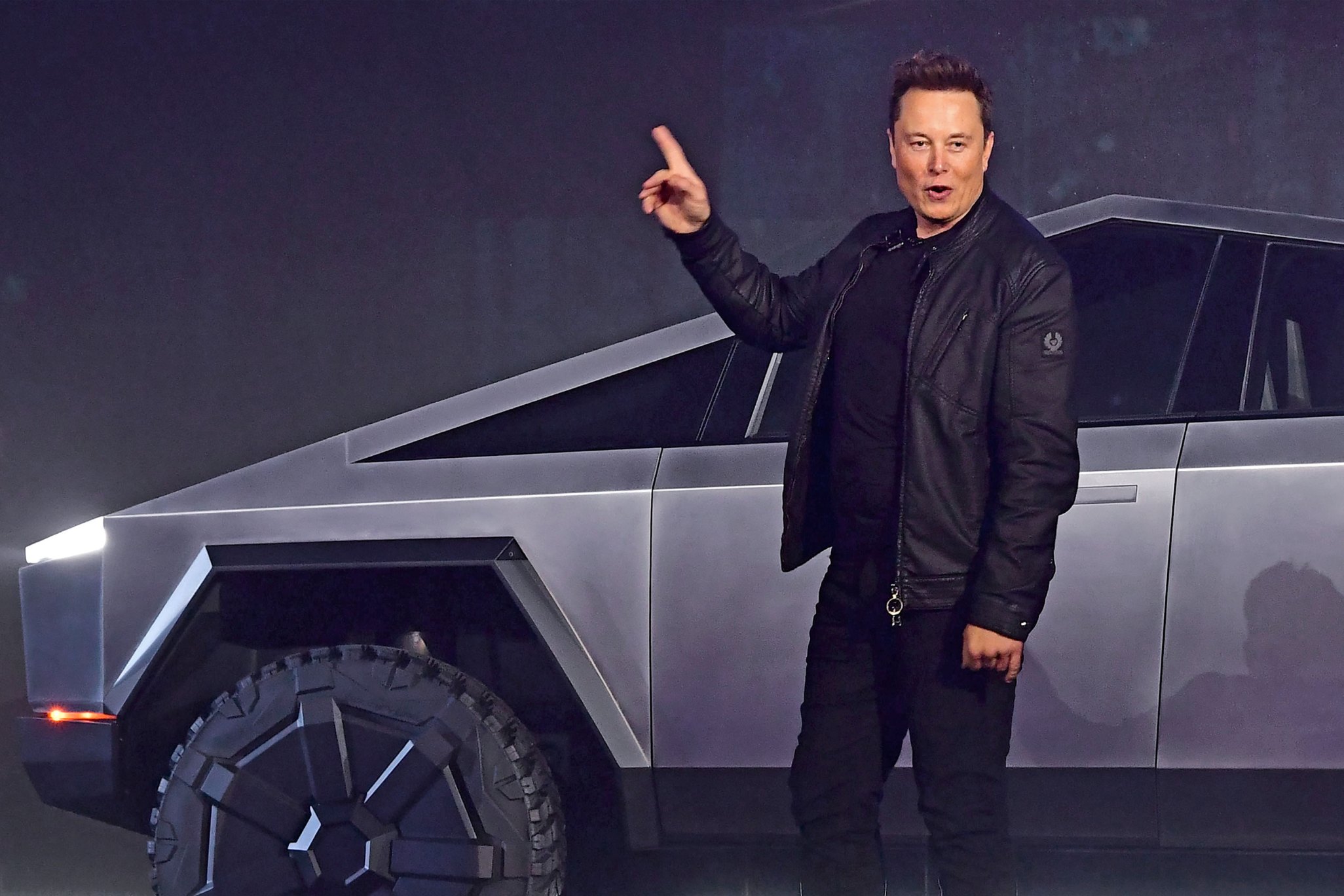 Musk at Tesla Cybertruck unveiling in 2019.

On a chart, Tesla’s growth over the past 10 years looks as if it was pulled from a presentation of the company’s projected expansion meant to get the attention of investors or venture capitalists.

“We’ve also got the highest profit margins in the industry,” Musk says, adding Tesla has enough cash on hand to finance innovation and construction of new factories.

In response to a question during the annual meeting, Musk says he and Tesla’s board have not ruled out a stock buyback.

Tesla has more than enough material to support the production of the battery cells required to produce1.5 million battery-powered vehicles although, Musk says, “The supplies are getting tighter.”

Musk says he is nevertheless optimistic about the opportunity for Tesla to grow. “I think Tesla will be the most valuable company in the world. I think it has a very bright future,” he says.

According to companiesmarketcap.com, Tesla is the world’s sixth most-valuable company with a market capitalization of $903.8 billion. No.1 Apple’s market cap is $2.71 trillion.