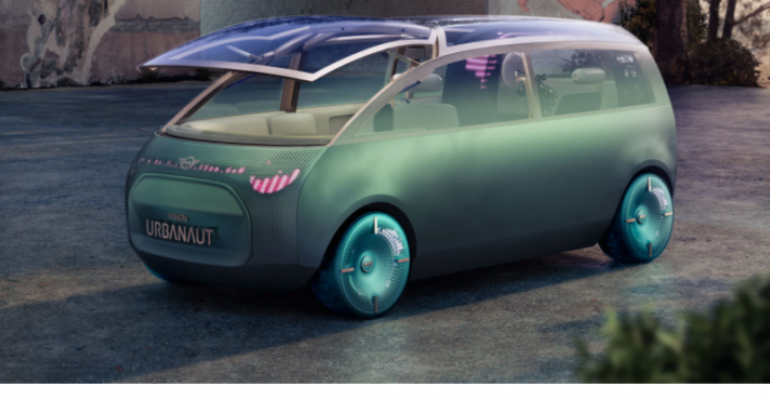 OXFORD, U.K. – Mini is plotting the most radical addition to its growing lineup yet in the form of a spacious MPV model previewed here for the first time in a series of official digitally generated renderings.

Called the Vision Urbanaut, the proposed new Mini is the result of an in-house design project focused on developing solutions for the future of urban mobility in combination with new design and packaging ideas, as well as the latest in electric-drive and autonomous-driving technology.

Although not yet committed to production, the new concept draws on the “clever use of space” mantra used by Mini since the launch of its original hatchback in 1959, forgoing the classic two-box silhouette sported by all the U.K. automaker’s current models for a tall one-box design featuring a comparatively long wheelbase and short overhangs.

The exterior shape, developed under Mini design boss Oliver Heilmer, is conceptually similar albeit a good deal smaller than the well-received Volkswagen Buzz – the modern-day Microbus first revealed in 2017.

It is not the first MPV model considered by Mini, though. That honor rests with the Spiritual Too concept revealed by Mini in 1997.

Mini officials say a production version of the Vision Urbanaut is being considered both as a 5-seat passenger car and more utilitarian commercial vehicle – the latter of which could provide parent company BMW with a rival to the likes of the upcoming electric-powered VW Cargo, a commercial-vehicle derivative of the Buzz.

BMW lacks the CV operations and potential volume-building profit stream of rivals VW and Mercedes-Benz. Having Mini fulfill such a role, if on a much smaller scale than the competition, has long been under discussion at the German automaker, though never successfully resolved.

The new model, one of a range of electric-powered offerings under development at Mini, is also seen as an important factor in raising sales in Asian markets.

Although it exists in digital form only, the Vision Urbanaut is envisaged to stretch to 176 ins. (4,460 mm) in length – a considerable 10 ins. (261 mm) more than the second-generation Countryman but 19 ins. (480 mm) shorter than the short-wheelbase Buzz, which is planned to go into production in 2022.

A new interpretation of Mini’s traditional grille, octagonal in shape rather hexagonal, and a round headlamp graphic behind a milled aluminium cover feature prominently up front. The vertical sides receive a largely unadorned look with smooth surfacing devoid of any major feature lines.

At the rear, the window recalls the octagonal shape of the grille, while the wheels are inspired by those of a skateboard, lighting up in one of three different Mini mood themes – Chill, Wanderlust or Vibe – when they rotate, and the tires’ tread pattern resembles the Union Jack.

Occupants enter the cabin through a large single side door that uses a patented slide-and-swivel mechanism to enable parking in tight spaces. In a design twist that recalls the BMW Isetta bubble car produced between 1955 and 1962, it also receives a large windshield that can open when the Vision Urbanaut is stationary. 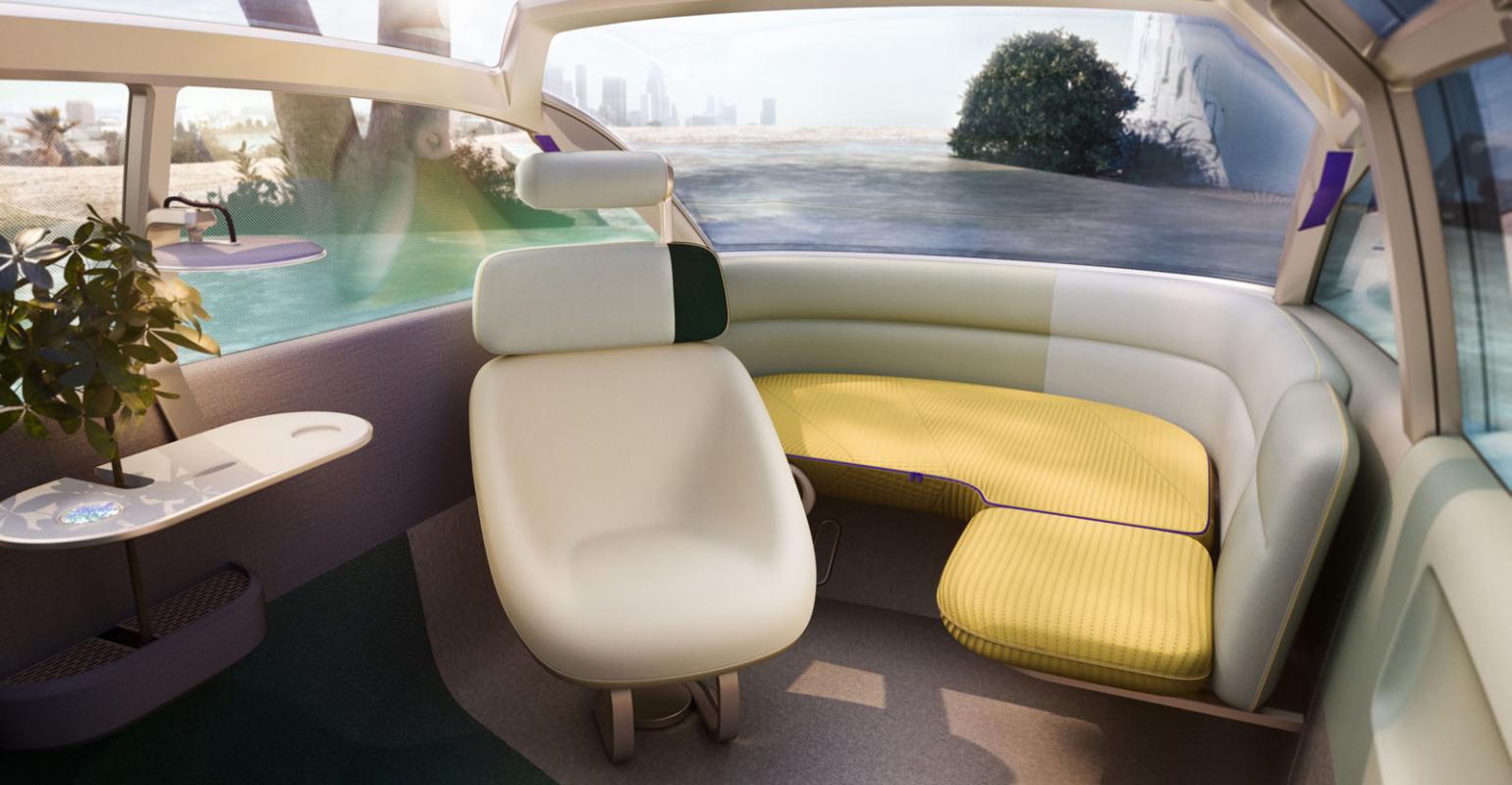 The tall glasshouse and glazed roof of the Vision Urbanaut are designed to flood its interior with natural light.

The lounge-like atmosphere inside is made possible by a steering wheel that can stow away when not in use and front seats that swivel around to face the rear. The rear seats also fold away to form a sofa. A large digital panel is integrated into the interior trim and roof.

Mini already has built interior packaging models of the Vision Urbanaut featuring a more conventional layout with seats that fold flat to provide a bed.

The adoption of an MPV body style was made possible by a decision to base the Vision Urbanaut on a new, skateboard-style electric-car platform, affording its designers a greater level of proportional freedom than the BMW-developed-and-engineered FAAR structure used today.

“In 1959, the first Mini ushered in a revolution in vehicle construction with its transversely mounted engine,” says Heilmer. “With the Mini Vision Urbanaut we have been able to rethink and increase the usable surface area inside the car even further in relation to its footprint.”

BMW has not identified the platform on which the Vision Urbanaut will be based, though suggestions are the possible production version could use the yet-to-be-unveiled structure being developed in a joint venture between the German automaker and Chinese car maker Great Wall Motors.

The same EV platform is set to underpin a new Mini crossover model announced last month and planned to be produced in China in a BMW/Great Wall Motors operation called Spotlight Automotive for export to key world markets. The same operation also is to produce the next-generation Mini Cooper SE. 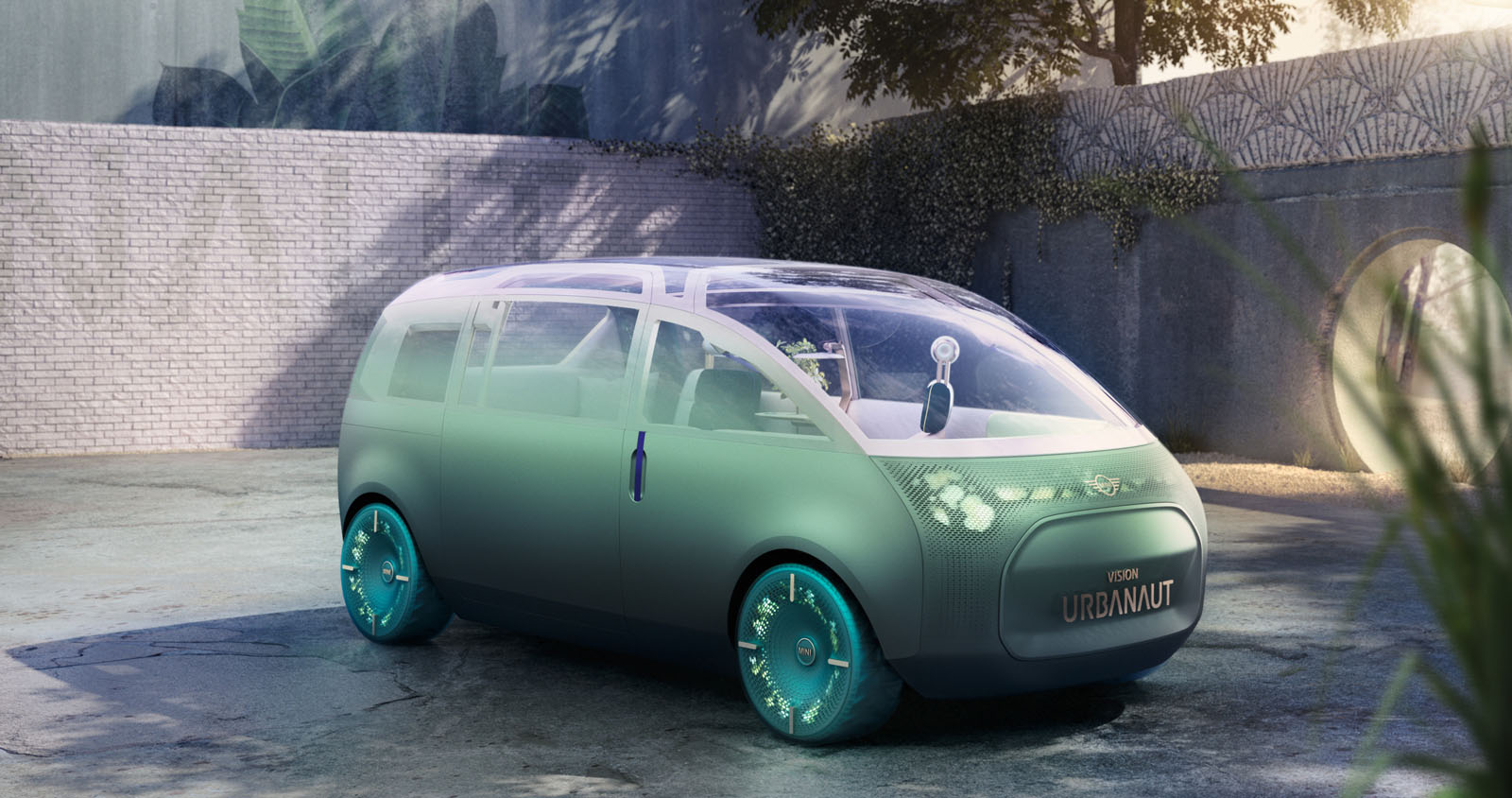