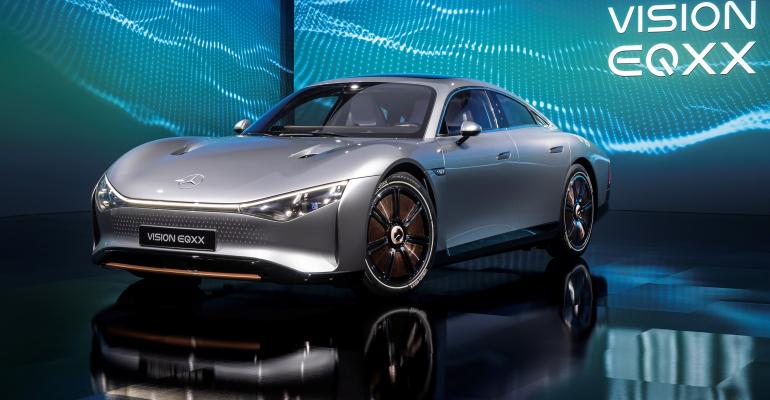 The high-efficiency BEV, with an eye-popping 620 miles of range, is claimed to set the technological template for future production models from Stuttgart.

Mercedes-Benz pivots to a digital reveal of the electric-powered Vision EQXX as the automaker claims the wind-cheating sedan concept sets new levels of efficiency with a range of more than 620 miles (1,000 km) on the WLTP test procedure.

The Vision EQXX was to have been unveiled at the 2022 CES in Las Vegas, but Mercedes-Benz and other automakers and suppliers announced last week they were withdrawing from the live event out of concerns about COVID-19.

Developed over the past 18-plus months, the EQXX is the latest in a long line of research prototypes made public by the automaker. It has been conceived to challenge existing BEV principles in an in-house engineering program aimed at hatching new ideas, processes and innovations for adoption on future all-electric Mercedes-Benz production models.

It has been achieved using a newly developed rear-mounted electric motor. It is allied to a bespoke lithium-ion battery using cells supplied by Chinese battery specialist CATL, which at “just under 100 kWh” boasts a slightly lower overall energy capacity than the 107.8 kWh unit used by the EQS450+.

The EQXX’s new battery is claimed to be half the size and at 1,091 lbs. (495 kg) some 30% lighter than the battery used by Mercedes-Benz’s current EQ flagship sedan. 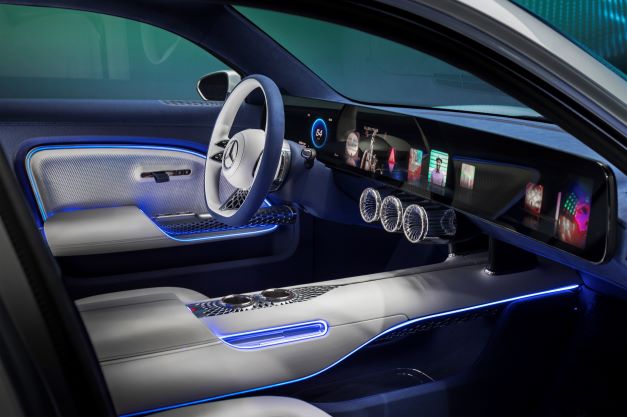 Mercedes-Benz says the new high silicon content battery operates at more than 900V and features what it described as active cell balancing – a process that sees energy drawn evenly from each cell for added efficiency during steady-state driving.

Mercedes-Benz claims up to 95% of the energy from the EQXX’s battery ends up at the wheels. By comparison, gasoline-engine vehicles typically operate at about 30% efficiency.

The new drivetrain is expected to lead the way for a significant increase in the overall efficiency of upcoming Mercedes-Benz production models. Rated at 150 kW (268 hp), its compact electric motor is mounted within a lightweight carbon-fiber subframe at the rear where it drives through a single-speed transmission.

The in-house constructed unit is controlled by a power electronics system based heavily on that featured on the Project One Hypercar.

In developing the one-off concept, Mercedes-Benz focused on the drivetrain and challenged designers and engineers to rethink other key areas of electric-car development.

The result is a car that, despite conforming to all existing German roadworthiness regulations and providing seating for four adults, sets what Mercedes-Benz claims a new record for overall aerodynamic efficiency with a drag coefficient of 0.17. This compares to 0.20 for the EQS450+. 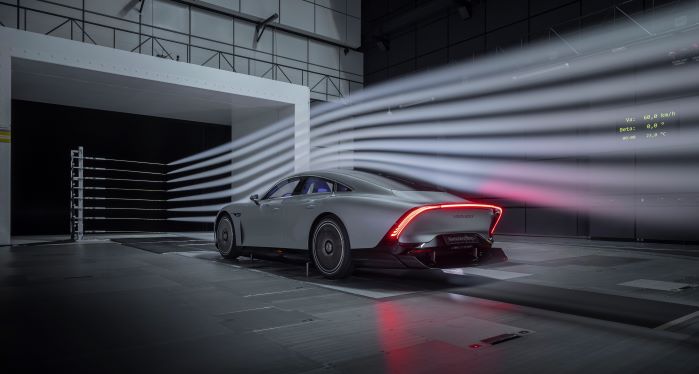 The front of Vision EQXX takes on a sportscar appearance, with a low leading edge, short bonnet, shapely fenders, large wheel wells and a star graphic incorporated within the front bumper.

Without a conventional drivetrain under the hood, the A-pillars are set well forward to provide a comparatively long cabin boasting a flat floor.

At the rear, the Vision EQXX draws on the active aerodynamic developments first explored by Mercedes-Benz on the Concept IAA revealed back in 2015. Included is a diffuser element that automatically extends out at speed to smooth airflow and reduce turbulence.

The tapered rear has also seen Mercedes-Benz fit the new sedan with a rear track that is almost 2 ins. (51 mm) narrower than that used at the front.

Further development has focused on achieving as low a curb weight as possible in an electric car similar in overall dimensions to the second-generation CLA sedan. Included is a new lightweight cast-aluminum construction process called BionEQXX casting. It takes its cues from organic forms and is used in load-bearing areas of the body structure. 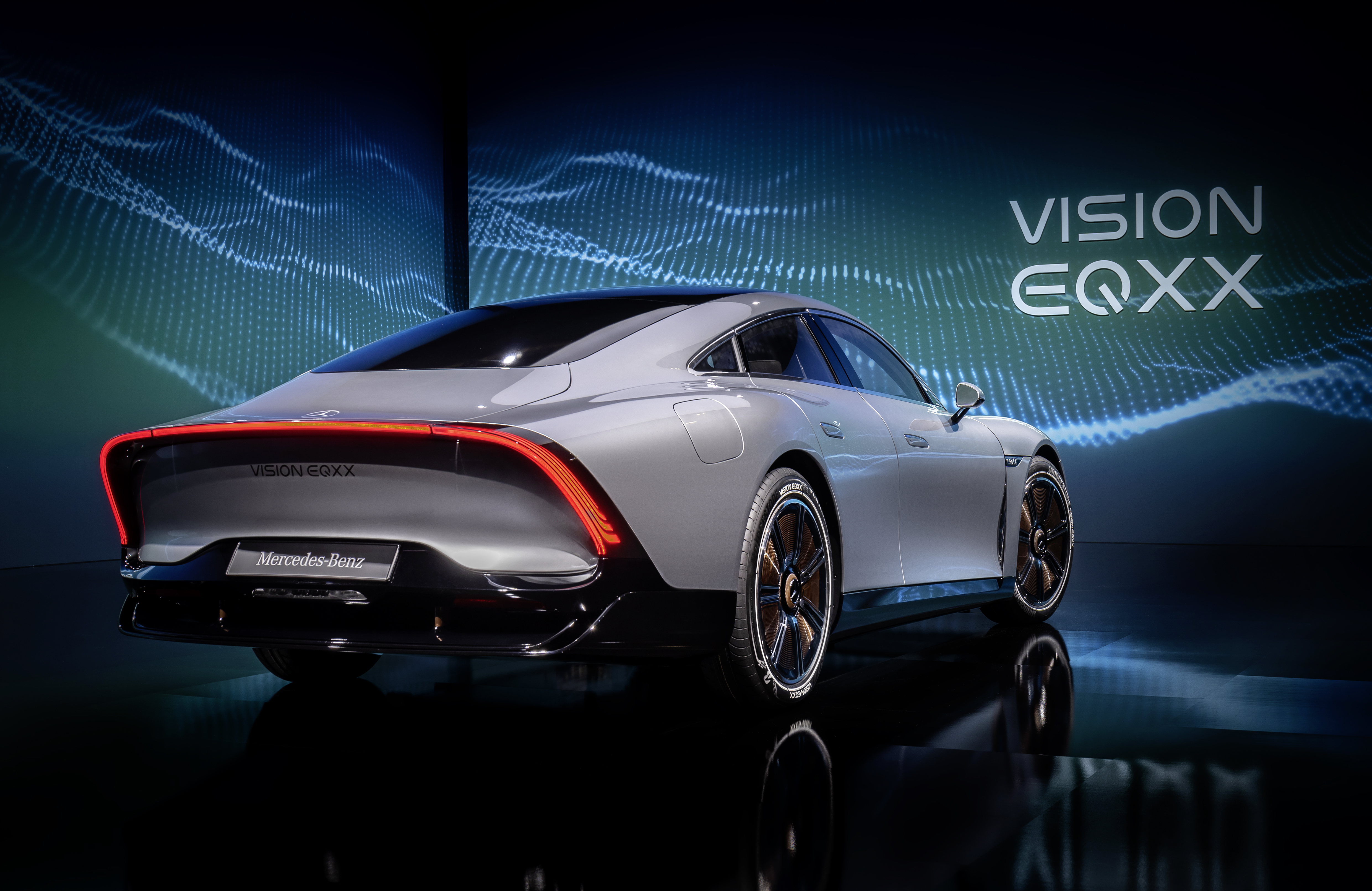