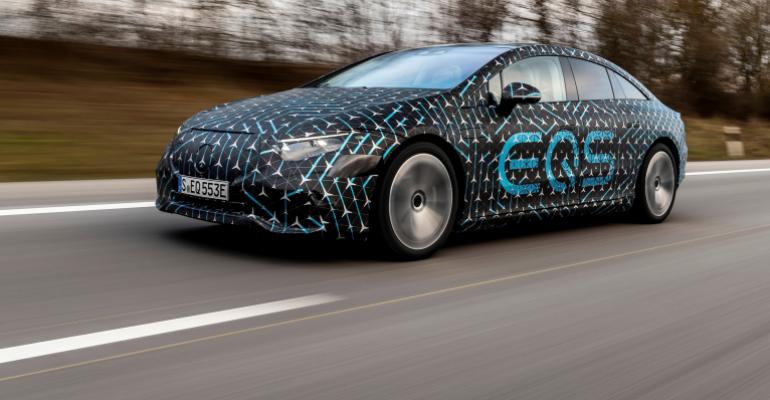 There’s a feeling of overall completeness to the '22 EQS, which arrives at U.S. dealerships this fall. You can sense the depth of engineering and the attention to detail lavished upon it during its three-year development.

STUTTGART, Germany – It’s impossible to ignore the significance Mercedes-Benz attaches to the new EQS. Designed and developed from the ground up, the '22-model-year luxury sedan, arriving at U.S. dealerships this fall, is the first model to be based on the German automaker’s dedicated Electric Vehicle Architecture.

Until now, each model in Mercedes-Benz’s EQ battery-electric car lineup – the EQC, EQV and EQA – has relied on an existing platform shared with their respective combustion-engine siblings.

The EQS is what Holger Enzmann, the engineer who heads the EQS test and development program, describes as a “new beginning.”

As I prepare to climb into a pre-production prototype for the first time, it is neither the uncharacteristic cab-forward appearance nor the standard-setting 0.20 drag coefficient that have my attention but the EQS’ sheer size and presence.

At 205.1 ins. (5,210 mm) in length, it is slightly shorter than the new long-wheelbase S-Class. It also looks much bolder up close than it does in photographs. The prototype we’re in here wears 21-in. wheels, though 19 ins. is standard and ranges up to an optional 22 ins.

The large frameless doors boast the same flush-fitting handles as those available as an option on the S-Class. They motor outward automatically, revealing an interior that combines traditional design elements with new high-tech features, including Mercedes-Benz’s high-set Hyperscreen (below).

The extended proportions, exaggerated by a heavily curved roofline, allow Mercedes-Benz to provide the latest EQ model with an extremely long 126-in. (3,200-mm) wheelbase to house its battery together with ultra-short overhangs. The upshot is a roomier interior than the S-Class’s.

We’re riding up front, but a stint in the rear reveals the EQS offers true limousine-like levels of space, thanks in part to a near-to-flat floor without a central tunnel. A large liftgate opens high to reveal a flat cargo area that can be extended in capacity to 62.2 cu.-ft. (1,761 L) when the rear seats are folded down. 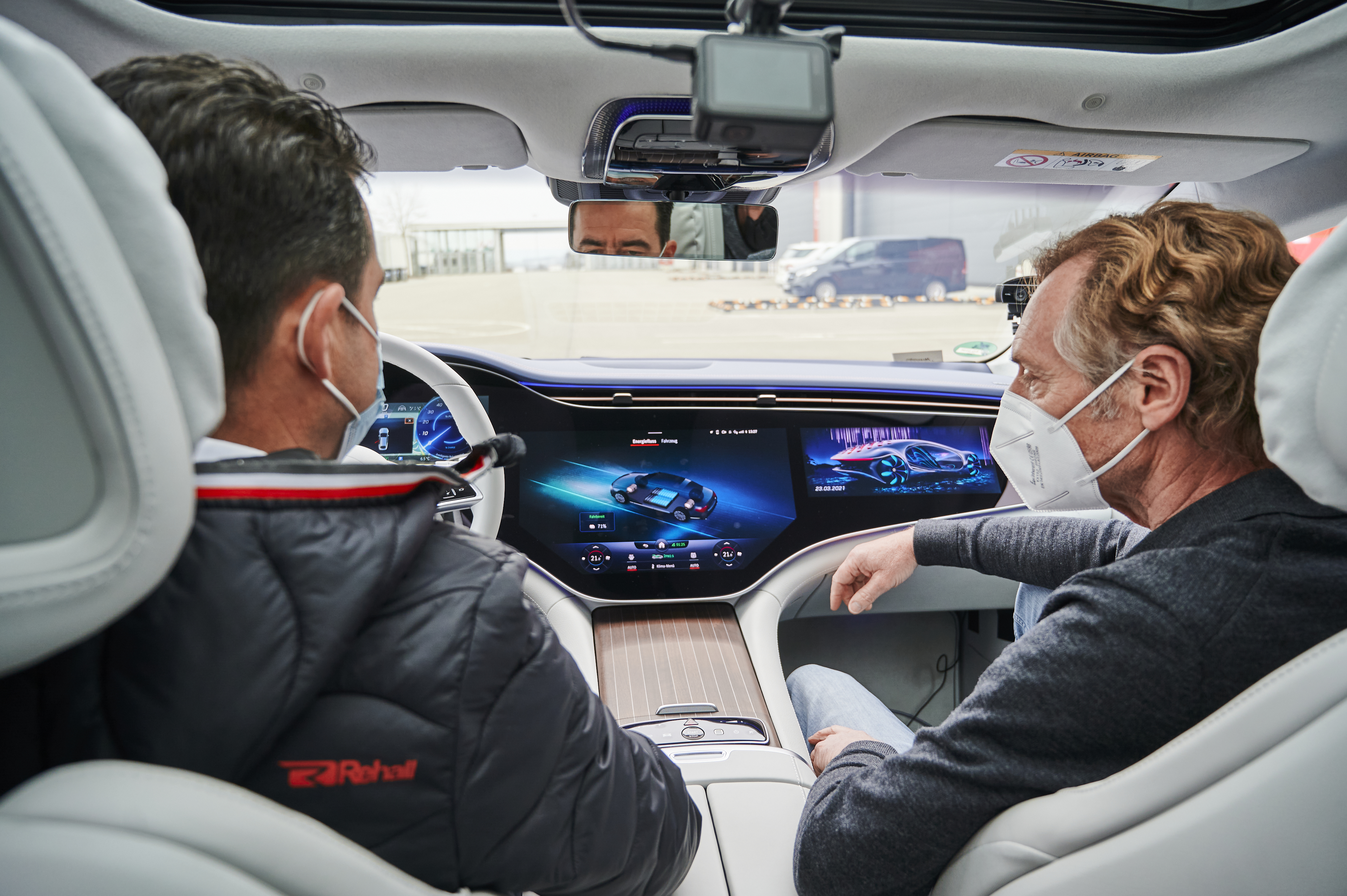 It’s the latter that we’re in here.

Enzmann presses the start button, engages drive and the EQS majestically glides away, feeling every bit as stately as the traditional S-Class it has been conceived to succeed.

With up to 611 lb.-ft. (828 Nm) of torque, the step-off is very muscular – on par with the strongest of the current crop of four-door combustion-engine AMG models – and it keeps building in strength, providing the initial top-of-the-line EQS with fleet-footed qualities despite its generous size and a curb weight that’s described as being “well beyond 5,500 lbs. (2,495 kg).”

Mercedes-Benz is not making official claims yet but expect the most powerful of the standard EQS models to deliver 0-62 mph (100 km/h) acceleration in less than 5.0 seconds. Top speed is limited to 131 mph (211 km/h).

There are four driving modes: Electric, Comfort, Sport and Individual. The former allows one-pedal driving with strong deceleration as up to 393 hp (293 kW) of kinetic energy is recuperated on a trailing throttle and under braking. 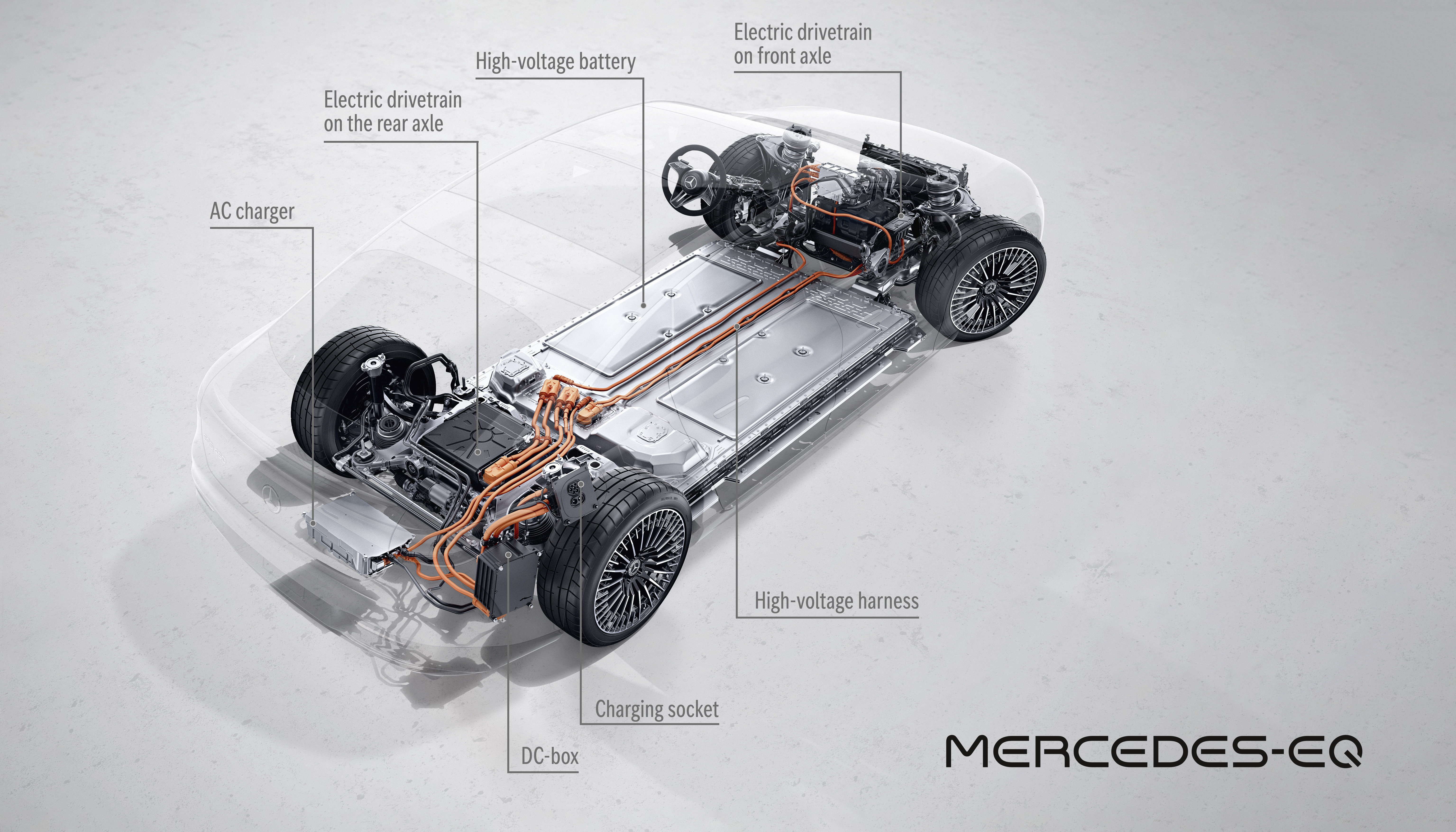 The suspension is a standard AirMatic system with three-channel plungers at each corner. It’s similar in principle to the arrangement used by the S-Class. At highway speeds the ride height is automatically lowered to improve aerodynamic efficiency.

As with its combustion-engine sibling, alongside which the EQS will be produced at Mercedes-Benz’s Factory 56 in Sindelfingen, Germany, buyers will get to choose between two different rear-wheel steer systems; the standard setup provides 4.5 degrees of steering angle to the rear wheels with an optional system capable of providing up to 10 degrees of rear steer assistance.

It feels unusually agile for such a big and heavy car, owing, in part, to a low center of gravity. There’s a degree of body roll during cornering, but it is extremely well controlled. The most impressive aspect of the handling, though, is the overall grip and traction.

The electric motors operate in a truly silent fashion and the slippery shape contributes to low levels of wind buffeting at typical highway speeds. The suspension delivers impressive absorption and is extremely quiet; impacts are felt rather than heard on the 265/40 profile 21-in. winter tires worn by the prototype.

For those who yearn for acoustic feedback from the driveline, there is a sound generator with three different themes, including one that mimics the sound of a traditional combustion engine.

The EQS will be sold with two different batteries with NCM 811 cells. Rear-wheel-drive models receive a 90-kWh unit, while the 4Matic all-wheel-drive model gets a 107.8-kWh battery. Both operate on a 400V electrical architecture, with Mercedes-Benz claiming a maximum range of up to 479 miles (771 km) on the WLTP test cycle.

Charging comes via a standard AC on-board charger at up to 11 kW, though EQS buyers can opt for optional 22-kW AC and 200-kW DC systems – the latter of which is claimed to provide 186 miles (299 km) of range in 15 minutes.

There’s a feeling of overall completeness to the EQS. You can sense the depth of engineering and the attention to detail lavished upon it during its three-year development. It’s a new dawn for the world’s oldest automaker. The proof of just how good it is, however, will come in the driving. 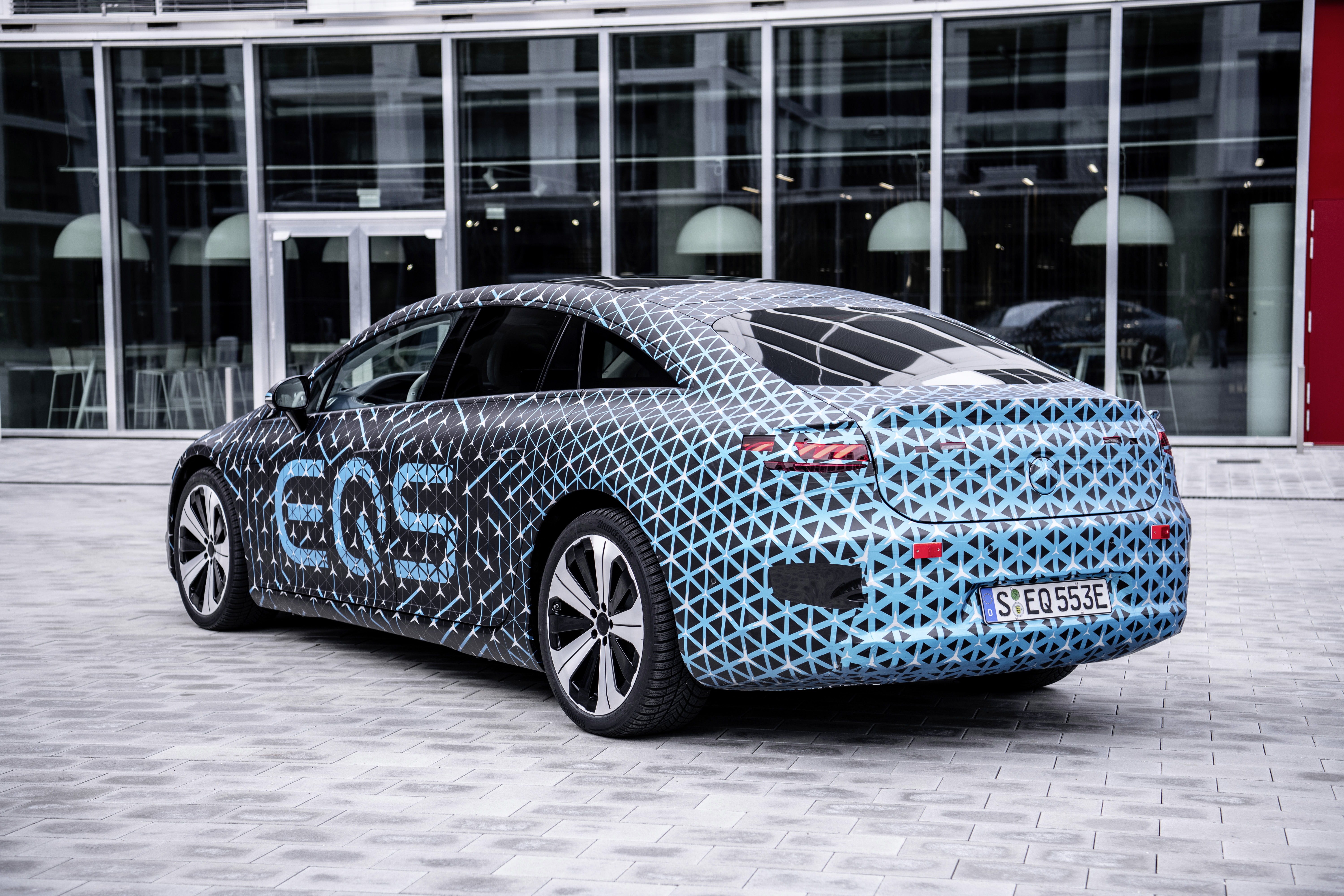