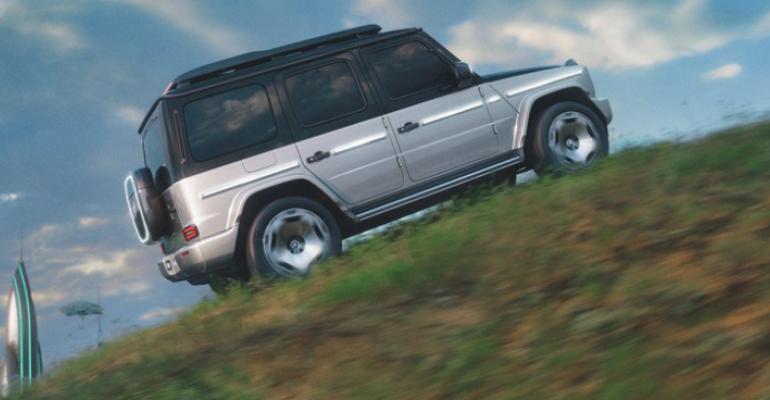 Mercedes-Benz
EQG is based on same ladder-frame chassis used by gasoline and diesel versions of G-Class.
Vehicles

MUNICH, Germany – Mercedes-Benz has confirmed preparations for an electric-powered version of its rugged G-Class are well under way with the unveiling of the Concept EQG at the 2021 IAA auto show here.

Dieter Zetsche, then-Mercedes-Benz CEO, first hinted at a battery-electric G-Class in 2018, and now the newest member of the German automaker’s fast-growing BEV lineup is planned to see North American deliveries in 2024 featuring a newly developed four-wheel-drive powertrain with four electric motors and a transfer case boasting low-range gearing – a combination Mercedes-Benz officials says not only provides it with zero-emission capability but a high level of off-road capability.

The EQG is based on the same ladder-frame chassis used by gasoline and diesel versions of the G-Class, alongside which it is planned to be produced at Mercedes-Benz manufacturing partner Magna-Steyr in Austria.

The existing steel and aluminum structure has been modified to accept a large battery, elements of which are mounted within the floorpan, along the center tunnel and underneath the rear seat.

“We are accelerating the transformation to a zero-emission and software-driven future,” says Markus Schäfer, Mercedes-Benz Chief Operating Officer. “Whereever market conditions permit, Mercedes-Benz will be ready to go fully electric by the end of the decade.”

As with its body structure, the EQG retains the same familiar exterior styling as its more traditional G-Class siblings. However, Mercedes-Benz’s design team has provided it with new details that help to link it visually with other recently introduced all-electric EQ models.

They include a new look black panel grille with illuminated graphics; a stylized roof rack with lighting front and rear; illumination within the side protection trim; and a lockable utility box designed to carry the charging cable in place of the spare tire at the rear of other existing G-Class models.

Further design flourishes include two-tone paint with gloss black on top and a deep silver below, together with uniquely styled 22-in. alloy wheels.

Schäfer describes the appearance of the new electric-powered off-road concept car as “more or less the production car.”

“It is very production-related. There will be slight changes to the styling before we sign it off, but the design is pretty well locked in,” he says. “We’ve invested quite a lot of time improving the aerodynamics. There’s a lot of detailed work that people might not see at first glance, like the A-pillars which are completely different from other G-Class models.”

The output of the EQG’s electric powertrain has not yet been revealed. However, the quad motor setup departs from the single and dual motor configurations used by other electric-powered EQ models, recalling the layout of the earlier 526-hp SLS E-Cell, which was produced in a limited run Mercedes-Benz puts at “less than one hundred.”

The four electric motors are mounted close to the wheels and provide individual drive to each one in a process Mercedes-Benz says helps provide it with “unique driving characteristics, both on- and off-road, together with enormous pulling power.”

Underpinning the new G-Class variant (pictured above and below) is the same double-wishbone front suspension as gasoline and diesel models. The rigid rear axle, located by two upper and lower trailing arms, has been newly developed for the integration of electric drive. 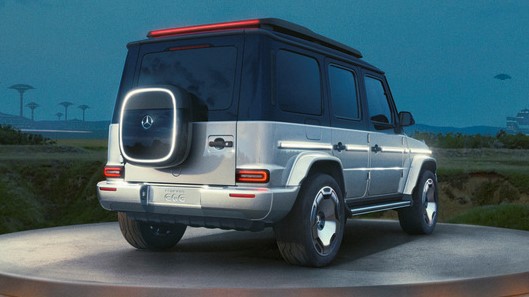