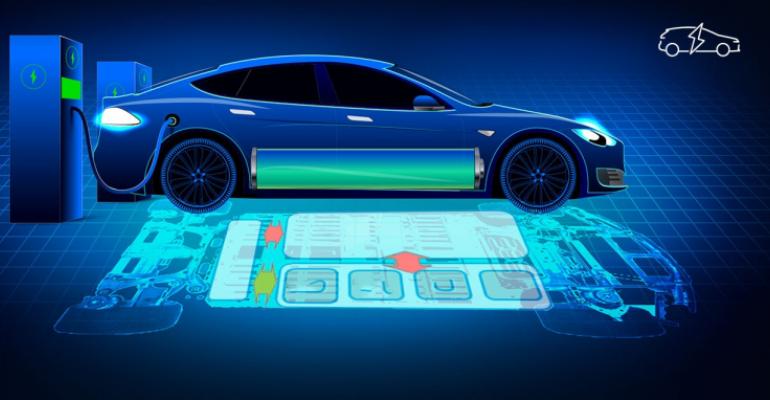 Marelli’s history with mass-market electric vehicles goes back about a decade, behind the scenes at least. The company supplies the inverter and battery management system for the Nissan Leaf and Marelli’s 800V eMotor can be found in the Porsche Taycan.

Marelli technology can be found in other electrified vehicles as well, giving the supplier a leg up in the BEV space. Even with this much experience, it remains a challenge to keep up with the never-ending interest in better BEVs.

Increased interest is exactly why Marelli brought a number of new BEV technologies to CES 2022 earlier this month. As MacLean explains it, Marelli’s BEV efforts fall into the part of the powertrain between accepting a charge into the vehicle and then “managing that charge, controlling the charge within the vehicle and then optimizing that flow of energy, not only the electric energy but also the thermal energy.”

Raj Puttaiah, Marelli’s global head of product management-vehicle electrification, says one of Marelli’s big draws at its CES booth was a “revolutionary EV powertrain” proof of concept the company is working on with TAE Technologies.

While conventional electrified vehicles use separate inverters, TAE’s approach is to install inverters onto each module, inside the battery pack, which brings the electronics closer to the cells and can increase the cycle life by 14%-18% and offer 25% more range. Charging also could be increased four times, Marelli says.

“The beauty is in the algorithms and trying to manage the cells, to make sure they’re in equilibrium all the time, which is a hard thing to do when you have a huge pack – to make sure every cell is at the same state of charge,” Puttaiah says. “The state-of-charge algorithms, the cell balancing, all of that gets even more minute because you’re kind of micromanaging the battery.”

TAE’s design could allow powertrain configurations that are simply not possible with a traditional battery setup. A front motor could be driven off a battery that uses different chemistry than the one used on the rear axle, for example.
“You don’t need the same sort of technology and high performance that you need for the rear drive as you do for the front, because it’s usually all-wheel drive that comes on when needed,” Puttaiah says. “There’s a lot of flexibility when it comes to battery-pack design.”

MacLean says this kind of pack could be ready for production in 2025 or 2026, and when it arrives it is likely to cost less. The battery pack itself will probably cost more than today’s packs, he allows, but when you then take out the standard inverter and other ancillary products that are currently required, overall system costs could be reduced between 7.5% and 10%. Validation vehicles could start testing these new packs in 18-24 months.

“We found two OEMs that are wanting to talk to us about doing an apples-to-apples comparison taking their current vehicle, and we’re basically going to swap out all this product and see what the true benefit is,” MacLean says. “That’s what we want to accomplish this year. We’ll see if that’s possible.” 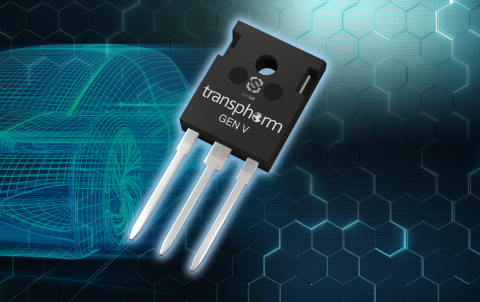 Marelli also displayed gallium nitride field-effect transistors (FETs), or tiny power modules, made by partner Transphorm at CES. Transphorm is the first company to bring automotive-quality GaN FETs (inset, left) to market, which puts them ahead of the competition in increasing the amount of traction energy a BEV can squeeze out of a battery pack from about 95% efficient to 98% or 99%, Puttaiah says.

The technology is currently in the proof-of-concept phase and Marelli is looking for OEMs to work with on bringing the FETs to production BEVs, including ways to use the switches in parallel to get up to 100 kW of power to drive an inverter, Puttaiah says.