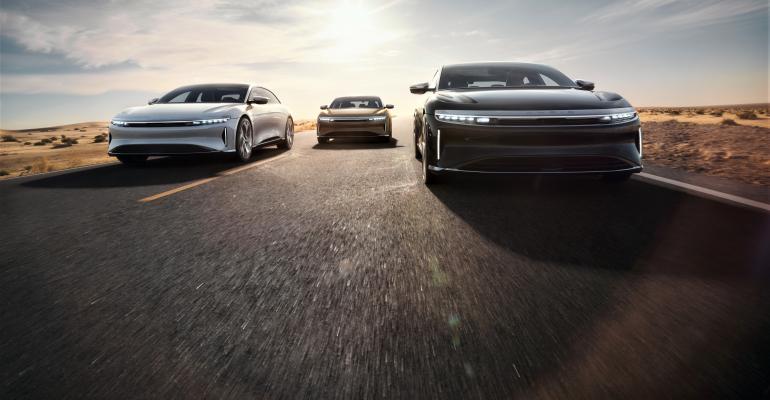 In a Wards Q&A, Zak Edson talks about the battery-maker-turned-electric-vehicle-maker’s strategy to enter a market getting crowded with contenders.

Lucid Motors, which began as a battery maker, is ready to roll out a line of juiced-up luxury electric vehicles.

The company recently opened a factory-direct retail outlet in Beverly Hills, CA (below). 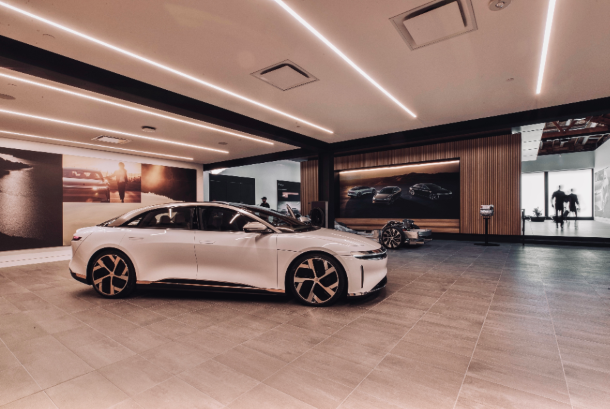 The so-called studio will allow customers to reserve a car as well as learn about Lucid in particular and EVs in general, says Zak Edson, the startup’s director-retail operations.

In a Wards Q&A he talks about his company’s future, its advanced technology, business strategy and how it expects to compete in an EV world that is filling up with various players, including big auto companies. Here is an edited version of the interview.

WardsAuto: It’s tough to launch a new automotive brand. How do you plan to do that?

Edson: We started with a concept to take electrification to the next level and demonstrate what an electric vehicle is capable of.

Also, we will apply that next-step idea to the customer experience, streamlining it and allowing for the luxury level of interaction that customers demand these days.

WardsAuto: When you speak of showing what EVs are capable of doing, are you talking about range or in a broader sense?

Edson: Definitely in a broader sense. We looked at the advantages of an electric-vehicle architecture and said, “How can we maximize that? How much smaller can we make the components?” And then once we’ve miniaturized them, how do we place them throughout the vehicle and package everything else within the vehicle to result in the best possible outcome?

In that case, we can get a larger interior and much more storage space than you would expect. It leads to other effects, including better dynamic driving.

WardsAuto: The range numbers the company cites are impressive. Does it have to do with battery efficiency or that miniaturization?

Edson: The battery is part of it, but just a part. A misconception is that the battery is the primary driver of range, but it’s really in every aspect of the design, including the motor and gears.

Our system runs at an ultra-high 900 volts. That creates less heat loss and a more efficient travel of electricity. That’s a big part. Then with aerodynamics, we’ve taken care to get the lowest drag coefficient of any vehicle in the class. It also includes software and how you utilize electricity. It’s across the board as to what you do to get that maximum efficiency.

WardsAuto: About your retailing plans: Obviously, customer experience is huge these days. What is your approach, other than making people feel good and all that?

Edson: The idea of our studio retail stores is to give you an immersive experience of the Lucid brand and, of course, see a car but also learn about the technology. There’s a big education element. We have a virtual-reality headset people can use. They can configure a car, changing the exterior colors and interior themes.

Because many people are unfamiliar with Lucid at this point, we need to help them meet us and get to know us. It’s not purely transactional.

WardsAuto: With EVs, you are entering a segment that is poised to take off. But it has all sorts of players. For example, Mercedes-Benz recently announced it is doing eight more EVs. How do you distinguish yourself from and compete with a company like Daimler that sets its sights on making EVs?

Edson: This is where we have a distinct advantage, because we are all-in on electric vehicles, EV technology, the architecture and the new way of building an electric vehicle. It’s not something that can be done if you are dipping your toe in it or as a side business or if you are just trying to satisfy government regulations.

WardsAuto: Your manufacturing plant is in Casa Grande, AZ (south of Phoenix). That’s not exactly the epicenter of auto manufacturing. How did that place come about?

Edson: We scoured the country. We evaluated on a number of aspects: vehicle supply chain, access to talent, proximity to our headquarters. We also looked for a friendly business climate.

And south of the border is Sonora (in northern Mexico), where there’s vehicle manufacturing, which also means close access to a supply chain. Surprisingly, if you look for a good spot to put a car factory – with considerations such as water, electricity, amount of land you need, access to rail – there aren’t as many options as you might think.

We looked at existing facilities but decided that building from the ground up gets us exactly what we need.

WardsAuto: Returning to the retail front, was there any consideration of going through the franchised dealership system rather than selling direct? 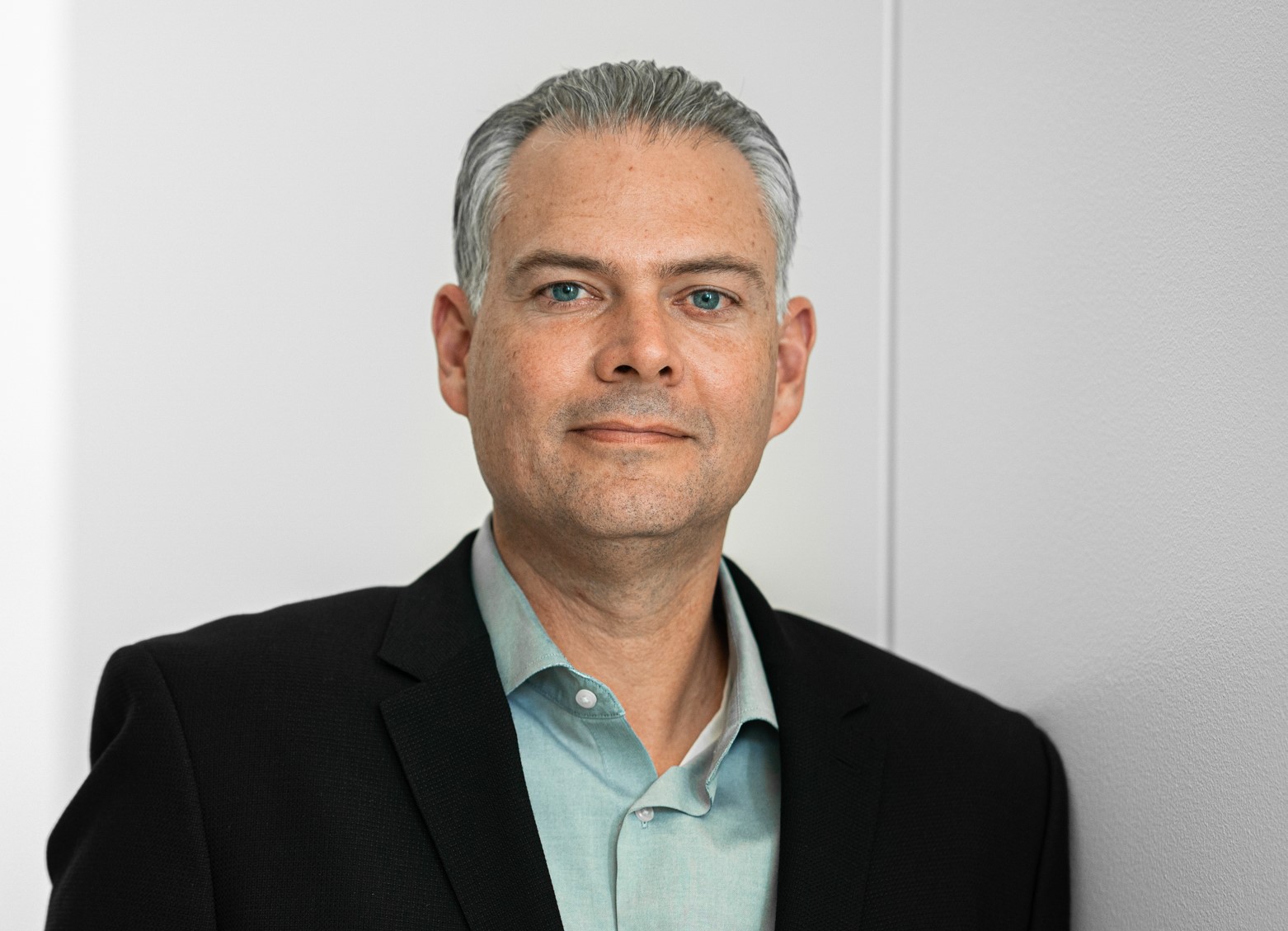 Edson: We had to evaluate all options, so that is a conversation that has been had. We felt we needed that direct consumer relationship so we could make rapid modifications if needed, get feedback from the field as quickly as possible and make sure that every step in that customer journey is how we intend it to be.

WardsAuto: Tesla has helped you by paving the way with its dealer franchise-law legal fights. Presumably, you won’t face the legal battles of a few years ago that Tesla had with so many dealer associations over its factory-direct retail model. Those battles seem to have died down. You don’t expect to go to court every other day to defend your retail model like Tesla did back then, right?

Edson: Tesla has definitely paved the way. But there are still franchise laws in various states we’ll need to navigate. It’s not completely resolved across the country. But we expect it won’t be an issue for us. Tesla demonstrated the need for that direct relationship, because EVs still require a lot of consumer education at this point.

Steve Finlay is a retired senior editor at WardsAuto.