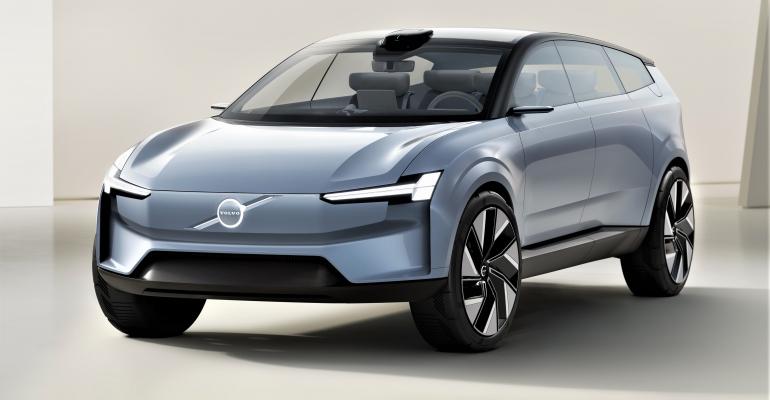 Volvo’s road map for technology development for the next 10 years already is marked by its partnerships with technology and automotive players including Google, Luminar, Northvolt and NVIDIA working with its in-house software company, Zenseact.

Volvo hopes to bring Level 3 autonomous driving technology to its next battery-electric vehicle and has committed to making lidar (light detection and ranging) an essential part of the system.

During the automaker’s first Volvo Cars Tech Moment online event, CEO Håkan Samuelsson, stresses that, unlike some automakers such as Tesla, lidar will feature on all of its future autonomous driving products.

“We see lidar as vital for automated driving because the car is going to see better and will be safer,” he says. “As to costs, we are putting something on the car that is strengthening the brand.”

He points to Volvo’s goal of selling 1.2 million cars globally by the middle of this decade, with at least half being fully electric cars. It also targets an annual operating margin of 8%-10% by mid-decade, driven by increased sales and revenues across all three global sales regions, more-effective sales and distribution channels, synergies with its affiliates and a broader range of fully electric cars. Profitability is expected to be further boosted by achieving gross margin parity between electrified and ICE-powered cars by mid-decade.

During the event, Volvo provides a sneak peek at an all-new battery-powered SUV going on sale next year. Currently called the Concept Recharge, Samuelsson says it will get a name, “like a child,” instead of an alphanumeric name.

It’s the first of many products to come off a new-generation BEV-only platform, with an all-new Volvo on-board computer system, over-the-air updates and an all-new camera, radar and lidar sensor array, which  enables advanced driver-assistance systems, and in the future, some autonomous-driving ability.

The Volvo Moment event was an attempt to look forward to Volvo’s road map for technology development for the next 10 years. That journey has begun with the automaker’s partnerships with technology and automotive players including Google, Luminar, Northvolt and NVIDIA working with its in-house software company, Zenseact.

Introducing the event, Samuelsson says: “We need to transform this company from ‘just’ a premium conventional company into a leader in the new premium electric segment which is growing very fast. To do this we need to use the power of technology and (apply) it fast because a lot of new things are happening.”

He says it is part of the automaker’s mission to build its own batteries for BEVs. 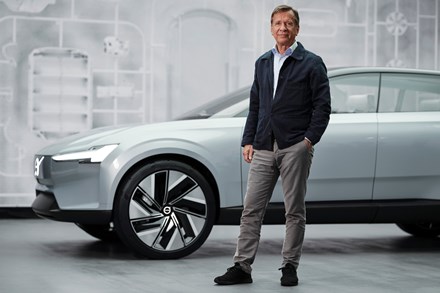 “All our cars will be fully electric by 2030 and that also requires that we build up, in-house, our new technology,” Samuelsson says. “With batteries, we cannot simply rely on buying them in from a supplier. We need to go deeper and understand batteries in the same way as we understand the combustion engine. This is why we are teaming up with organizations like Northvolt who will help us really advance in this area.”

In a later discussion, Volvo officials note Northvolt is just one battery supplier it plans to work with on what it sees as a long journey to getting the volumes of cells it will need for a fully BEV lineup.

Software will be brought in-house to ensure Volvo gets the technology quicker and tailored to its specific requirements, Samuelsson says. “The days where we just made a hardware car are gone. Now a lot of a car’s functionality comes from its software and it is too slow and inefficient to specify what we want and get it in a black box from a supplier. That is not giving us the functionality we need to be different.

“We also need to be able to fix bugs that might occur in software faster. We will need to rely on a central computing platform working in-house-developed software. This is really important and an almost as big difference for the industry as going electric.”

He concludes that autonomous driving technology, to be fitted to all its future new models, must be used to underpin Volvo’s reputation for building safe vehicles. 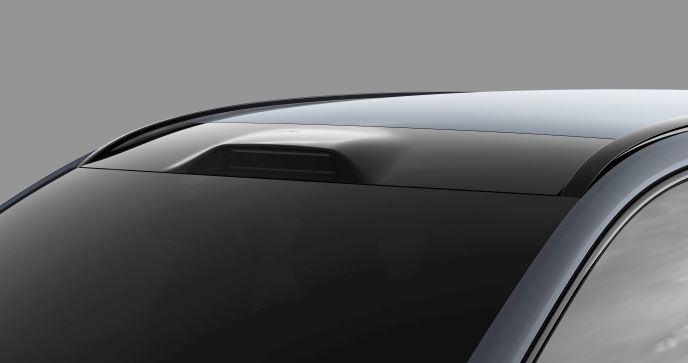 “Everybody expects us to be providing the safest car on the market and we will be strengthening that position by applying the absolute best technology,” Samuelsson says. “We will talk about lidars today where we can have longer vision supplemented by computer vision technology. Then we will be able to reach a totally new level of safety for our cars. The lidars will become seen as something of a trademark on the top of our car’s roofs (pictured above, left), so everybody knows, here comes a very safe car.”