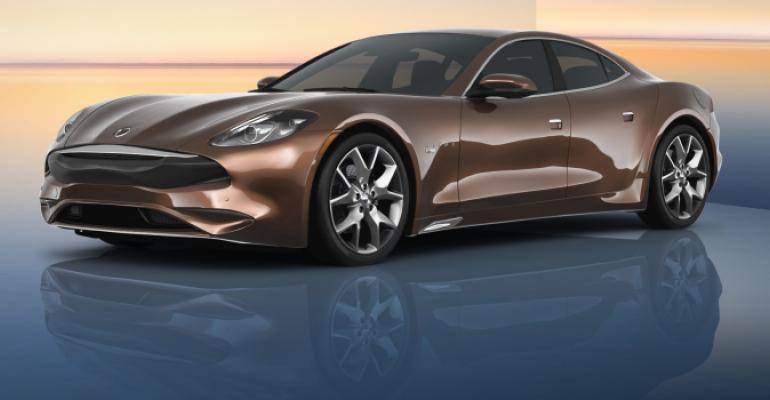 Sharing aluminum bodywork and a platform with the existing Karma Revero lineup, the new 536-hp Karma GS-6 PHEV is priced from $79,900, not including federal income tax credits or other incentives. Lower prices are critical to Karma’s pivot to a new customer base.

Because that portion of the market is both mature and small, Karma knows it needs to change to grow. In addition to its global expansion into markets as far-flung as Iceland, the company’s new GS-6 series is the first step toward a future that will put Karma in direct competition with every new and existing luxury brand building electrified vehicles.

Sharing aluminum bodywork and a platform with the existing Karma Revero lineup, the new Karma GS-6 is priced from $79,900, not including federal income tax credits or state and local incentives. That represents a significant $50,000 price reduction compared to the Revero, which starts at $130,000.

Karma spokesperson Jeff Holland says the automaker has successfully streamlined its supply chain, standardized production methods and achieved additional economies of scale, allowing it to build the GS-6 series using the Revero platform and body but at a much lower price.

“Over the past few years, we have also seen a substantial reduction in the cost of lithium-ion batteries and other EV-related components,” Holland says.

Lower prices are critical to Karma’s pivot to a new customer base. New products are, too, and they’re coming soon, including the GX-1 SUV in 2022.

These are ambitious plans for a company that appeared to be struggling just two years ago. In 2019, high-level executive departures, staff cuts and rumors of curtailed funding from its parent company, Wanxiang Group, put its future in doubt.

Today, Karma appears healthier than ever.

When asked about the automaker’s current financial footing, Holland says: “As a privately held company, we don’t discuss financials, but our parent company has been very supportive of all our ongoing and upcoming initiatives, including platform development.”

That financial support buys Karma time to reposition itself to attract the younger, less affluent, married-with-children demographic that it believes will be critical to its success. 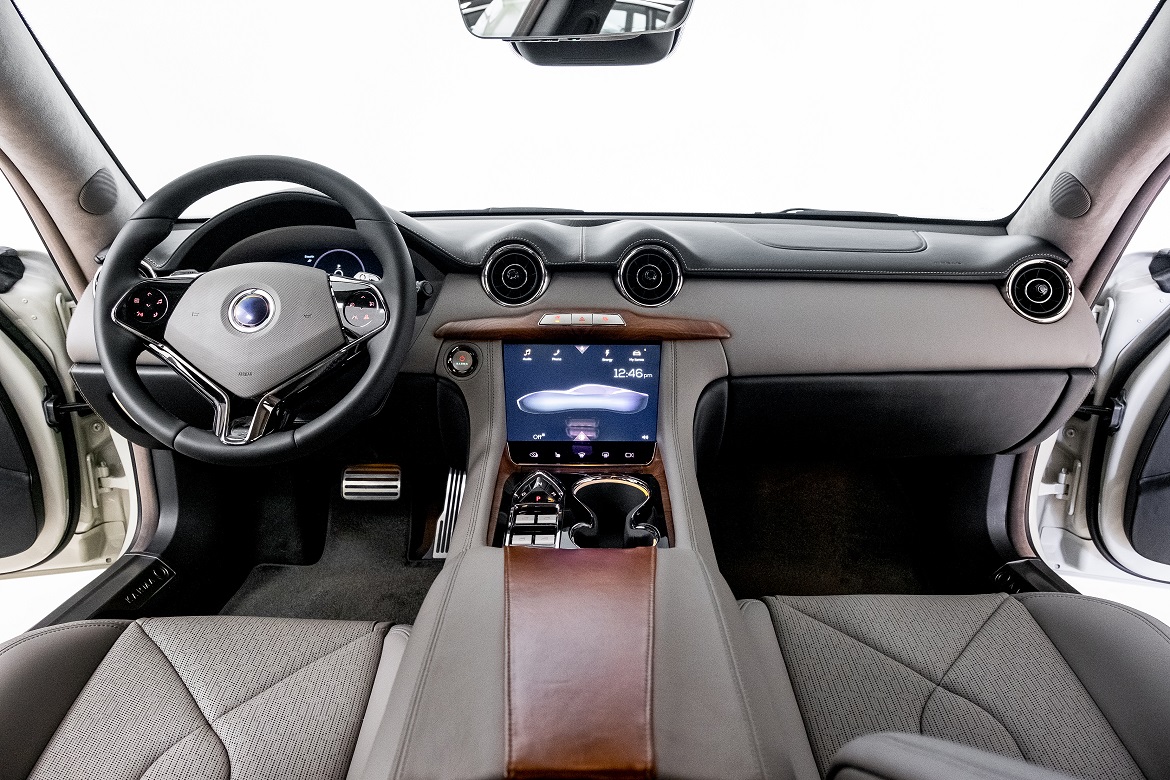 To differentiate itself from other electrified brands targeting the same customers, Karma will emphasize design, custom materials and its Golden State roots, which influence everything from paint color names to interior trim manufactured with reclaimed wood from California wildfires.

Karma’s first fully electric vehicle, the GSe-6, is the lowest-priced member of the GS-6 family. When it arrives later this year, it will come in standard, Luxury and Sport “personas,” or trim levels.

Holland says the GSe-6 will offer both 85-kW and 110-kW lithium-ion batteries, and the larger of the two should provide a minimum of 300 miles (483 km) of driving range. As for speed, Karma says the 0-to-60 acceleration time is “fast enough.”

Available now, the Karma GS-6 looks just like a Revero with its matching long hood, swollen haunches, stubby rear deck and 4-passenger interior. It costs $83,900 in standard specification, and both Luxury (GS-6L) and Sport (GS-6S) versions provide upgrades in equipment and performance.

With a full battery charge, the GS-6 travels an estimated 61 miles (98 km) rolling on its standard 21-in. wheels. Karma says the battery recharges in about four hours using a 240V Level 2 charger and can reach a 90% charge in less than 35 minutes when using a 480V DC fast charger. The maximum driving range using both the battery and generator is an estimated 360 miles (579 km).

Drivers will use Stealth mode to drive solely on battery power. Sustain mode fires up the 3-cyl. engine, which serves as an onboard generator similar to how the Chevrolet Volt worked. Sport mode feeds power from both the gas generator and the battery to power the rear wheels.

Karma equips the GS-6 with a long list of expected infotainment and advanced driving assistance systems.

“We’re proud that we have been designing, engineering, producing, selling and servicing luxury EVs for years now, which is something other EV startups can’t say,” says Joost de Vries, Karma’s vice president-global sales and customer experience.

“The GS-6 (pictured below), with its more attainable price point, combined with a long list of standard and available convenience features and luxurious design, will appeal to a much larger audience.”

Karma says the more expensive Revero series will continue to serve its existing clientele and will move further upmarket in the future.