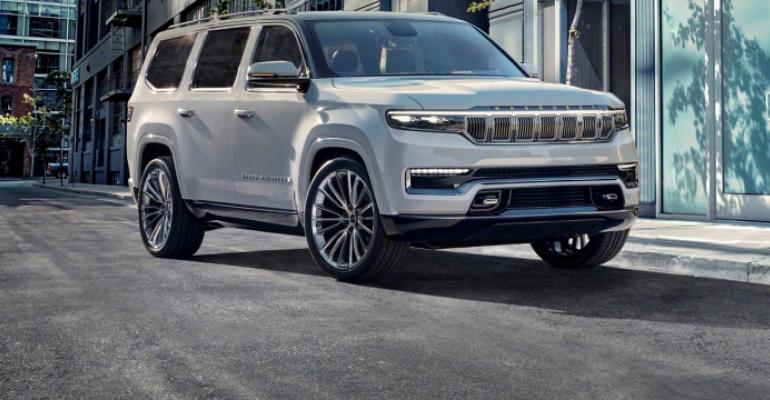 FCA
Jeep hasn’t had a three-row SUV in U.S. since Commander left portfolio in 2010.
Vehicles

If the lavish images released today indicate Jeep’s market intentions, then the production Grand Wagoneer could be positioned against Luxury SUVs. The 4x4 concept has a plug-in hybrid drivetrain, seven display screens and loads of sustainable materials.

Fiat Chrysler’s Jeep brand takes a big step forward – literally – by revealing a concept version of the three-row Jeep Grand Wagoneer soon to be built at the Warren, MI, Truck Plant beginning in the second quarter of 2021, while another three-row Jeep yet to be named will launch in the first quarter from FCA’s Mack Avenue plant in Detroit.

While production versions of the Wagoneer and Grand Wagoneer will not be revealed until later, we do know both those vehicles can accommodate three rows of occupants, allowing the brand to compete more directly with General Motors and Ford, which dominate the fullsize SUV segment in the U.S.

If the lavish images released today indicate Jeep’s market intentions, then the production version of the Grand Wagoneer could be positioned to compete among Luxury SUVs (Cadillac Escalade, Infiniti QX80, Lincoln Navigator and Range Rover) while the Wagoneer could be geared for the mainstream Large SUV segment (up against Chevrolet Suburban and Tahoe, GMC Yukon, Ford Expedition, Nissan Armada and Toyota Sequoia).

Jeep hasn’t had a three-row SUV in the U.S. since the Commander left the portfolio in 2010, and there’s good money to be made in these body-on-frame vehicles. Jeep continues selling the Grand Commander in China. 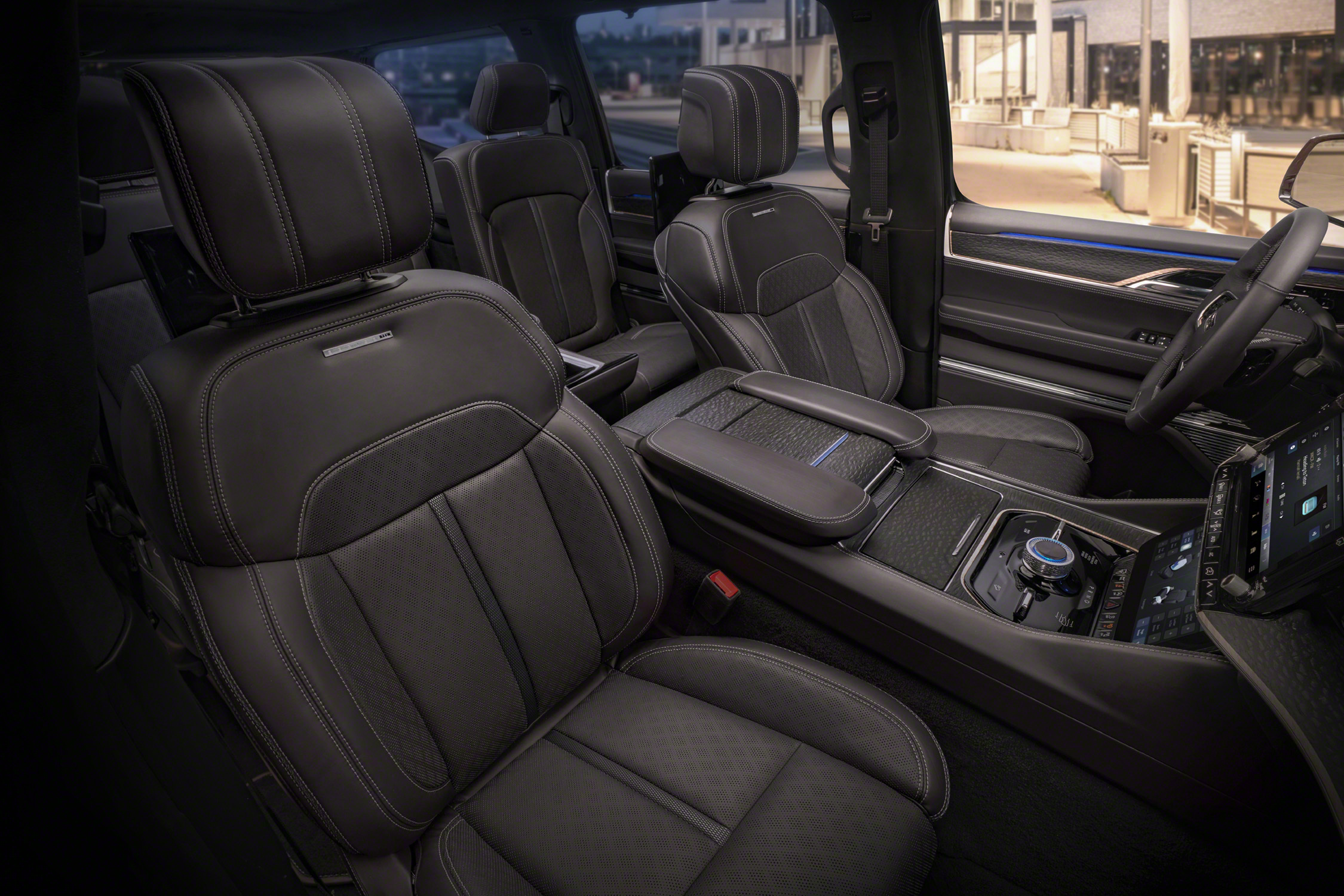 Jeep bills the newly unveiled Grand Wagoneer concept as the “ultimate premium SUV” with a “spacious, upscale ultra-comfortable interior,” (pictured above) 4x4 off-road capability and a plug-in hybrid drivetrain in line with Jeep’s plans to offer electrification options on all models.

“With the electrification of each Jeep nameplate coming in the next few years, and the reintroduction of Wagoneer, we are quickly expanding into new segments and more premium space,” says Christian Meunier, FCA’s global president of Jeep brand.

“While Jeep vehicles bring leading capability, efficiency and performance across the mainstream SUV market, Wagoneer will ultimately become a portfolio of vehicles that will once again define ‘American Premium,’ making it the standard of sophistication, authenticity and modern mobility,” Meunier says.

While the Grand Wagoneer concept incorporates familiar exterior styling cues (pictured below) and a modern interpretation of the seven-bar grille, the interior is a showcase for premium materials and advanced technology. 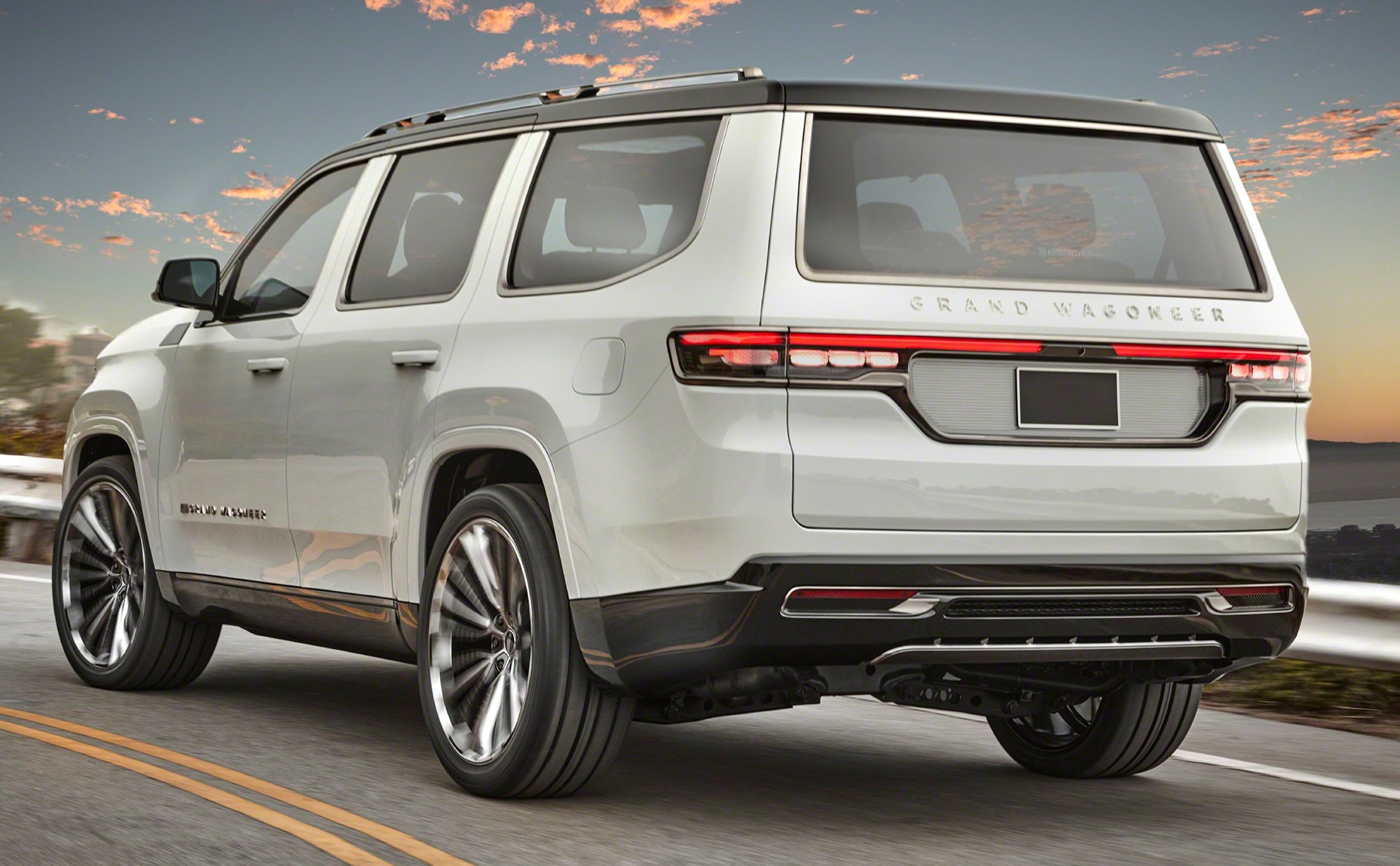 In all, there are four display screens (pictured below) in the front row: a 12.3-in. (31-cm) driver information display behind the steering, a 12.1-in. (30.7-cm) horizontal touchscreen atop the center console, a 10.25-in. (26-cm) horizontal comfort display touchscreen below, and another a 10.25-in. screen in front of the passenger.

Jeep says the Grand Wagoneer Concept is the only vehicle audio system in the world powered by McIntosh, an American luxury brand known for home audio systems that deliver the ultimate experience in music and film. The audio system features 23 custom-designed speakers connected to a 24-channel amplifier for immersive audio.

Sustainable materials are emphasized in the Grand Wagoneer Concept, including a polymer-based recyclable Dinamica microsuede headliner that resembles suede leather and premium Thrive fiber carpets made from recycled pre- and post-consumer materials.

PUR, a sustainable synthetic material, was chosen to upholster all of the seating, console, door and instrument-panel surfaces. 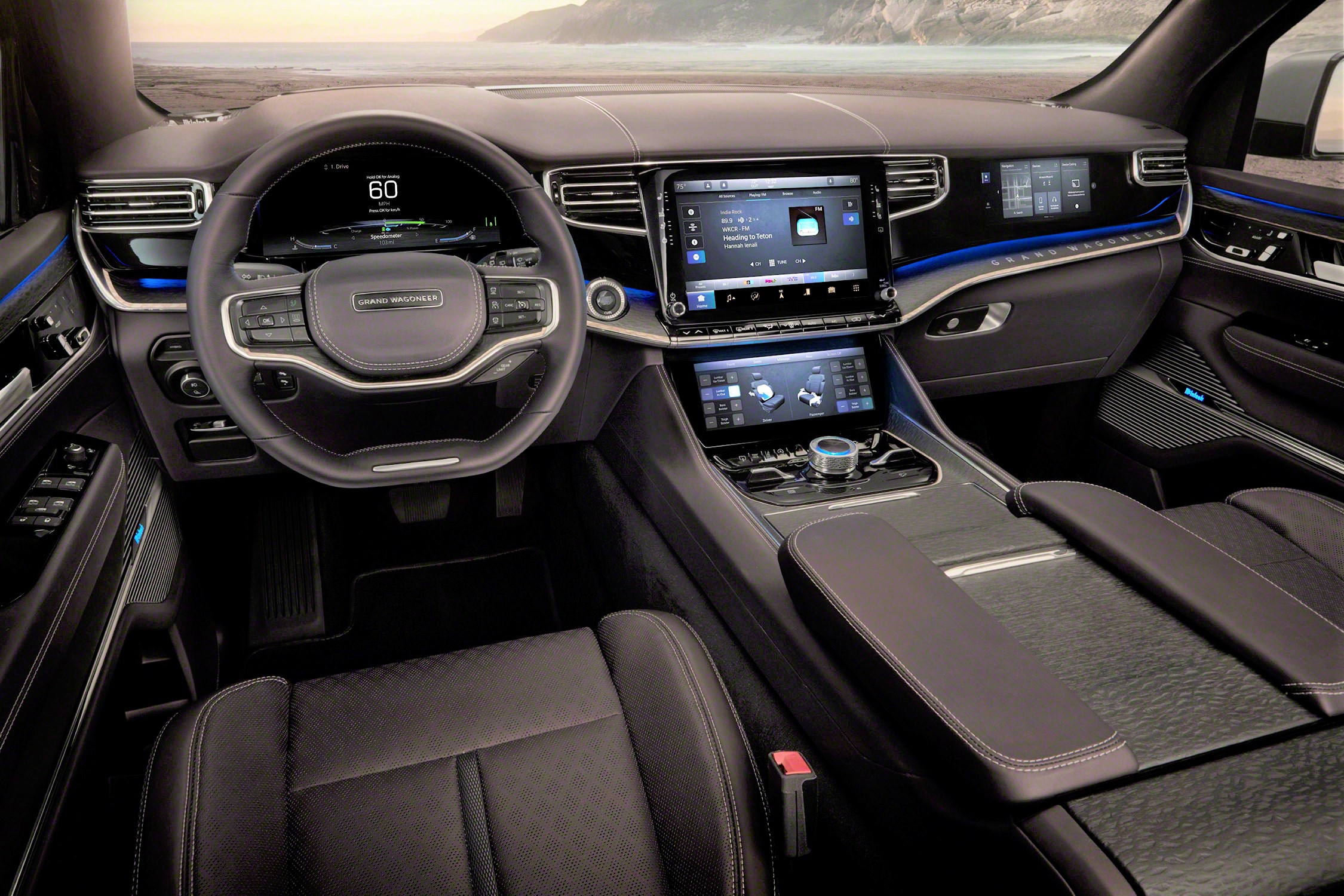