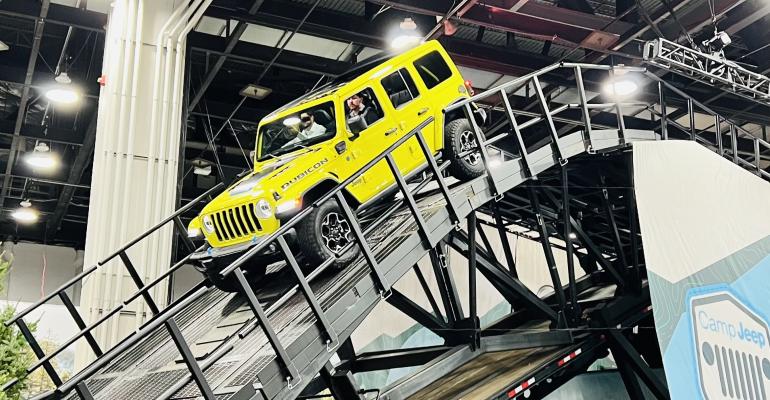 The first-ever electrified Jeep Grand Cherokee delivers 56 MPGe and 25 miles of all-electric range. The PHEV system delivers 375 hp and 470 lb.-ft. of torque and can tow 6,000 lbs.

DETROIT – Celebrating the 30th anniversary of the day it made global headlines by crashing through the glass doors of the Detroit Auto Show with its Grand Cherokee, Jeep touts its moves to electrify its entire lineup and announces a new anniversary version of the hugely successful SUV, the plug-in hybrid Grand Cherokee 4xe.

The shattered windows 30 years ago were fake Hollywood “sugar glass,” but the stunt made a huge impression and the Grand Cherokee has gone on to sell 7 million vehicles since its debut. Now Stellantis, Jeep’s parent, is intent on furthering its success via electrification.

“We are in the midst of a profound transformation future-proofing the Jeep brand,” says Stellantis CEO Carlos Tavares.

Stellantis also points out the Grand Cherokee has been built in Detroit for 30 years, first launching in 1992 at the Jefferson North Assembly Plant, then at the all-new Detroit Assembly Complex-Mack Plant, where nearly 3,300 Detroiters were hired in 2021.

The Grand Cherokee 4xe unveiling provides a muted echo of some of the famous auto show publicity stunts Jeep staged in the 1990s by driving down a small roller coaster-like “road” to center stage under electric power. This time Jeep will allow auto show visitors to actually ride in some current vehicles as they are driven up and down steep inclines.

Unlike many brands, Jeep is bullish about the future of PHEVs and its PHEV Wrangler is enjoying strong sales.

Available for a limited time, the ’23 Grand Cherokee 4xe 30th Anniversary edition (below, right) is offered as a special package with an MSRP of $4,700 and opens for orders later this year, with vehicles scheduled to begin arriving to Jeep dealers by early 2023. 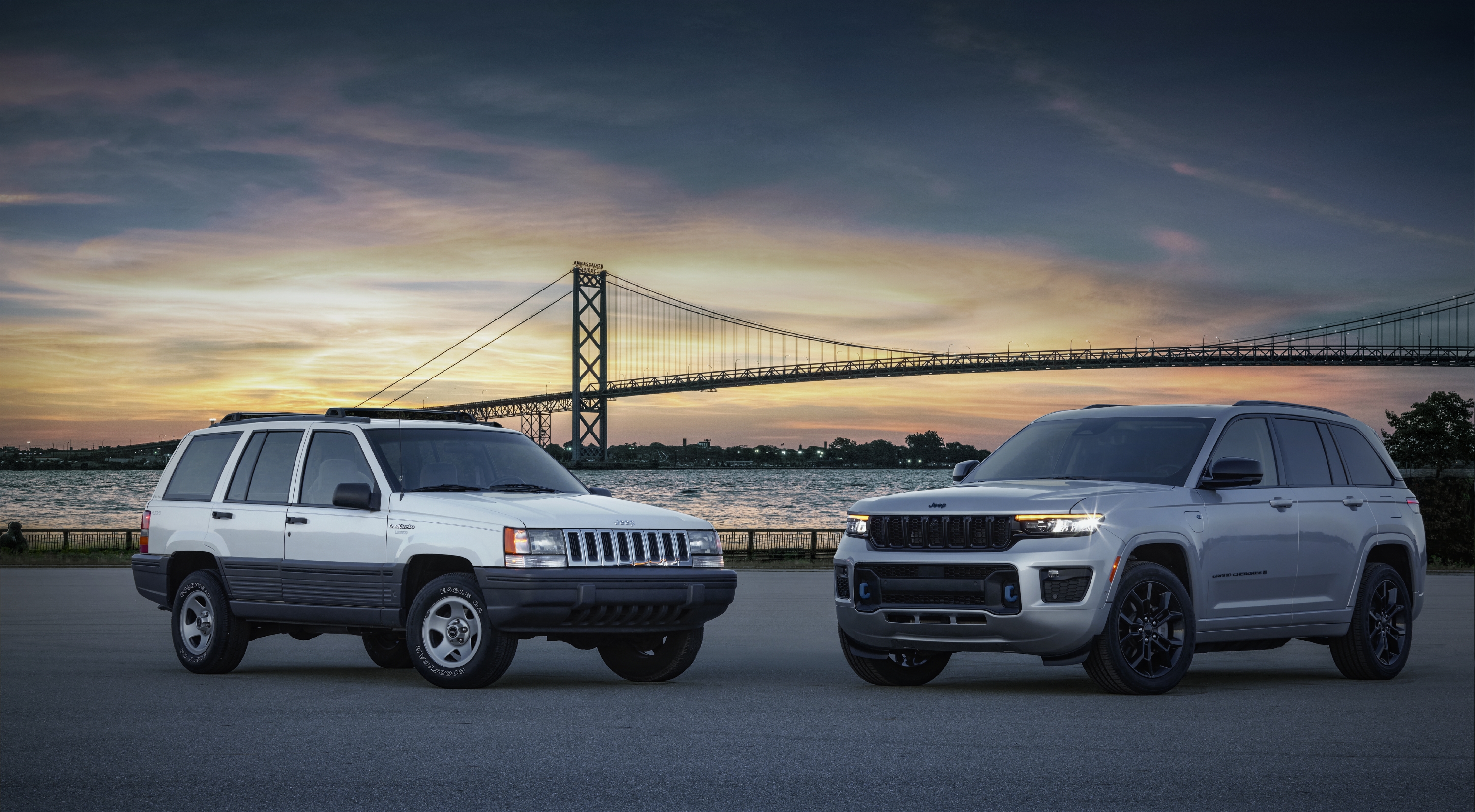