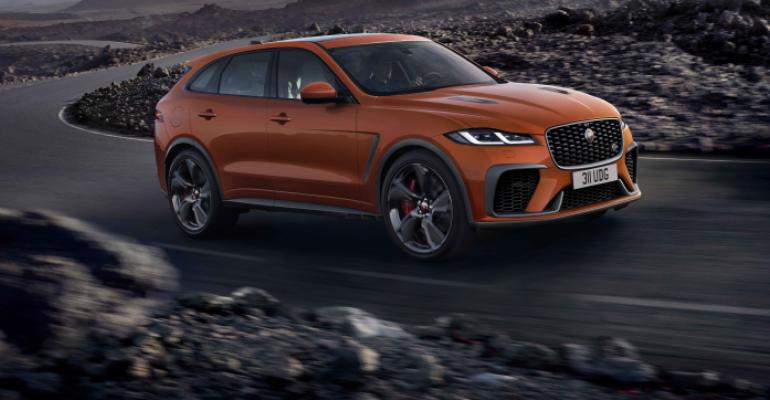 Jaguar says the SVR, its range-topping F-Pace performance model, has been designed inside and out with an eye on the automaker’s motorsport heritage.

Today, Jaguar sells more crossovers than anything else, but its first, the F-Pace, was starting to look long in the tooth when compared against its latest rivals from Europe. That’s about to change for the 2021 model year, as the crossover has gotten a notable update.

Jaguar announced the standard F-Pace’s refresh in October, and now the automaker has taken the lid off details of the CUV’s range-topping performance model, the SVR. The company says it has been designed inside and out with an eye on Jaguar’s motorsport heritage.

That’s nearly half a second faster than the previous model and a slight increase over its 176-mph (283-km/h) top speed.

The powertrain now will use the same torque converter installed in the Jaguar XE SV Project 8 sedan to handle the higher power output.

The F-Pace SVR’s 8-speed automatic transmission has been updated with a new feature called Dynamic Launch, allowing driveline inertia to maintain power to the wheels during gear changes. That contributes to the 2021 SVR’s quicker 0-60 mph time and should improve the high-speed driving experience.

Similar to moves made by Jaguar’s corporate cousin, Land Rover, the new F-Pace SVR will use a digital architecture that supports a range of new technologies and allows for a more intuitive interface and easier over-the-air updates.

It’s called Electronic Vehicle Architecture (EVA 2.0) and previously has been implemented in other Jaguar Land Rover vehicles such as the E-Pace and the new Defender.

Inside, the F-Pace has been revised with Alcantara inserts, Windsor leather and aluminum trim. Just as it did before, Jaguar offers sport seats with semi-aniline leather and will add carbon fiber to the SVR’s cabin if it’s requested. 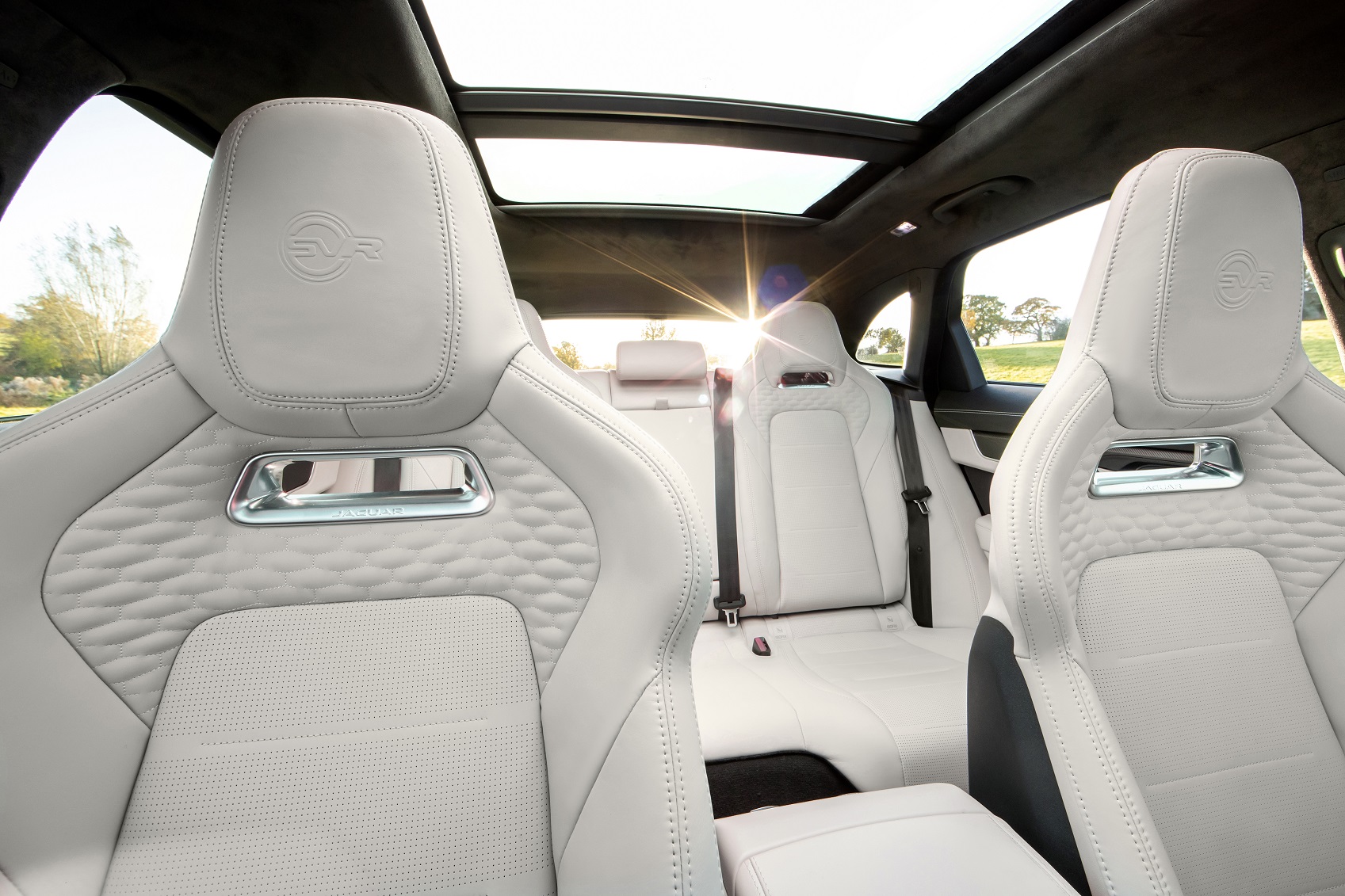 A new steering wheel joins the party with zinc-alloy paddle shifters and a split-rim shape.

Jaguar will back every new F-Pace and F-Pace SVR with Jaguar EliteCare coverage. That includes three different coverage areas for up five years or 60,000 miles (96,600 km): The new-vehicle limited warranty, complimentary scheduled maintenance and 24/7 roadside assistance.

Both the F-Pace and the F-Pace SVR will arrive at dealers starting in February. Jaguar says the standard crossover will go on sale roughly two weeks before the SVR. Pricing details will be announced closer to the vehicles’ release. 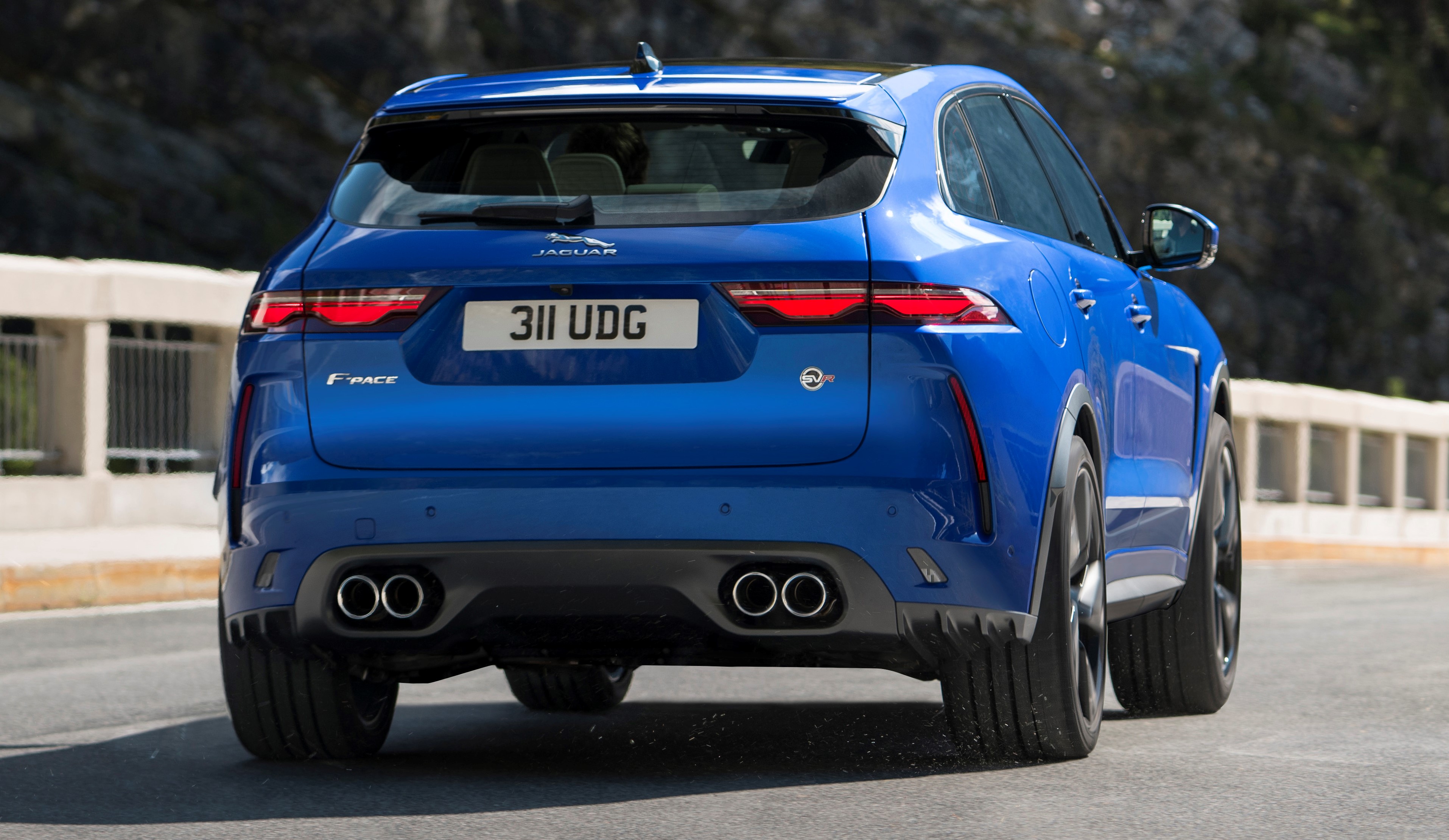