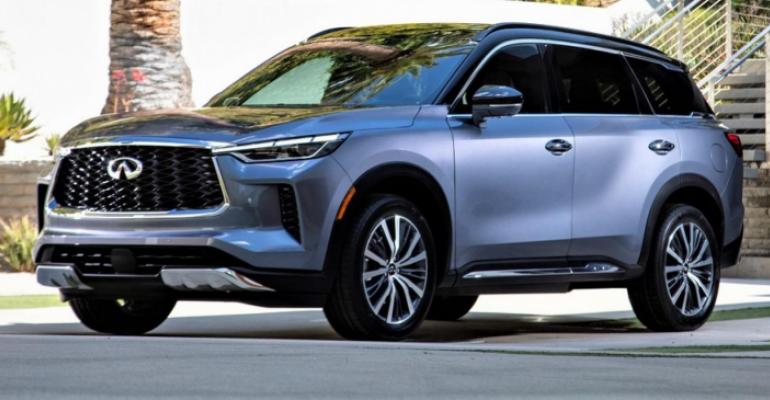 Infiniti has begun accepting reservations for the ’22 QX60 – carrying the tagline “Conquer Life in Style” – which arrives in dealerships this fall.

Infiniti announces pricing for its ’22 QX60 and unveils a marketing program allowing would-be buyers to pose questions to celebrities about the 7-passenger CUV’s design, technology and features.

The all-new QX60 is powered by a 295-hp 3.5L V-6 mated to a 9-speed automatic transmission. While the engine has ample power, the CUV is targeted at customers who “tend not to be auto enthusiasts,” Phil O’Connor, head of marketing communications and media for Infiniti USA, says July 12 during a live video presentation. People who are “incredibly busy” with children and careers will appreciate how the QX60 will fit into their lives, he says.

Infiniti has begun accepting reservations for the ’22 QX60 – carrying the tagline “Conquer Life in Style” – which arrives in dealerships this fall.

Infiniti has lined up five celebrities – sportscaster Erin Andrews, TV personality and style expert Clinton Kelly, Olympic gymnast Gabby Douglas and actors Misha Collins and Dule Hill – to answer customers’ questions about the QX60 via Cameo, a website and app on which performers from across the entertainment sectors appear in personalized videos.

The celebrities will answer questions about the CUV’s unique features, pricing and delivery information in one-on-one encounters with customers. Video responses on up to 100 topics will be leveraged as FAQs and archived for other customers to watch later, Infiniti says. 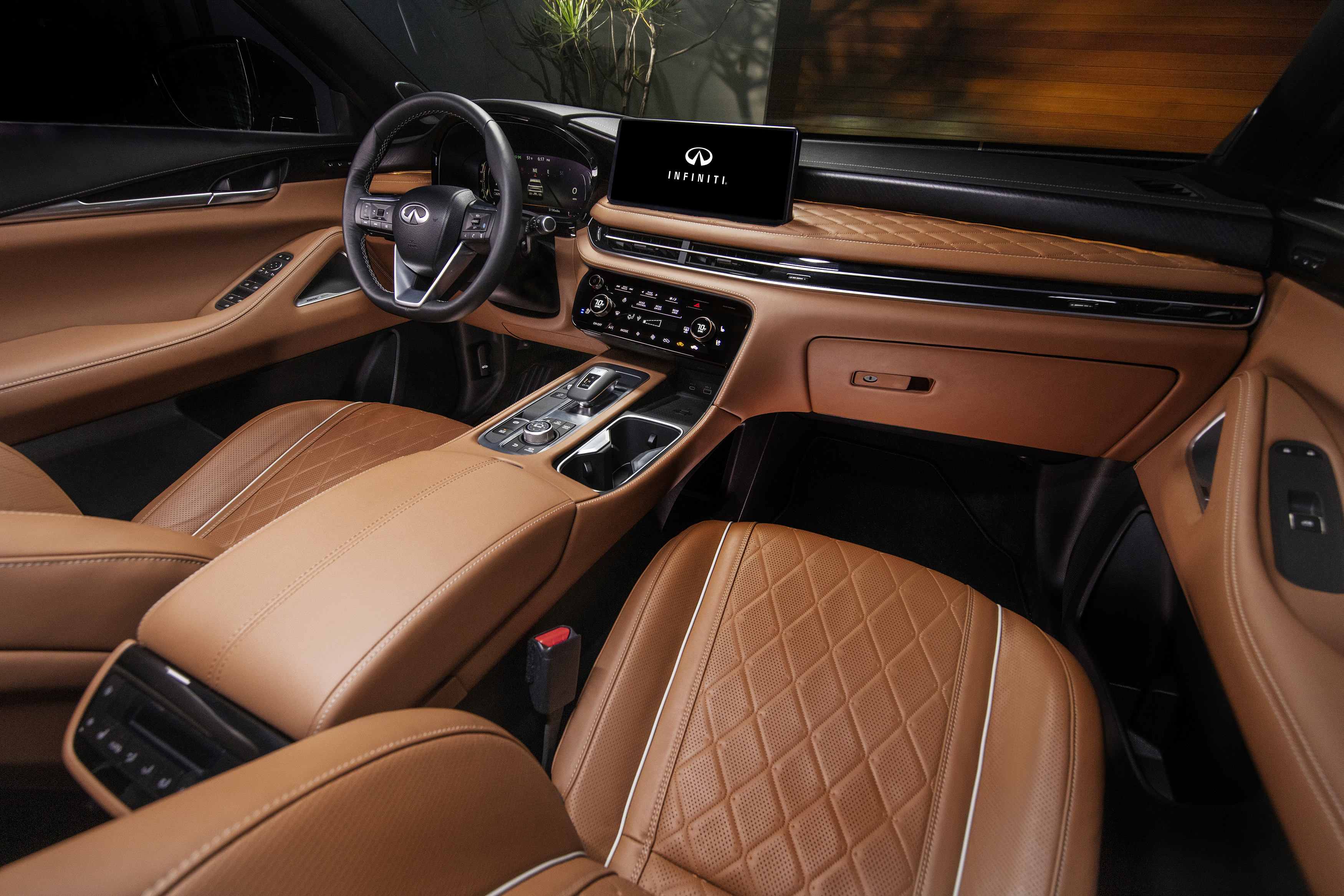 The Cameo personalities are the latest celebrity connection for Infiniti. The Nissan luxury brand featured Golden Globes winner and Oscar-nominated actress Kate Hudson when it introduced the QX60 in June, emphasizing her multiple roles as an actress, producer, entrepreneur and mother.

Infiniti is seeking to gain ground in the large luxury CUV segment. According to Wards Intelligence data, the Acura MDX is the runaway leader in the category, with 36,791 units sold during the first six months of 2021, compared with the QX60’s 4,306 – down 64.6% from a year earlier. Other competitors include the Volvo XC90, Audi Q7, Mercedes GLS and Cadillac XT6.