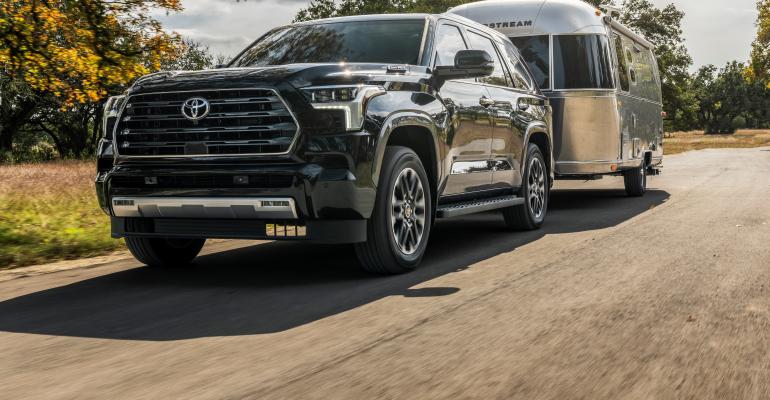 All five trim levels of the third-generation Sequoia are powered by a twin-turbo i-FORCE MAX hybrid V-6 producing 437 hp and 583 lb.-ft. of torque and paired with a 10-speed automatic.

The three-row Sequoia going on sale in summer 2022 is described by Toyota as “all-new from the ground up” and will be available in a TRD Off-Road package, a first for the model.

All five trim levels of the third-generation Sequoia are powered by a twin-turbo i-FORCE MAX hybrid V-6 producing 437 hp and 583 lb.-ft. (790 Nm) of torque and paired with a 10-speed automatic. Fuel economy estimates are not immediately available, but Toyota says fuel economy will be “a huge improvement over the previous generation.” 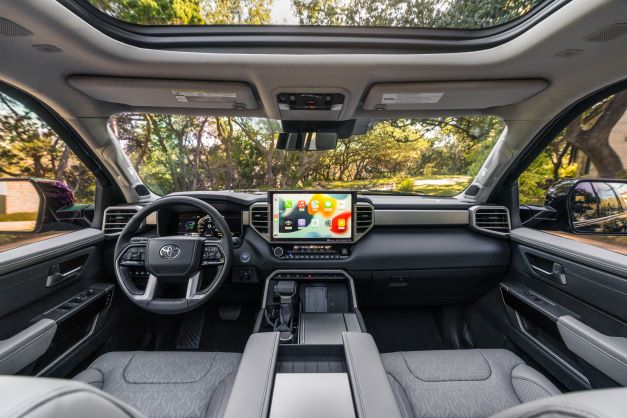 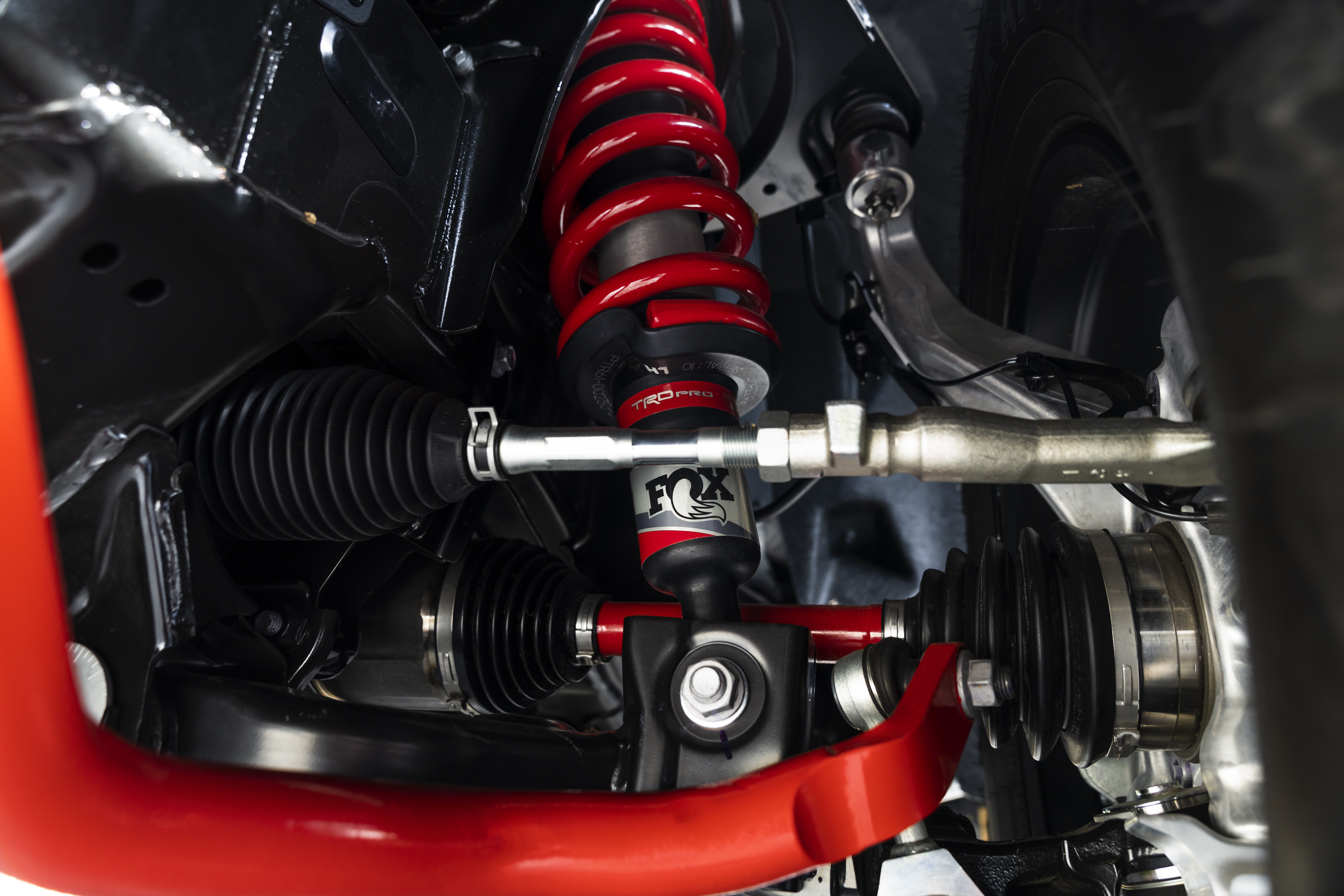 The top-of-the-line Capstone grade features unique chrome accents including standard 22-in. chrome wheels, a first for Sequoia. Standard power running boards provide access to standard semi-aniline leather-trimmed seats. The center console and passenger-side dash are accented with authentic American Walnut with an open-pore finish. Capstone is the only Sequoia grade to feature acoustic glass in the front doors for more exterior sound deadening.

The ’23 Sequoia’s new multimedia system, first launched in Tundra, is headlined by an 8-in. or available 14-in. touchscreen that controls the all-new Toyota Audio Multimedia system.

Toyota says this system offers an improved user experience thanks to new sight, touch and voice activation. With Intelligent Assistant available through Drive Connect – offered at no cost upon purchase and requiring a paid subscription after a trial period – phrases such as “Hey Toyota” activate the system for voice-activated commands to search for directions, adjust audio controls, change cabin temperatures and more. The cloud-based in-vehicle navigation system offered through Drive Connect allows for real-time over-the-air updates for mapping and points of interest.

Toyota Audio Multimedia allows for simultaneous dual Bluetooth phone connectivity. A Wi-Fi Connect subscription offers 4G connectivity for up to five devices by turning Sequoia into an AT&T Hotspot, and it also offers the ability to link separate Apple Music and Amazon Music subscriptions to the SUV’s infotainment system with Integrated Streaming.

The ’23 Sequoia will be assembled at Toyota Motor Mfg. in San Antonio, TX. Pricing information has not been disclosed. 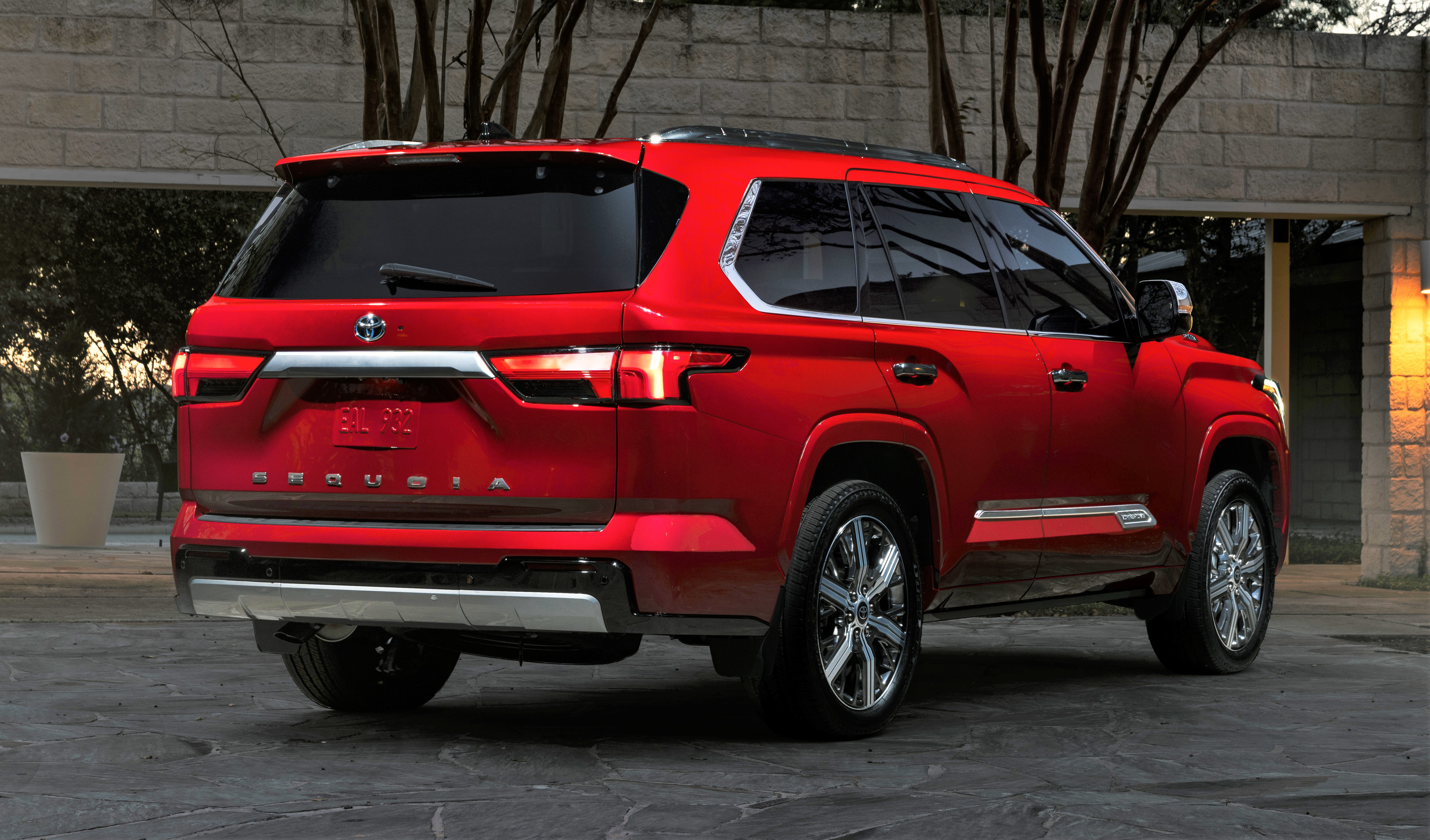