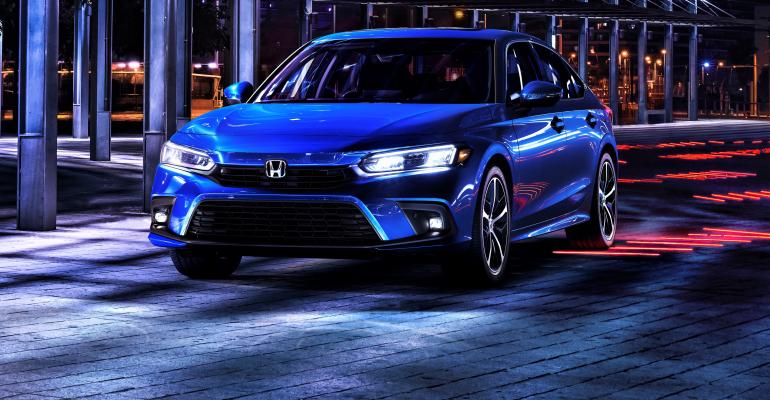 Honda’s ’22 Civic Refines Instead of Reinvents the Wheel

Better in nearly every way, the ’22 Honda Civic improves in the areas that matter most.

With the new ’22 Civic sedan, Honda isn’t trying to reinvent the compact car. Compared to previous Civic redesigns, most recently the still-polarizing 10th-generation model that debuted for the ’16 model year, the ’22 is mild instead of wild.

But don’t assume this is more a refresh than a redesign, because based on our firsthand experience doing everything but driving the ’22 Civic, it deserves its status as one of America’s best-selling cars (by retail sales).

Simple forms and minimalist style shape the sheet metal, accommodating a 1.4-in. (36-mm) wheelbase and windshield pillars moved back 2.0 ins. (51 mm). The hood is taller and flatter, improving pedestrian safety in a collision, while a wider rear track gives the car a planted stance.

The interior adopts a new “Simplicity and Something” design approach. The overarching goal is to make the Civic’s quality switchgear easy to operate and its displays easy to reference. But the car needs a little “something” to surprise and delight its owner. In the 11th-gen Civic, that element is the textured metal trim running the length of the car’s dashboard and extending into the door panels, onto which Honda deftly and cleanly integrates the air vents. 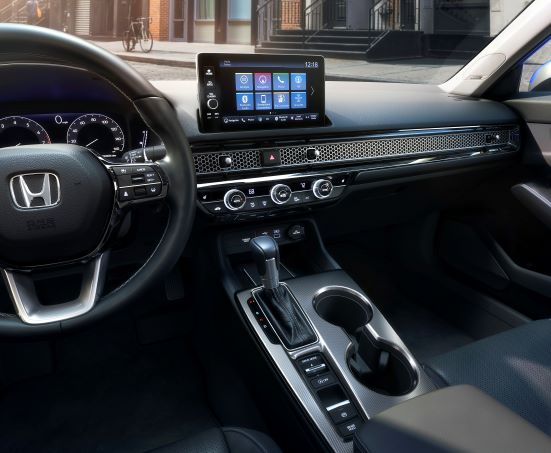 Honda upgrades the infotainment systems for this latest iteration. With LX, Sport (pictured above, left) and EX grades, the standard setup has a 7-in. (18-cm) touchscreen display, Apple CarPlay, Android Auto and knobs to control volume and tuning. The Civic Touring gets an exclusive 9-in. (23-cm) high-definition touchscreen display with wireless Apple CarPlay and Android Auto, wireless smartphone charging and navigation.

The Touring trim also equips the ’22 Civic with a new 12-speaker Bose Centerpoint premium sound system designed specifically for this vehicle and its acoustics. It sounded great as we sat in a motionless Civic parked inside a studio; whether this impression holds on the road remains to be seen.

Previously, the Civic offered a camera-based LaneWatch technology that worked only for the right side of the car. For ’22, the Civic gets a radar-based blindspot warning system that works for both sides of the vehicle. However, Honda restricts this safety feature to EX and Touring trim, and only the Civic Touring gets a rear cross-traffic warning.

Both engines employ a continuously variable transmission with improved step-shift programming to make it feel and sound more natural when the car accelerates. The LX and EX offer Normal and Eco driving modes, while the Sport and Touring add a Sport mode and paddle shifters that give a driver more control over the transmission’s ratios.

Honda also refines the  compact's ride and handling with increased structural rigidity, retuned steering and a reworked suspension. According to Honda, road shock and noise are down, too, by as much as 20%.

The '22 Civic goes on sale this summer. 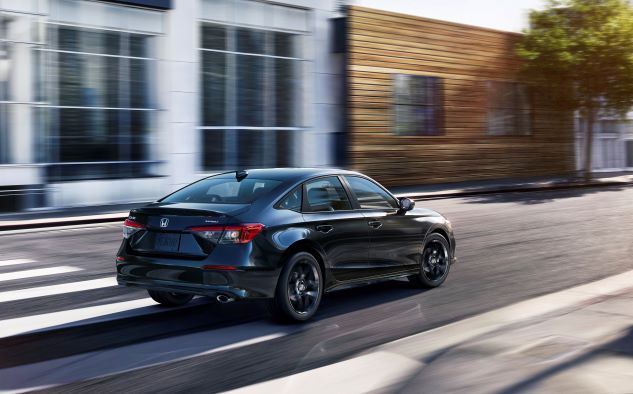