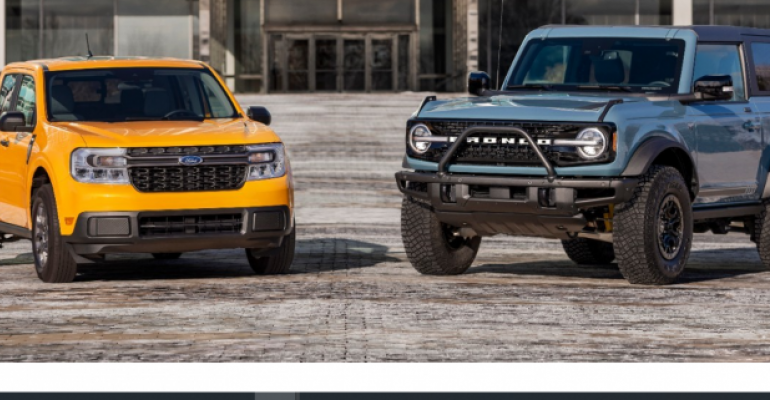 Ford
Ford's Maverick and Bronco were named 2022 North American Truck and Utility of the Year, while Honda Civic earned Car of the Year honors.
Vehicles

The Maverick sticks out most in my mind because in more than three decades of automotive journalism I have never seen an automaker pour more design effort and innovative ideas into an entry-level vehicle.

In a time of unprecedented demand for new vehicles that are in short supply, 50 respected jurors from print, online, radio and broadcast media in the U.S. and Canada test drove dozens of the latest vehicles and picked the Honda Civic, Ford Maverick and Bronco as North American Car, Truck and Utility of the Year.

These awards are unique and are among the most prestigious in the industry because they are chosen by a large panel of jurors coming from diverse media outlets and backgrounds, and the fact that NACTOY is an independent, non-profit organization, with dues-paying journalist members led by elected officers.

It sounds corny, but there are no losers on the list of nine 2022 NACTOY finalists.

They all are standouts in the factors judges take into consideration: segment leadership, innovation, design, safety, handling, driver satisfaction and value for the dollar. And given the fact that inventories are going to be tight this year, there are six great alternatives in case your first choices aren’t available.

To me, “value for the dollar” seemed to be the theme this year, with relatively affordable vehicles winning the day in a field that ran from the Ford Maverick with a base price of about $20,000 to the top-of-the-line Lucid Air Dream Edition at $170,000. (Less expensive models will available later at $78,000.)

The Maverick sticks out most in my mind because in more than three decades of automotive journalism I have never seen an automaker pour more design effort and innovative ideas into an entry-level vehicle. Have you ever seen a vehicle with strategically placed QR codes that give owners tips and YouTube videos on how to customize their vehicle or perform certain functions? I haven’t.

The Civic (pictured below) also is solid as a rock all around. It looks great, is a blast to drive and has a great interior. Lastly the Ford Bronco injects the SUV segment with new levels of fun and nostalgic style.

To me, “value for the dollar” is a fluid concept.

In addition to being a NACTOY juror, I also am a judge for the Wards 10 Best Engines & Propulsion Systems, Wards 10 Best Interiors and Wards 10 Best UX. And I’ve also spent the past year writing about what future vehicle cockpits will look like. 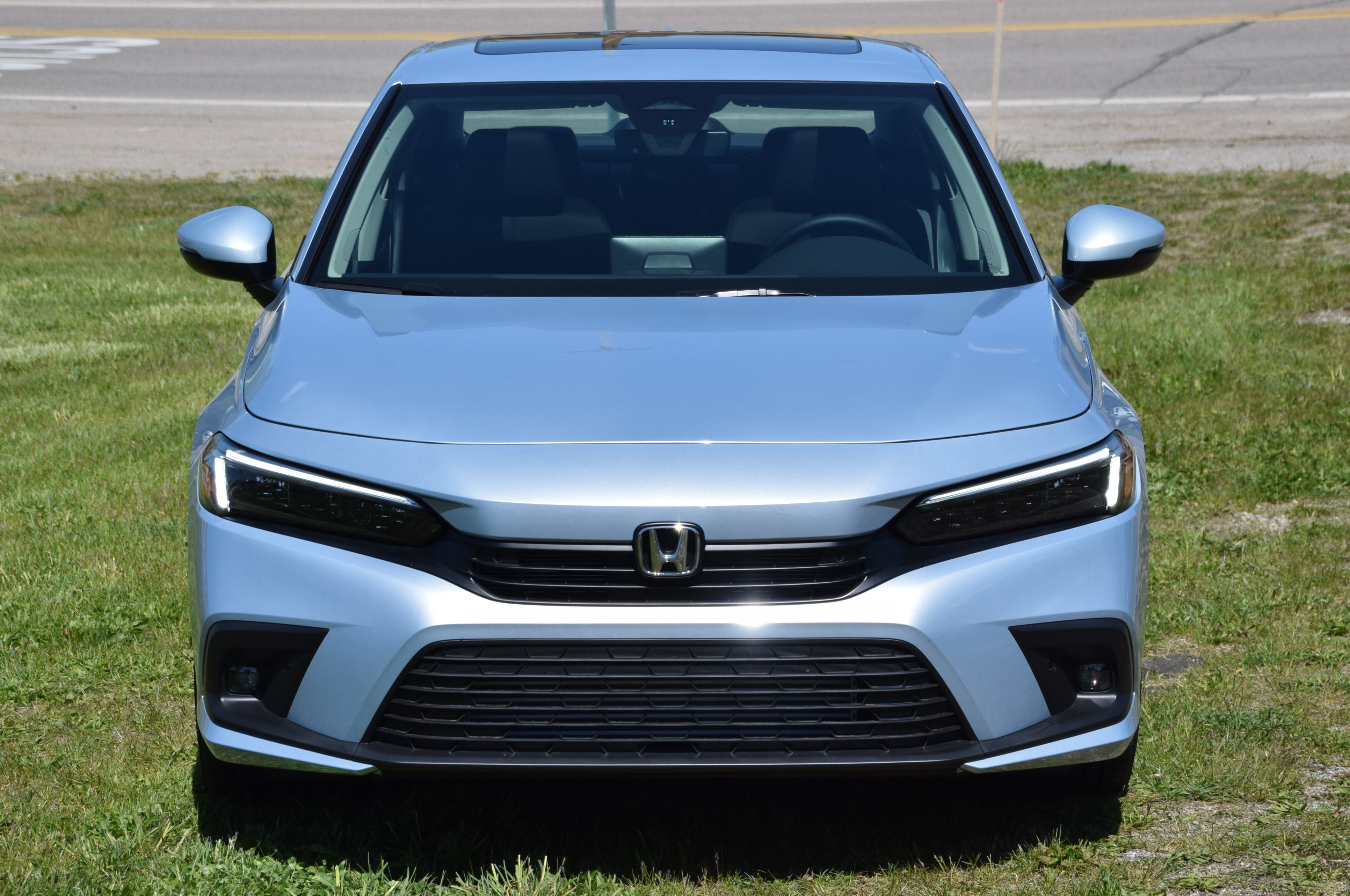 In the Wards judging, I don’t knock off a lot of points for high-priced vehicles with spectacular cockpit designs or innovative propulsion systems. The Wards trophies are industry awards, and they recognize industry achievements in design and innovation. New industry benchmarks deserve recognition because they eventually trickle down to more affordable models.

But the NACTOY awards are consumer-facing. With the median U.S. household income hovering around $67,000 and average new-vehicle transaction prices topping $45,000, it’s harder for me to vote for vehicles costing twice that amount or more for NACTOY honors. I think a lot of the jurors felt the same way.

But when I put my cockpit-design-expert hat on, my head wants to explode when I look at the nine finalists. From the top of the price range to the bottom, every single cockpit is a stunning achievement in its own way.

And that goes double for the three electric vehicles among the finalists: the Lucid Air luxury sedan, the Rivian R1T SUV and Hyundai Ioniq 5 SUV. Even though they didn’t  win, each brings new design ideas and concepts to the table. I’m surprised at least one EV didn’t make the final cut. 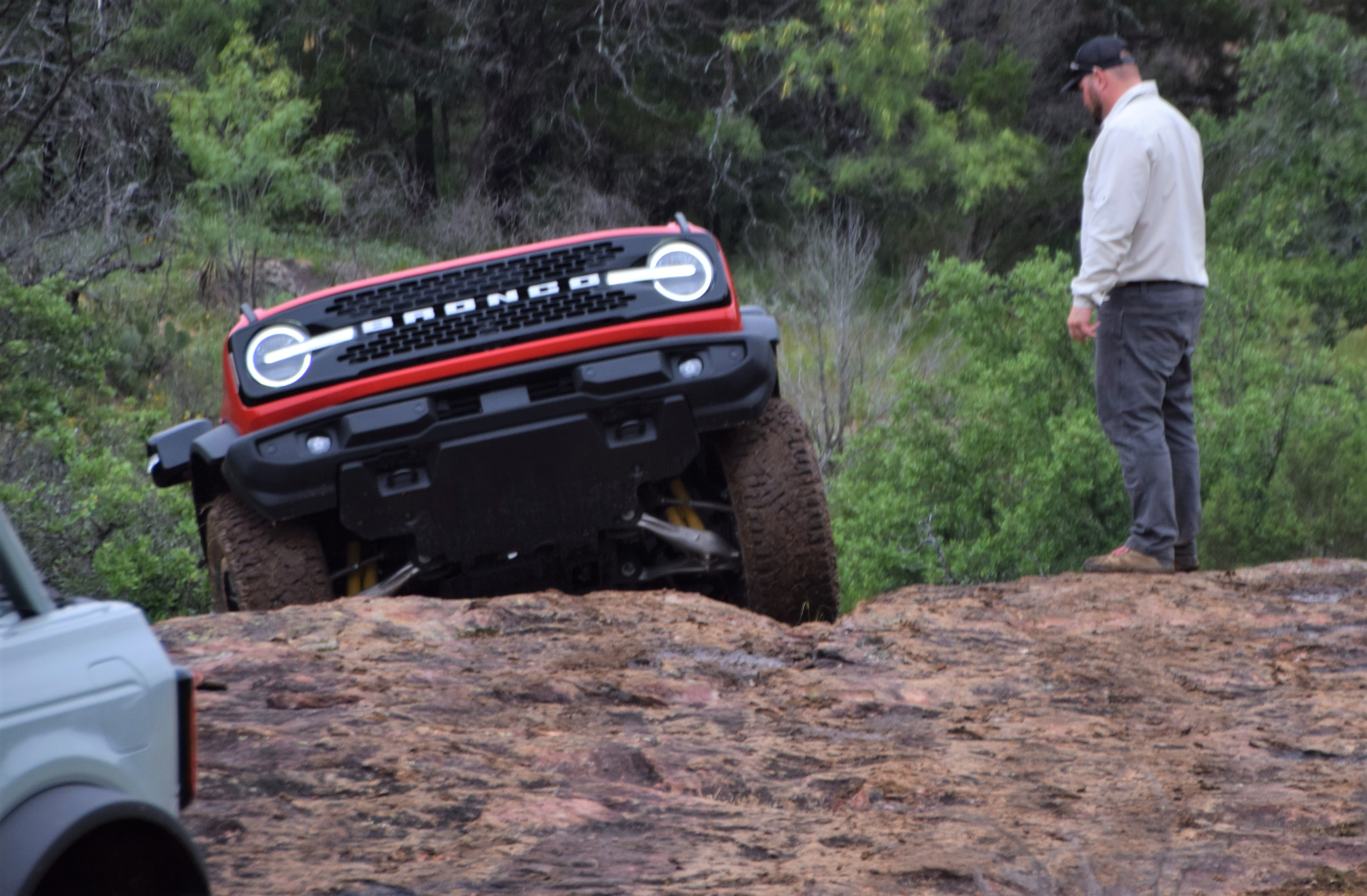 Who knew the desirability of EVs other than Teslas would go 0-60 in two seconds this year?

Yes, the top-of-line model Lucid Air Dream Edition has 1,000 hp, 500 miles (805 km) of range and a breathtaking $170,000 price tag, but its cockpit is uniquely spectacular. It uses space, light and glass to create a new type of open and airy environment. And this new interior language will be available in less expensive models priced around $78,000.

The Rivian R1T is the first electric SUV with a traditionally luxurious interior with truly rich materials and fine wood trim. Plus, it can be ordered with a premium electric grille that slides out from a special compartment behind the cabin for outdoor cooking.

The Hyundai Ioniq 5 is the most affordable of the three with a base price starting at $41,000.

In addition to having a range of more than 300 miles (483 km) it has a wonderfully wide, open and serene cockpit.

While it has the minimalist feel of some other EVs, it isn’t boring. Instead, it has a clean, roomy Bauhaus feel that is relaxing and limits distraction like an open design in an apartment.

I loved testing every one of these vehicles and I can recommend each one, not only the finalists.

It’s been a tough couple of years, but 2022 is going to be a great year for new cars, trucks and utility vehicles of all kinds.