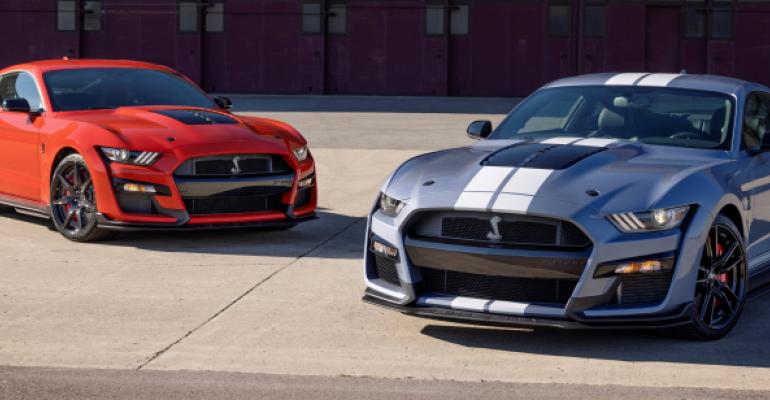 Mustang remains one of the most powerful brand names in the auto industry thanks to a combination of nostalgia and personalization that resonates with customers.

For the ’22 model year, the Mustang family is growing to include a new Mustang Shelby GT500, limited-edition Mustang Shelby GT500 Heritage Edition and the first-ever Mustang Coastal Edition in both coupe and convertible body styles, according to Owens, who showed off the new versions at an informal gathering along Woodward Avenue in suburban Detroit. 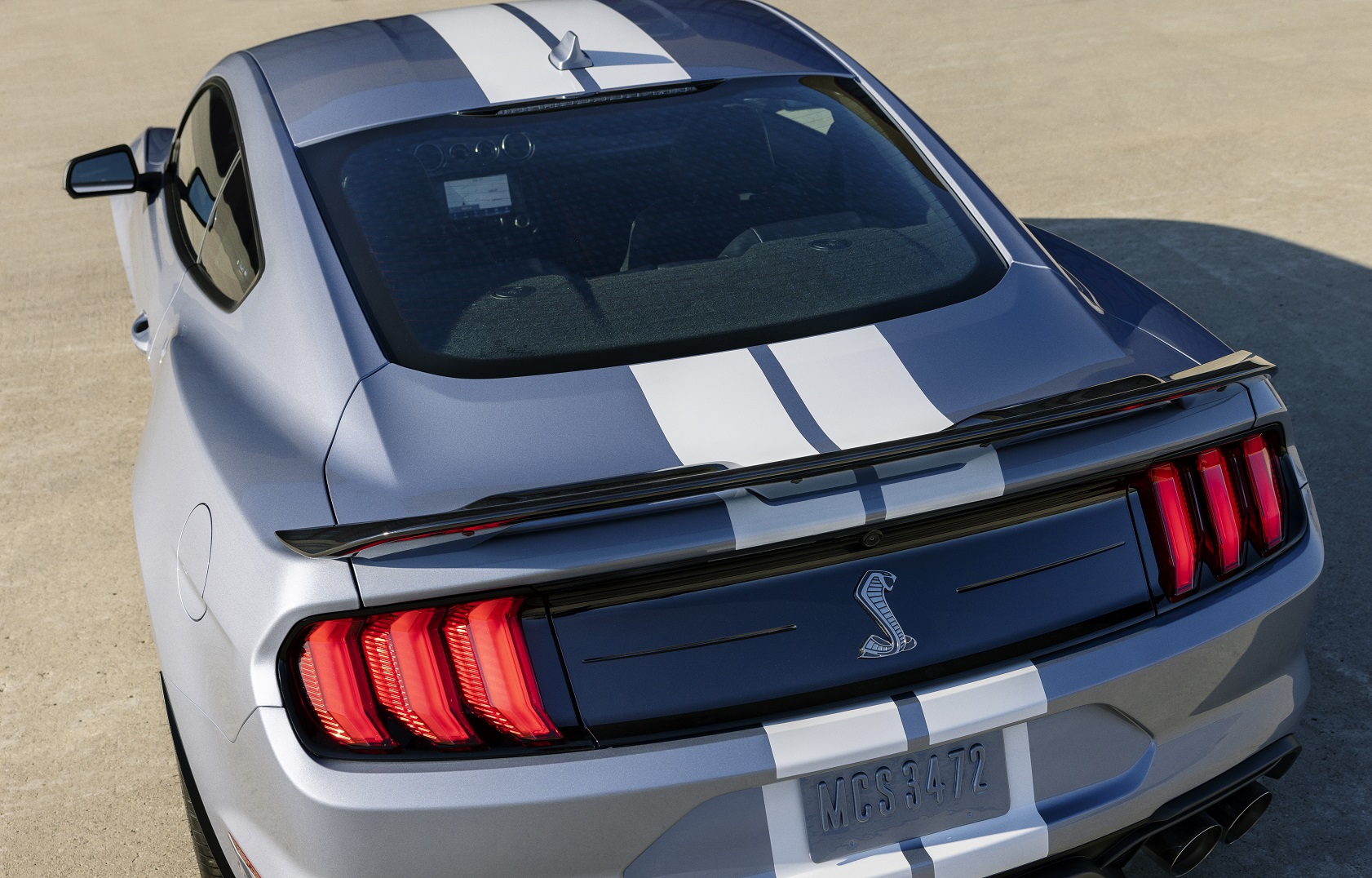 Dealers will begin taking orders for ’22 Shelby GT500 models, including the new Shelby GT500 Heritage Edition, on Nov. 15, with the vehicles going on sale next spring.

Owens says Mustang also is expanding its special editions by adding for the ’22 model year the all-new Coastal Limited Edition package (pictured above, below), which will be available on the 310-hp Mustang EcoBoost Premium fastback and convertible.

The Coastal package adds 19-in. machined-face aluminum with tarnished dark-painted wheels and vinyl side stripes that trace down the vehicle and come up over the hood. A signature Mustang rear fender side scoop, black grille, pedestal rear spoiler, Coastal lighted sill plate and Coastal instrument panel badge complete the package.

The Coastal Edition is exclusively available in Brittany Blue, a light blue that traces its origins back to the 1960s, as well as Cyber Orange and Rapid Red, Owens says.

While Ford has sold more than 10 million Mustangs in the past half-century, individual customers have continued to personalize their cars to make them their own, inspiring Ford’s designers and engineers, Owens says. 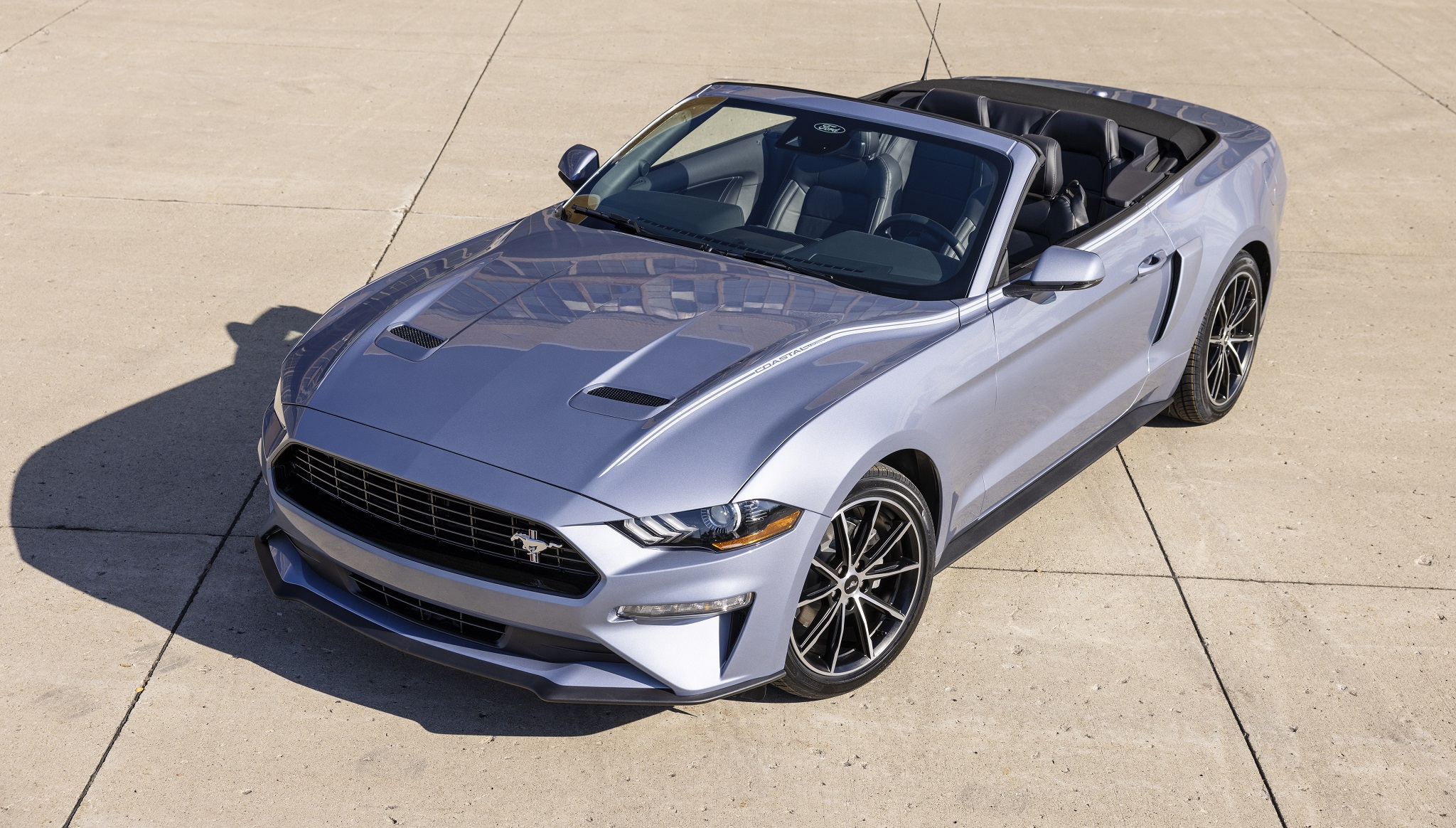