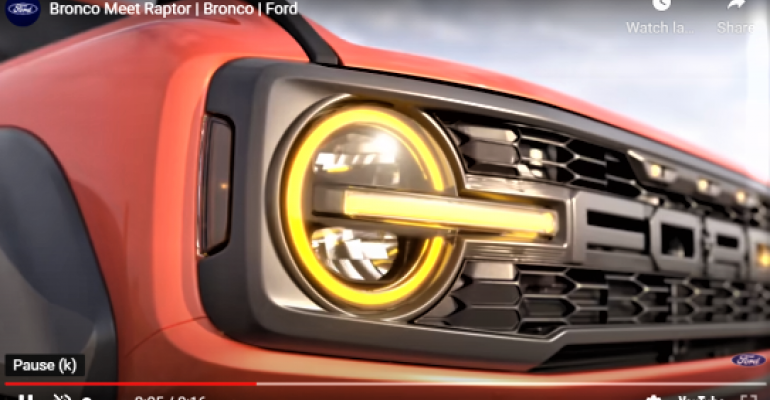 Ford is preparing three new versions of the Expedition SUV for 2022, including a Timberline Edition, described as the most capable off-roader; the Stealth, which will offer the most power; and a Platinum Edition with features such as Amazon Fire TV.

A Raptor version of the Ford Bronco SUV is on its way soon.

Ford announces at Motor Bella, the temporary replacement for the North American International Auto Show, that it plans to expand the Raptor portfolio during the 2022 model year. An F-150 Raptor pickup has been available for several years.

Jeff Marentic, head of Ford North American passenger vehicles, says the Bronco Raptor will appear in the next Jurassic Park movie, which is due out in June 2022.

“We have 125,000 orders for the Bronco,” he says, and offering a high-performance, off-road-capable Raptor version will create more excitement around Bronco.

Ford also is preparing three new versions of the Expedition SUV for 2022, including a Timberline Edition, described as the most capable version of the Expedition Ford has built; the Stealth, which will offer the most power; and a Platinum Edition with features such as Amazon Fire TV for entertaining rear-row passengers on longer trips.

The ’22 Expedition, updating the current-generation SUV that launched in 2017, comes with standard SYNC 4 or an optional SYNC 4A system with 15.5-in. (39-cm) high-definition touch display, which Ford says is the largest available screen in its class. The SYNC 4A interface uses machine learning to determine preferred driver choices.

SYNC 4 with a standard 12-in. (30-cm) center screen with information-on-demand panel allows customers to split the screen and control multiple functions simultaneously, including navigation, music and other features, such as towing information. 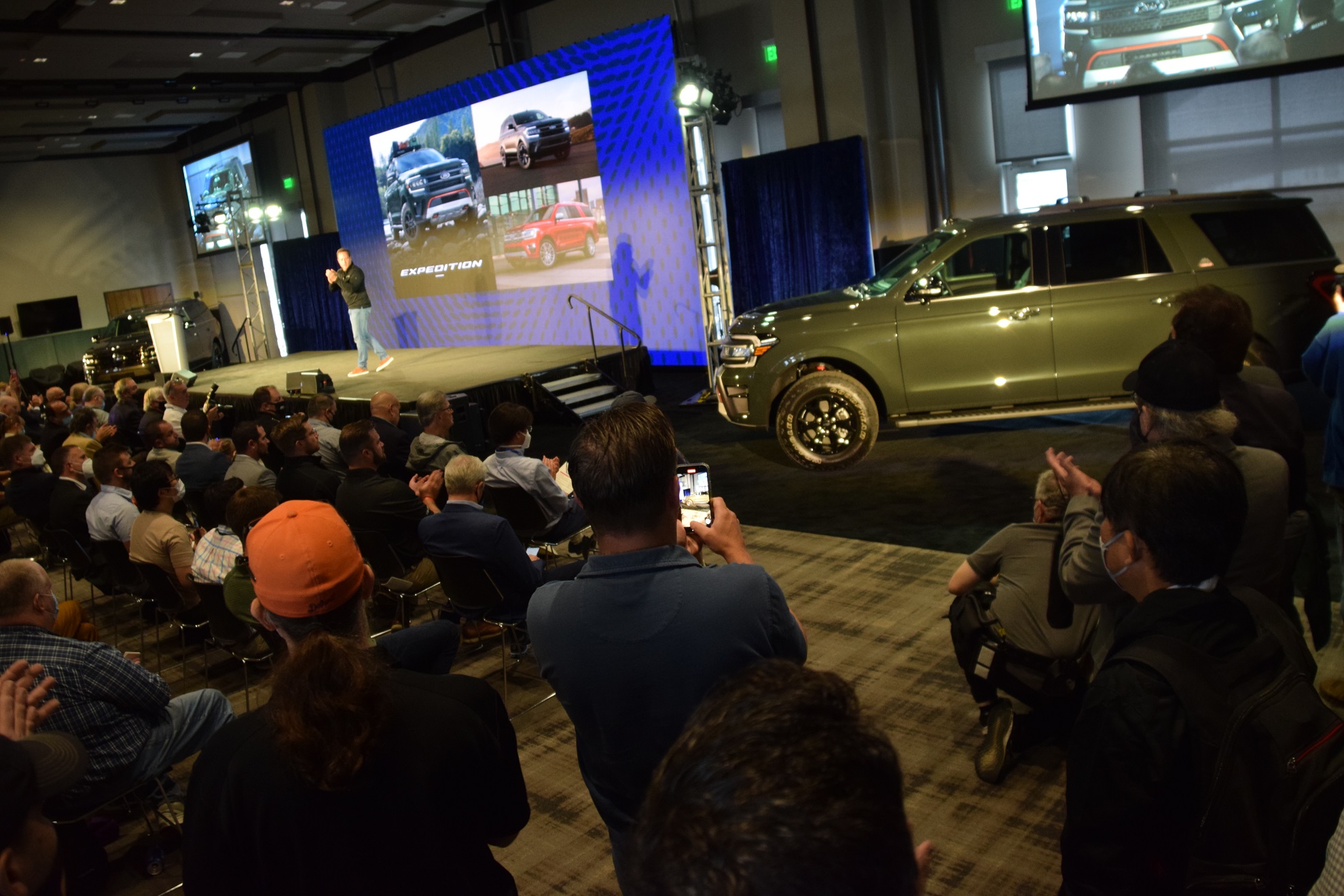 Timberline (pictured below) is built specifically to appeal younger millennial and GenX buyers interested in outdoor activities such as camping. This version of the Expedition has 10.6 ins. (269 mm) of ground clearance and underbody protection, including a steel skidplate also used on the F-150 Raptor. Timberline has more power than the Jeep Wagoneer but weighs 4% less and has a better power-to-weight ratio, Ford says.

The Expedition Platinum debuts Ford BlueCruise hands-free highway driver-assist technology, according to Mike Kipley, chief engineer for the Expeditions. The new feature builds on adaptive cruise control with stop-and-go, lane centering and speed sign recognition. It allows hands-free operation while the driver is monitored by a camera to ensure eyes stay on the road, he says. 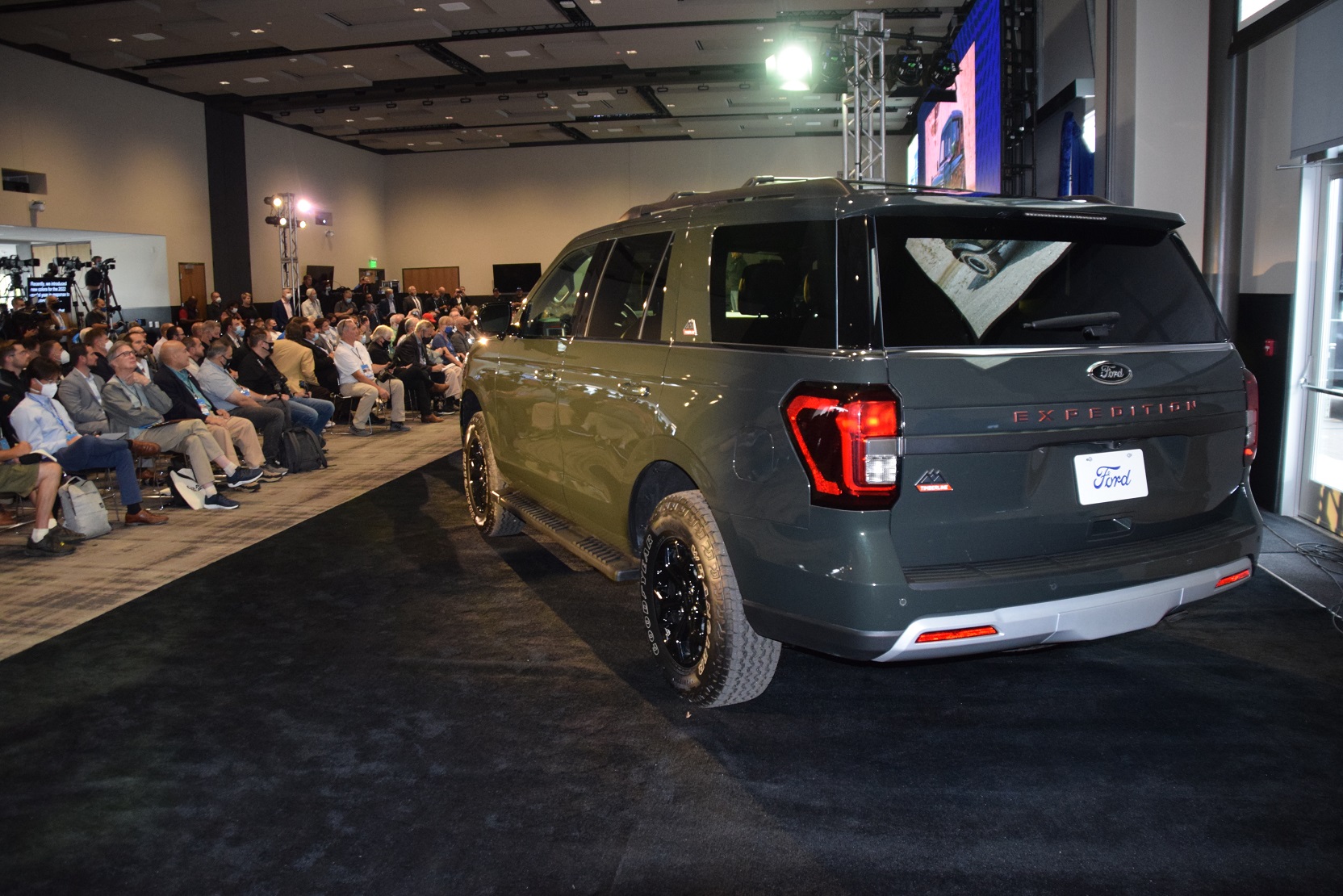