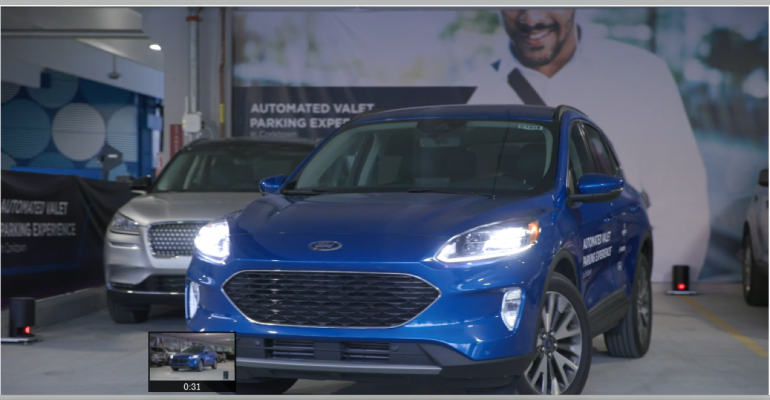 The solution Bosch and Ford are testing allows drivers to pull into the garage, get out of the car and use their smartphone to tell the car to park itself.

Parking may not seem like the most difficult thing, but it is a challenge for both cities and machines. Let’s start with the city, specifically Detroit.

“Five years ago, Detroit never would have imagined that one of the primary choke points in development would be a lack of parking, but it’s very much a problem today," Detroit Mayor Mike Duggan says. “The idea that you could get 20% more cars into the existing (parking) decks just solves a practical problem.”

Duggan didn’t just pull the 20% out of a hat. Speaking during a technology demo hosted by Ford and Bosch, he was referencing a potential benefit of a new automated valet parking (AVP) system. The two companies are testing the AVP in the city’s Corktown neighborhood in Bedrock’s Assembly Garage, a residential redevelopment project by the commercial real estate company. Ford is providing the vehicles (specially outfitted Escape SUVs) and Bosch the sensors and other guiding technology.

This may be the first infrastructure-based AVP solution that has a vehicle park itself inside a garage in the U.S., but these are not the first self-parking cars in the world. Bosch tested a similar system with Mercedes-Benz in Stuttgart, Germany, and some Tesla electric vehicles can perform a similar feat, relying on their in-car sensors, to cite just two other examples.

Which brings us to what a challenge it is for a machine to park itself. The solution Bosch and Ford are testing allows drivers to pull into the garage, get out of the car and use their smartphone (below, left) to tell the car to park itself. Then, using vehicle-to-infrastructure (V2I) communication with Bosch’s intelligent parking infrastructure, the car connects to the garage's Wi-Fi network and a server on site determines where it should move.

Safety is handled by the infrastructure sensors as well, telling the vehicle to stop if someone or something gets in the way. When they are ready to leave, drivers can summon their vehicles, again using their phones. To work with a connected garage, the Escapes need both an embedded modem and control-by-wire capabilities, says Ken Washington, chief technology officer at Ford. 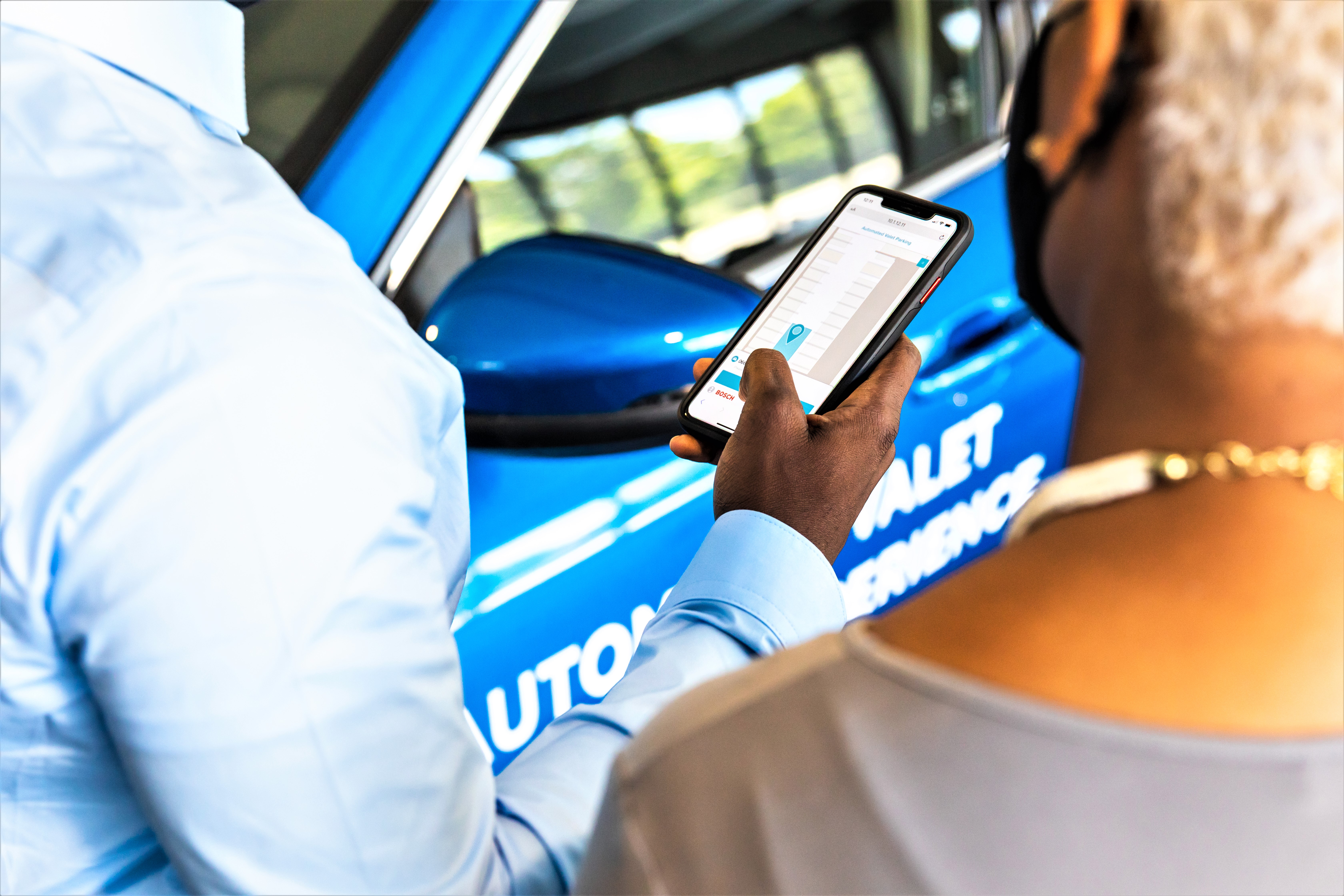 “The garage is actually pulling the vehicle in,” he says. “The vehicle is receiving the messages from the garage using the modem and then it is sending commands to the steering, braking and acceleration modules on the vehicle.”

Since the cars will park themselves without anyone inside, they could end up parked closer together than normal, which is why Ford and Bosch – and Duggan – promote the idea as a space saver, parking 120 cars where today you could fit 100. But while this saves space, it does bring about other challenges, such as what happens if there's a power outage, and it’s difficult for a human to get back in the car to drive it out of the wedged-in space.

A battery backup might be an option, says Mike Mansuetti, president of Bosch in North America, but this sort of edge case is exactly what the demonstration is meant to solve. The system will be in use at Bedrock until the end of September.

“We want to continue to learn about all things, from a redundancy and resiliency point, and look at everything that can go wrong,” Mansuetti says.

Despite the challenges, Washington says Ford is happy to show off this automated parking technology now, even if it is not yet production ready. Customers want it, cities want it and Ford wants to offer it as soon as possible because, remember, finding parking can be an annoyance.

“Bringing automated valet parking of more than one type is absolutely, squarely on our high-priority roadmap,” Washington says. “We are very, very focused on bringing better experiences to our customers, both retail and commercial vehicle customers, and we have heard loud and clear… that (parking) is a real pain point.”