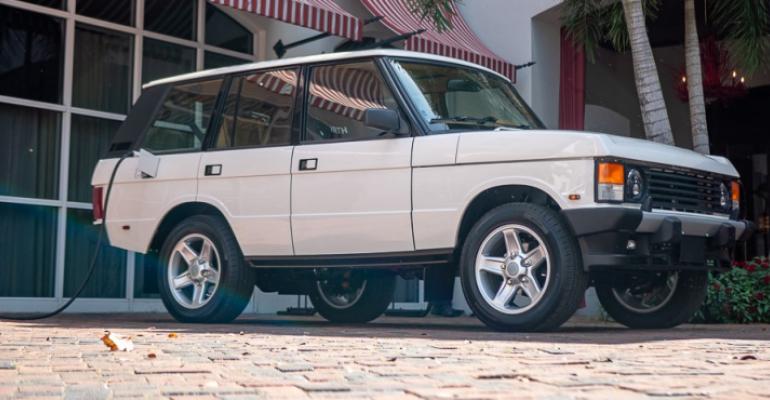 For its first conversion, ECD Automotive Design took a 1995 Range Rover Classic and replaced the powertrain with a 450-hp motor and a Tesla 100-kW battery pack sourced from Electric Classic Cars in the U.K.

Not too far from Orlando, FL, in Kissimmee, there’s an ordinary-looking industrial building with a curious collection of what appears to be a fleet of well-cared-for classic Land Rovers in the parking lot.

Around back are more Land Rovers in various states of disrepair. If you’ve found this motley collection, you know you’ve arrived at ECD Automotive Design, which has been restoring classic Land Rovers – that is, vehicles that are over 25 years old – with new engines, interiors and exterior work since 2012.

This year, the company finished its first all-electric conversion, and it has another dozen or so electric models on the way.
For the first conversion, ECD took a 1995 Range Rover Classic and replaced the powertrain with a 450-hp motor and a Tesla 100-kW battery pack (pictured, below) sourced from Electric Classic Cars (ECC) in the U.K.

This swap gives the vehicle a range of about 220 miles (354 km) and the ability to go from zero to 60 mph (97 km/h) in 5.2 seconds.
Called Project Ski, the now-all-electric Range Rover Classic is just the first in a list of zero-emission conversions ECD will work on in the coming year. As a small company working on bespoke vehicles, projects aren’t exactly done in a day.

In fact, ECD only builds around 60 vehicles a year, but ECD owner Scott Wallace says customers know that going in and don’t mind waiting the 12-14 months it takes to go from ordering their restored Land Rover to actually driving it. Wallace believes the engaging build process is exactly the reason customers are drawn to ECD.

Walking through the ECD facility, you will hear employees regularly refer to the cars they are working on (or have finished) by the customer’s first names. And some customers who purchased their vehicles four or five years ago feel the same kind of connection and still regularly talk to their contacts at ECD. Sometimes it’s to source a replacement part or schedule a repair; sometimes it’s just to talk cars. 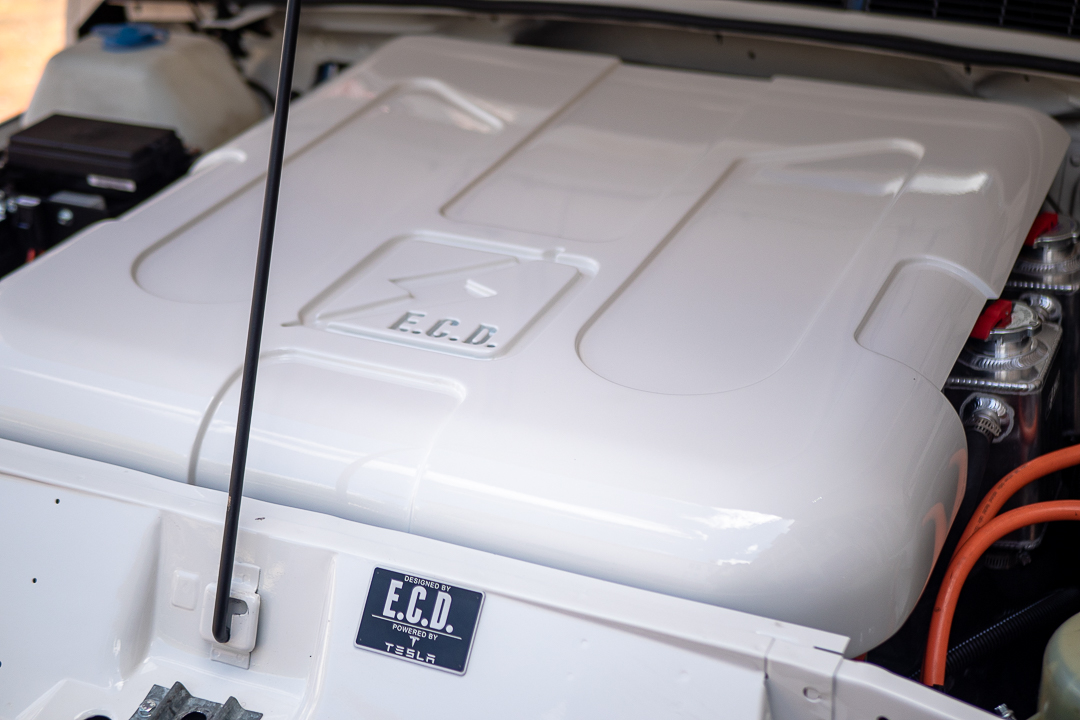 “I think we have a good relationship with almost every one of them, because it’s an involved journey,” says Elliot Humble, one of ECD’s co-founders (along with his brother Tom Humble and Wallace). “For six to eight months, there’s no car. It’s all back and forth to talk about the design and what we’re going to do. We send out updates every two weeks, so even if they’re not talking or not engaged, it sparks a conversation.”

Conversations with customers helped ECD develop its first EV. ECD started thinking about offering an electric drivetrain about two years ago but quickly realized they couldn’t do everything in-house. Following a bit of a search, ECD partnered with ECC to make going electric “just another drivetrain option at ECD,” Wallace says.

Adding the electric powertrain option to a Defender restoration costs $45,000 on top of the $190,000 base price. The average price for any ECD vehicle is about $250,000, as the average customer adds about $54,000 in upgrades to their new old cars, Elliot Humble says. Because ECD only produces 60 vehicles a year, Wallace says, it can’t afford to put vehicles on the line for less than $190,000.

ECD went with a Tesla powertrain for its first conversion because “the aim was always to make it easy to maintain and source parts as easy as possible,” Elliot Humble says. Future ECD electric models might use non-Tesla components, though, now that General Motors and Ford have announced they will offer electric “crate engines” (the Chevrolet Performance eCrate and the Ford Eluminator) for just these kinds of EV conversion projects.

Speaking of the future, ECD isn’t worried about its business prospects when Land Rover inevitably introduces its own zero-emission Defender.

Over the years, ECD has navigated a fine line between generating online attention and not upsetting the brand’s owners. Land Rover asked ECD to change its name when it was still called East Coast Defender, which ECD was happy to do. ECD also agreed to use long-tail descriptive keywords – “LS3-powered custom Defender” instead of just “Defender,” for example – in its online presence.

“You actually should be thanking us,” Wallace says, speaking as if to Land Rover. “Since you exited the U.S., we’ve been a billboard for you, so when you launched this new, shiny Defender, we created a market that doesn’t want our product, can’t afford our product, but does want your product. The word Defender has been reinforced, so you’re welcome for us giving you a billboard in the U.S.” 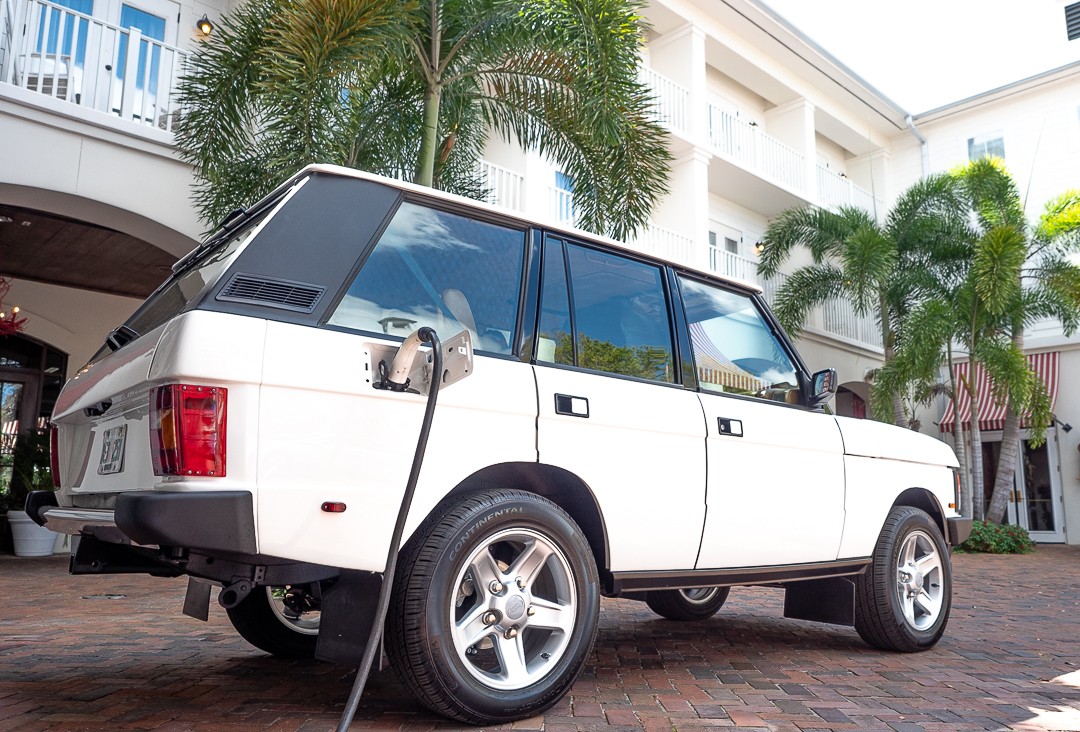